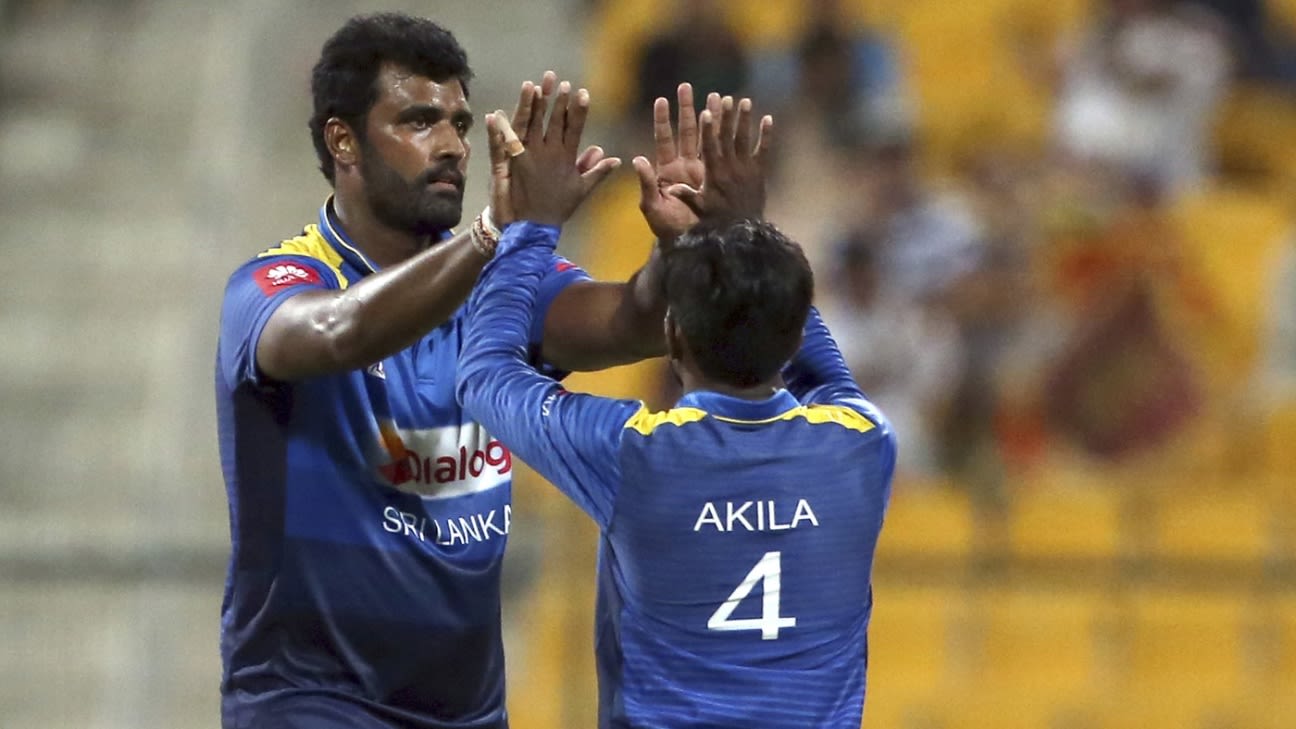 Sri Lanka allrounder Thisara Perera has announced his retirement from international cricket. A white-ball stalwart, Perera was known for his hit-the-deck bowling and his clean ball-striking down the order. Of all batters with at least 2000 runs in men’s ODIs, Perera’s strike rate of 112.08 is the fourth-highest of all time.

He conveyed news of his retirement to Sri Lanka Cricket on Monday morning. While he will no longer turn out for Sri Lanka, the 32-year-old has confirmed he will continue to play franchise cricket. For starters, he has indicated that his involvement with the Jaffna Stallions Lanka Premier League franchise, of which he is captain, will carry on. Perera has at various points over the last few years been unable to pursue opportunities with T20 franchises around the world due to national commitments.

His retirement came after he is understood to have been told by Sri Lanka’s team management that he, along with several other senior cricketers, would not be picked for the forthcoming ODI series against Bangladesh, with the team looking to blood new players. He was, however, still in the mix for T20Is, with a view to him potentially being part of the T20 World Cup side later this year.

Although Perera’s ODI form has been patchy at times, his striking ability was still viewed by most selection committees as a significant asset in the shortest format. However, Sri Lanka’s refusal to make him a mainstay of their limited-overs XIs since 2015 is understood to have led to frustration.

Perera had also been perturbed by his sidelining from the Test team, despite his having taken four wickets and struck an 86-ball 75 in the last game he played, against Pakistan in 2012. In fact, these Test frustrations had prompted him to hand over a notice of his Test retirement to the board at age 28. The board had not taken this letter particularly seriously; in any case, a Test retirement was moot, because he had not been in the frame for selection in that format for several years.

He had, however, been elevated to captaincy in the white-ball formats, leading Sri Lanka in three ODIs in 2017, as well as nine T20Is between 2017 and 2018. Although his wicket-taking ability with the ball had waned since his earliest years in the team, Perera remained capable of ballistics with the bat. His highest score of 140 off 74 balls (only international hundred) came in January 2019. In 2020, he was Sri Lanka’s third-highest scorer in a victorious ODI series against West Indies, having produced 106 runs at a strike rate of 136 through the course of three matches.

Nevertheless, the onus on developing young talent with a view to the 2023 ODI World Cup has seen him drop out of favour with selectors.

Perera would be remembered, also, for his contributions to Sri Lanka’s 2014 World T20 triumph, and for hitting the winning six in that final, after being sent up the order.