During last 20-month period since November 2019, WHO has identified six different variants of coronavirus, and named them by the first few letters of Greek alphabet, i.e. Alpha, Beta, Gamma, Delta, Epsilon, Lambda etc.

If the current vaccination drive is continued in the same pace without any major interruption, the country could be fully reopened in September this year, the government anticipates. Though there were some issues in the vaccination programme at the beginning, it appears that it is back on track at present. During the second week of July, Sri Lanka has administered an average of 300,000 COVID-19 vaccines per day, and it clearly indicates that the vaccination drive in the country has been accelerated. 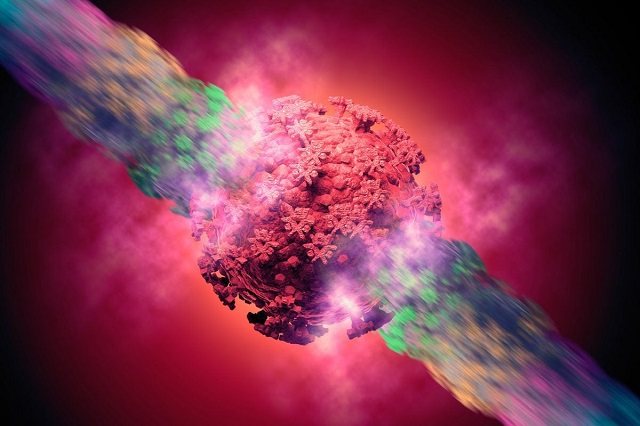 As of July 15, Sri Lanka has received a total of 9,231,000 doses of different types of vaccines, and another 14,200,000 doses to be received in the near future. The government has ordered 10 million doses of Chinese made Sinopharm vaccine, while the Chinese government would provide another 1.6 million Sinopharm doses as a gift, State Pharmaceuticals Corporation Chairman, Dr. Prasanna Gunasena told the media recently. In addition, Sri Lanka has already received 1.5 million doses of Moderna vaccine from USA under the WHO Covax facility, and will receive about 1.4 million doses of AstraZeneca vaccine as a gift from the Japanese government, Dr. Prasanna Gunasenaadded. Thus, the government’s target to vaccinate as possible as a large number of people by September, could be achieved.

As of July 15, 7.5 percent (1.628 million) of the total population of Sri Lanka have received both doses of the vaccine, while 24 percent or 5.175 million people have received at least one dose. The government plans to inoculate all the people above 30 years of age in the Western province by the end of July, and achieve the same target in other provinces by the end of August. Experts believe that the so-called “Herd Immunity”could be achieved by vaccinating a larger proportion of the population.Herd Immunity, also known as the Population Immunity, is the indirect protection from an infectious disease which happens when a population is immune either through vaccination or immunity developed through previous infections. WHO usually supports achieving Herd Immunity through vaccination, not by allowing a disease to spread through any segment of the population. Hence, most of the countries have given priority for vaccination drive in their attempts to curb the COVID-19 pandemic.

However, people should strictly adhere to the health guidelines even after getting fully vaccinated, health experts advise. In other words, getting both doses of the vaccine is not a license to roam around freely.“Now we are controlling the patients and the virus while counting on the assurance of the vaccines. Even, after getting the vaccines, we cannot think of moving forward with our social activities as before the beginning of the pandemic. Having such thoughts is a myth,” Sri Lanka Medical Association (SLMA) President, Dr. Padma Gunaratne said in a press briefing on July 20.

There were numerous casesaround the world, where fully vaccinated people also got infected with the virus. One of the latest examples is the recently appointed British Health Secretary, SajidJavidwho has been tested positive for COVID-19 after being fully vaccinated. SajidJavidsaid in a video message that he has had both shots of a vaccine and as such his symptoms are very mild.

What we should understand is that the pandemic situation is still far from satisfactory and the threat still prevails. 38 patients infected with dangerous Delta virus variant were already found in Sri Lanka, and it is really threatening. Health experts suspect that 30 percent of COVID patients in the Colombo district are infected with Delta variant. Thus, Delta might become the dominant variant in Sri Lanka in the near future, if proper measures were not taken in time. SLMA has recently warned that the country is heading towards the first phase of the COVID-19 fourth wave outbreak, due to the spread of Delta variant.

During last 20-month period since November 2019, WHO has identified six different variants of coronavirus, and named them by the first few letters of Greek alphabet, i.e. Alpha, Beta, Gamma, Delta, Epsilon, Lambda etc. The virus variant first found in UK was named as Alpha,  while the one first discovered in South Africa was labelled as Beta. Brazil variant was named as Gamma and the Indian variant as Delta. However, details about the Lambda variant found in Peru and Epsilon variant recently discovered in California state of USA are not available to date.

Delta, earlier known as B.1.617.2, first discovered in India in October 2020, has already spread in more than 104 countries. Delta is said to be the most dangerous virus variant, and was responsible for disastrous second COVID wave started in the latter part of April in India. Delta variant has completely paralyzed the Indian health system and resulted in a huge number of deaths. Delta seems to be around 60 percent more transmissible than the Alpha variant, according to early research data. The data, from England and Scotland, suggest that a person is twice as likely to be hospitalized if infected with the Delta variant compared with the Alpha. As reflected by hospitalization risk, Delta seems to be associated with an increased disease severity.Delta variant has threatened even the countries where further spread of virus has been controlled to some extent thanks to speedy vaccination drive, and is already dominant in countries like Australia, Indonesia and Israel.

Addressing a press briefing on July 12, the WHO Chief TedrosGhebreyesus has said that the Delta variant is ripping around the world at a scorching pace, driving a new spike in cases and deaths. He warned that the variant, now in over 104 countries, is expected to soon be the dominant COVID-19 strain circulating globally, adding that the world is watching in real-time how the COVID-19 virus continues to change and become more transmissible. “My message today is that we are experiencing a worsening public health emergency that further threatens lives, livelihoods and a sound global economic recovery. It is definitely worse in places that have very few vaccines, but the pandemic is not over anywhere,” he said.

So, it is clear that the vaccination alone cannot prevent the further spread of the virus. Vaccination alone cannot bring the society to the pre-COVID situation. While the measures, such as the acceleration of the vaccination drive, speedy identification of infected patients, imposing travel restrictions when and where necessary, are to be taken by the authorities, we should strictly adhere to the health guidelines and practices for a further period of time. We should continue the good health practices, such as wearing masks, washing hands, maintaining physical distance, avoiding gatherings etc., for a further period of time. It has to be reiterated that the vaccination is not a license to roam around freely or go back to the pre-COVID practices.