The main crisis that Sri Lanka facing is in respect of what I would call the ‘external budget.’ This means the trade deficit, balance of payment deficit, depleted foreign reserves, exchange rate and the external debt.

It is extremely unlikely that the present budget could resolve the evolving national economic crisis, not to speak of the political disorder emerging out of it. In fact, during the Parliamentary debates on the second reading the main oil refinery, Sapugaskanda, became closed-down due to the depletion of crude oil. This is part of the foreign exchange problemsof the country the present Budget has unfortunately not even attempted to resolve. 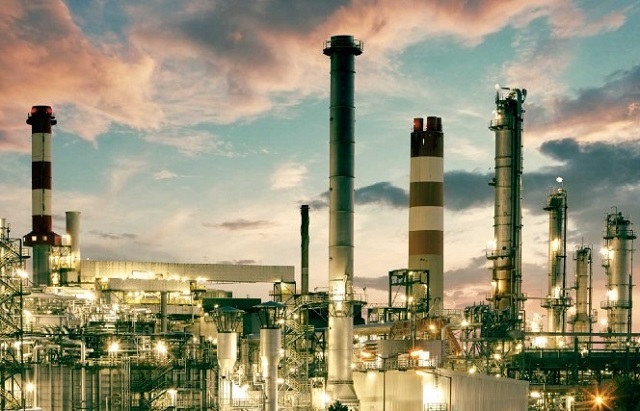 Instead of obtaining crude oil and refining them to produce fuel requirements of the people, now the Ministry of Energy is ready to import petrol, kerosene, and diesel for higher prices. At present, there are severe shortages of all these items in addition to gas in the country.

To obtain crude oil from Nigeria, as previously agreed, the Ministry required around $ 2.5billon (from May) until December. The Central Bank understandably has not beenable to give these dollars as foreign reserves were limited to around $ 3billion. The government,however,has allowed the Minister of Energy, Udaya Gammanpila, to obtain refined oil (crude oilperhaps later) from Oman (3.6b) and India (.5b) on foreign loansand deals amounting to $ 4.1 billion.

Unplanned and haphazard foreign loans are not a solution to the fuel crisis or the foreign exchange crisis. These are the results of indecisions, wrong decisions, or reversal of decisions perhaps a reflection of differences or rifts within the government. It is primarily for the foreign exchange crisis that the budget 2022 does not offer any solution, although it boasts about ‘challenging the challenges.’To give an initial example, the following is the view of the Minister of Finance, Basil Rajapaksa, on ‘foreign exchange reserves.

“The government of HE the President Gotabaya Rajapakse, expects to create apart from a foreign exchange reserves a number of other reserves. The first of which is the reserve of water, food, and energy, which are created through the land, water, and the renewable energy which are gifts of nature.”

He states the above, just before the section on ‘Identifying Potential Exports’ on page 15 of the budget speech. Does he think that creating foreign reserves are like reserving water, food, and energy? Perhaps he is correct considering the shortages of food, fuel, energy, or even clean water in the country at present.

Requirements of a Budget

A budget in a country like Sri Lanka should address three main balance sheets in the economy. This is common to many countries but given the crisis in all three spheres in Sri Lanka, the balance of State’s income and expenditure should not be the only focus.

The three requirements are: (1) The balance of payments to mean the country’s foreign (dollar) income and expenditure, deficit, debt, aid, and loans. The exchange rate is also important. (2) The balance of trade to mean the country’s exports and imports, trade deficit, nature of exports(primary, secondary, or tertiary). And in Sri Lanka’s case, the status of tourism and export of labor etc. (3) The State’s expenditure and income in detail, with proper breakdowns on capital and recurrent expenditure; on social welfare, investments promoting development; direct and indirect taxes; profits and losses of state enterprises etc.

It is customary for all of us to call a budget, the ‘budget of the government.’ But it is of the State, the people being the main stakeholder. Under democracy, the government merely is the officeholder or the servant.

When one goes through the ‘Budget Speech’ or the ‘Annexes,’ the necessary information on the above three aspects of a proper budget, the identification of problems in all three areas, and genuine proposals in resolving them are pathetically absent. That is another reason why the present budget is far from being able to resolve the present national crisis. The budget speech of the Minister was like a ‘Throne Speech,’ more rhetoric than a genuine analysis. The balance of payments or the balance of trade are not properly covered. There are obvious structural defects in the budget, the budget planning and presentation.

The attached annexes are limited to fourtitled as: ‘Summary of the Budget (2021-2022),’ ‘Gross Borrowing Requirements,’ ‘Revenue Proposals 2022,’ ‘Expenditure Proposals,’ and ‘Taxation.’ Most of the tables are quite callous and some do not give even the totals! These are complied by the Department of Fiscal Policy and others. The ‘Summary of the Budget’ itself proves the main criticism of this article, no data on balance of payment or balance of trade. The summary is mainly limited to the (government) ‘revenue’ ‘expenditure’ and proposed ‘financing.’

Let us take the ‘summary of the budget’ on its face value. The table also gives ‘estimated’ figures for 2021, correct or not. The figures are given as if the deficit is already fixed. That cannot be the case and any burden from this year would go to the next year of the present budget.

Optimistically, the table gives the revenues first. Accordingly, the (estimated) revenue for 2021 is Rs. 1,561 billion, and for 2022 it would be 2,284. An increase of Rs. 723 billion. This could be the case (hopefully) given the new taxes introduced, and not implemented taxes of the last budget reintroduced. The estimated expenditure of the last budget was Rs. 3,387 billion and this budget is 3, 912. Of course, it is not a big increase, given the present crisis, but it is doubtful that it would be sufficient to alleviate the stagnating economy. On the other hand, the Keynesians might argueto increase spending and stimulate the economy.

For example, in the last budget,the domestic deficit was Rs. 1,826 billion. In the present budget 1,628 billion without a big difference or a purpose. The most important in a developing country is not so much the budget deficit, but how you plan to finance the budget deficit, and most importantly how you plan to spend the public funds. It is important that the expenditure on provincial councils is increased from Rs. 1,085 billion to 1,218 billion. While this is marginal, these go like other expenditure to recurrent matters such as salaries, wages and necessary goods and services.

Sri Lanka is within this vicious cycle of subsistence budgeting. Public investment is limited to Rs. 581 billion in the last budget, and to Rs. 931 billion in this budget. Considering the inflation, this increase is nothing much, and most important is how even these amounts are spent, and what for.

The way the deficits are financed is also dubious or problematic. In the 2021 budget, Rs. 978 billion expected from foreign sources as gross borrowings and loans. In the present budget, Rs. 1,016 billion are expected from the same sources. The table, also (not so clearly) reveals is the amounts that the country must pay back Rs. 536 billion in the last budget and expected Rs. 866 billion in the present budget. The same goes for domestic obligations in borrowings although not of that gravity.

The main crisis that Sri Lanka facing is in respect of what I would call the ‘external budget.’ This means the trade deficit, balance of payment deficit, depleted foreign reserves, exchange rate and the external debt. On these matters, no tables or accounts are given in the annexes. Even in the budget speech very little attention is given, however with unbelievable targets and figures. This is limited to two pages, 73 and 74.

Most questionable are his predictions for 2022 and beyond. He says,

“In 2022, a trade surplus is expected amounting to around USD 1,000 million, including from tourism, ports, and IT export services and I have spelt out policies and measures in this budget speech to increase it to USD 8,000 million in 2027.” (p.74).

Even if the trade deficit could be limited to $ 7,000 million this year, by any luck, how come that in 2022, a trade surplus of $ 1,000 could be achieved? It would be a miracle. It is true that the Minister has ‘spelt out’ some policies and measures promoting tourism, ports, and IT export services. Revenue from foreign employment also could be added. Yet a trade surplus of $ 1,000 million next year would be unachievable realistically. A budget should be realistic and not idealistic.

It is customary in today’s budgets to formulate projections for the future beyond the budget year (2022). However, these projections should be realistic based on data, careful analysis, and realistic estimates. Increasing the trade surplus therefore to $ 8,000 million in 2027 appears just rhetoric to deceive people or deceive oneself. Under the circumstances, it is difficult to believe that the present budget could resolve the present national crisis outlined in my previous article (Sri Lanka Heading for Serious Crisis) in the areas discussed and others.