Aiming to further strengthen friendly ties between Sri Lanka and Pakistan and enhance bilateral trade relations between the two countries, the Ceylon Chamber of Commerce recently signed a Memorandum of Understanding (MOU) with the Rawalpindi Chamber of Commerce and Industry (RCCI).

The MOU which was signed last month by Mr. Manjula de Silva, CEO of the Ceylon Chamber and Mr. Sohail Altaf, Group Leader of the RCCI was followed by the inking of nine agreements between Pakistani and Sri Lankan companies, in the areas of education, pharmaceutical production, automobiles, information technology and automobile spares.

Minister of Trade Bandula Gunawardena who was the Chief Guest at the event stated that tourism and information technology are two sectors that could potentially be profitably developed between the two countries. Mr. Alftaf meanwhile announced that the visiting delegation, comprising of more than 100 delegates, was keen on identifying viable projects to invest in Sri Lanka, including in the pharmaceutical manufacturing industry. Mr. de Silva welcomed the opportunity to collaborate with the RCCI in order to further promote trade and commercial activities between the private sectors of the two countries. 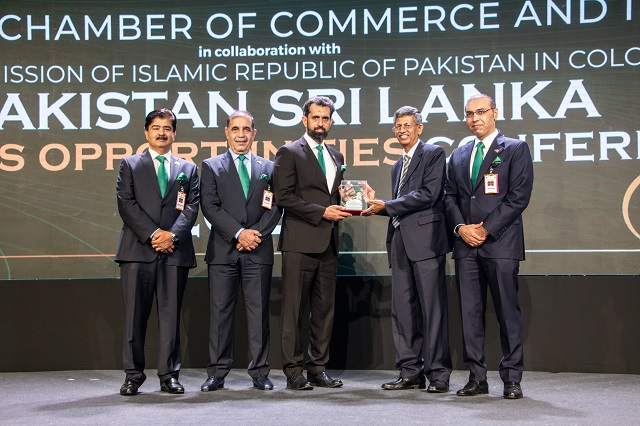 The MOU will facilitate the dissemination of relevant information in order to enhance bilateral trade and business, including initiating and promoting joint ventures, partnerships and other business linkages, as well as the provision of technical expertise, trade delegations between the two countries and other economic promotion activities such as business webinars and B2B meetings.

The Ceylon Chamber of Commerce have to-date signed 140 Memoranda of Understanding to expand and further strengthen strong relationships with overseas trade promotion organisations for the benefit of the business community in Sri Lanka.