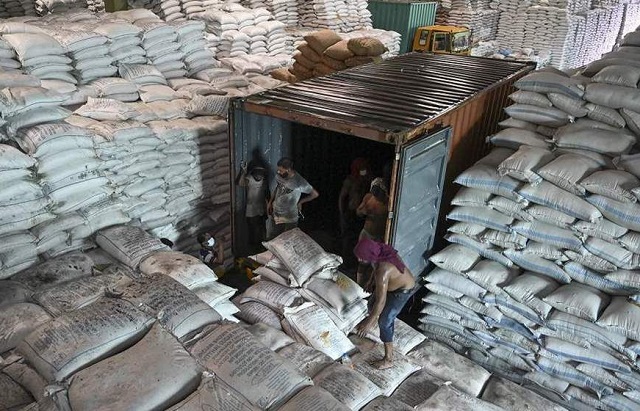 The tsunami disaster in 2004 can be considered as an unavoidable catastrophe. According to official statistics, its death toll rose to 27,589 while the number displaced remained at 889,179. Although there was a possibility of minimising the loss of lives caused by the train accident at Paraliya, Galle, the Government lacked the necessary competence to attend to it on time.

The ill-fated train was carrying 1,800 passengers at the time of the accident and only about 150 were able to save their lives. It is considered to be the largest train accident in the world so far. It would have been possible to save at least a significant number of lives if a quick rescue operation had been launched soon after the train was hit by the waves.

Sri Lanka was able, though rather late, to win the campaign of Eelam War or the prolonged internal civil war launched by Prabhakaran aimed at creating a separate state in the north and the east by terrorising the people and causing a great deal of crisis in the country. But it has failed to manage the consequences of the victory in a prudent manner. This has led to create an extensive crisis which is much bigger than the crisis that prevailed during the times of terrorism.

The story of Sri Lanka would have been much more different and more beautiful and exemplary if the Government had been able to act with wisdom and humility which is essential to ensure the granting of justice and fairness to the distressed Tamil people, following the victory of the Civil War.

But the Sri Lankan Government and society failed to recognise the victory in a broad sense; instead it was defined in a narrow racist sense. Consequently, after defeating the Tamil enemy, Muslims were perceived as the next enemy to be defeated in a subsequent round. This made the ethnic crisis in Sri Lanka a much bigger and more endless crisis.

Sri Lanka is now facing a far greater crisis than all the crises it has faced since entering into the modern era. Although this crisis is extremely complex, the reasons for it are simple. It is an inevitable outcome of leaving the serious mistakes that had occurred in the socio-political system and the realms of economy and the State from time to time to stagnate and remain unresolved, thereby allowing them to become chronic distortions, leading to a major crisis that has plunged the country into a state of anarchy and bankruptcy.

Although there are serious flaws in the way the crisis is being managed currently, the crisis however cannot be considered as one that has been created by this Government. It can be considered as a crisis compounded by the mistakes of all the rulers who have governed Sri Lanka successively since independence. Nevertheless, the current crisis cannot be reckoned as a simple crisis that can be overcome by the Government in power alone.

Considering the magnitude and the peculiar nature of this crisis, it can only be overcome through an integrated national effort capable of paving the way for coordinating all political parties, various social movements and harmonising the public who are presently divided into ethnic groups, castes and religions.

There must be a far-reaching vision that is acceptable to all in order to overcome a crisis of this nature; and adoption of such a vision would be possible only through a national dialogue held on the problem.

The way the Government is managing the crisis at the moment is both arbitrary and confusing. It is neither a war nor a situation that warrants the imposition of laws applicable in a circumstance of war.

If the Government has a program of its own to overcome the crisis, it can be declared in the form of a white paper. Similarly, if the Opposition parties and political movements have suggestions and alternate solutions, they too can make them public.

Then, the proposed suggestions and solutions can be subjected to public debate, sharp criticism and dialogue so that they could be utilised, if acceptable to formulate a strategic program acceptable to all to overcome the crisis.

After all, the crisis facing Sri Lanka is not one that is insoluble. It can be overcome by a common national effort, albeit it is a very difficult and complex one. However, the Government without making its views clear to the public seems to be directing the country to a point where the crisis cannot be overcome but will eventually plunge it into a massive destruction.

At the same time, if the damage caused to agriculture by wild animals like parrots, monkeys, peacocks, squirrels and wild boars, etc. can be reduced to a level of 10%, it will certainly help increase the agricultural output of the country by about 30%.

Sri Lanka should not lose the GSP+ concession it has received from the European Union; 52% of Sri Lanka’s exports to the EU consist of garments. By 2020, it had generated more than Euro 2 billion in revenue. If we lose the European market for garments, it will not be possible for Sri Lanka to produce garments for China or India using those factories.

A policy of selling valuable assets of the country and obtaining funds at high interest rates from alternative sources other than the International Monetary Fund to face the balance of payments crisis cannot be a beneficial policy at all.

Sri Lanka faced a balance of payments crisis at the time when the second rebellion of the JVP was defeated. In 1988, $ 218 million was raised from the International Monetary Fund to overcome the situation. Subsequently Sri Lanka faced a major balance of payments crisis at the end of 2009 when the internal civil war which led to the defeat of Prabhakaran’s separatist movement was defeated.

The amount of facilities required to overcome the situation was $ 2566 million. In both cases we had to comply with the conditions imposed by the IMF. Why should Sri Lanka follow a policy that risks the very existence of the country and its people when there are easy ways to overcome the balance of payments crisis of the country?

For example, if the IMF imposes a condition that SriLankan Airlines, which has become a huge burden, a white elephant on the country’s budget, should be closed down or sold to the private sector, would it not be in the best interest of the country to comply with it?