I am conceptually sympathetic to such a decolonial approach and conceptual orientation. Global knowledge hierarchies systematically exclude certain kinds of knowledge.

For many postcolonial societies, education has historically been one of the primary sites of decolonisation. This is not accidental, since education was a key instrument of colonisation – particularly British colonisation. However, as I argue below, while we pursue decolonisation in its broadest sense, as priority in reimagining education, we must also be critically cautious of how the idea of decolonisation can easily tip over into parochial nativism that is intellectually debilitating, rather than liberating. 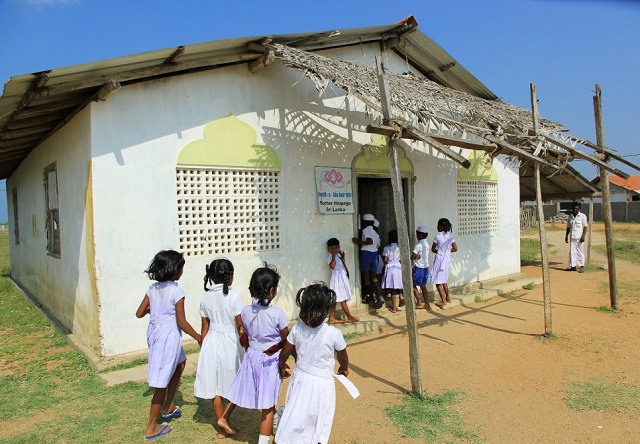 In the colonial context, policymakers, like Thomas Babington Macaulay, who was part of the colonial government in 19th century India, held strong views about using education to ‘modernise’ what they saw as backward colonial societies. Macaulay held particularly strong views about the relative value of providing education in English as opposed to vernacular languages and infamously claimed that a single shelf of a good European library held more knowledge and value than all the learning in local languages, like Sanskrit. Similar views about the value of English medium education and the necessity to use education as a tool for social and cultural modernisation were influential in Sri Lanka as well. Sri Lankan historians, like G.C. Mendis, saw the policy changes implemented by the Colebrooke-Cameron reforms of 1831, which also included proposals about anglicising the medium of instruction, as vital to Sri Lanka’s future and modernization – though in practice English-medium instruction in colonial Ceylon was limited to a few elite schools. But the fact that G.C. Mendis, writing in the 1950s well after independence, held views like this suggests the deep and pervasive influence of colonial education in Sri Lankan society.

The pejorative phrase ‘Macaulay’s children’ that derives from the colonial education history has some validity because colonial policies did succeed in creating a class of so-called “brown sahibs”. Therefore, across the formerly colonial world, as countries became independent, a key priority was what Ngugi wa’ Thiongo, the Kenyan writer, termed ‘decolonising the mind’. Reimagining education was a major part of this decolonisation process. Though we inhabit a very different historical moment today, I would argue that decolonisation remains a key priority for different reasons. While formal colonialism ended more than half a century, ago global inequalities in knowledge production have led educationists to see decolonisation as a continuing priority. In many academic disciplines the content, curriculum, assessment systems and knowledge agendas, tend to be set by ‘centres of knowledge production’ – often, though not always, corresponding to a long-since-disappeared colonial map of the world where the division between the global north and south continues to replicate old colonial hierarchies.

However, my focus in this short reflective piece is somewhat different. While I recognise that decolonisation remains an important policy priority in education, I would also like to sound a note of caution about how a singular fixation on decolonisation can feed into parochial and nativist nationalist ideas that are detrimental to postcolonial societies, like Sri Lanka. At least since the 1950s Sri Lanka has had a discourse about decolonising education which has manifested itself in different ways. One powerful political and policy-related expression of this was the Official Languages Act of 1956 – or more commonly known as the ‘Sinhala Only Act’. While there is little argument that the vernacular languages needed to be elevated and given official status to give meaning to political independence and that English needed to be displaced from its privileged position, there were at least two negative consequences of this policy which could have been potentially avoided. At one level, due to political expediency, Tamil was not granted official status – though the discussion on changing the official language since the 1940s included both Sinhala and Tamil. This in turn significantly impacted ethno-nationalist politics in Sri Lanka for well over half-a-century.

At another level, though official status was granted to Sinhala, English continued to function as a language of privilege both institutionally and socially – a situation that has become sharply apparent today where English remains a coveted form of social and cultural capital. Parallel to such policy-level changes in education, there has also been an intellectual critique of education, particularly from Sinhala nationalist thinkers. For instance, in the writing of a number of Sinhala intellectuals, such as Gunadasa Amarasekara, there has been a sustained critique of the Sri Lankan education system – particularly university education. They have characterised the university as a space that creates a self-alienated individual – a kind of cultural misfit who is socialised into ‘western’ ways of thinking and is therefore unable to meaningfully relate to their own local reality. This is not significantly different to the kind of critique that Ngugi makes in “Decolonising the Mind”. This strain of thinking has had a significant impact in Sinhala intellectual discourse and later in the 1970s and ‘80s found expression in the form of jathika chinatanaya – or what can be loosely translated as ‘national thought’ or ‘national thinking’. Other scholars, such as Nalin de Silva, have also extended these arguments into the realm of science – arguing, for instance, that the ‘scientific method’ is a fallacy and that we need to seek out ‘local’ systems of knowledge.

I am conceptually sympathetic to such a decolonial approach and conceptual orientation. Global knowledge hierarchies systematically exclude certain kinds of knowledge. We also have to recognise that ‘knowledge’ is not the preserve of one culture or society, but unfortunately ‘knowledges’ from our societies are often disregarded or marginalised. However, any such decolonial critique has to be also critically conscious that whether it is the English language, science or democracy – so-called ‘western’ ideas or ‘western’ legacies – have long and complicated histories in our societies. We need these ideas and ‘tools’ for our day-to-day struggles for social justice. Therefore, when we speak of decolonising our education systems we must not forget that certain normative ideas need to be retained. We can critically engage with them and negotiate their meanings and how we implement them in our societies so that they are sensitive to our local needs and realities but we should not pursue a romantic vision that there is some kind of ‘pure’ pre-colonial knowledge that will magically resolve the problems of our societies. For instance, both in Sri Lanka and India and Asia in general there have been views that democracy is not suited to our societies and that a more centralised form of governance is necessary given the nature of our societies. We are now living through the damaging consequences of such thinking both in Sri Lanka and neighbouring India, which has ended shoring up popularly sanctioned authoritarianism.

We have also witnessed, along with the onset of the Coronavirus pandemic, an upsurge in various kinds of indigenist thinking – ranging from miracle COVID cures to romantic notions about a ‘pure’ life in pre-colonial Sri Lanka. Frantz Fanon, a key thinker and activist in decolonisation, warned about this fascination with a romanticised past in his classic text Wretched of the Earth. He warned that many nationalist thinkers will turn to such a romanticised past and in doing so will be unable to see the complexities of their contemporary existence. I think in Sri Lanka as we think of decolonising our education – whether it is the content of the curriculum or how our formal education systems are structured – we need to remember that the effects of colonisation or the deep-seated ideas and practices that we inherited from colonialism, cannot be simply wished away. We have to learn how to critically negotiate with our colonial and ‘western’ legacies and live with them rather than imagine we can choose to simply step outside them. Decolonisation is not a ‘metaphor’ – it is a hard, sustained and committed struggle with our contemporary existence and trying to retreat into some kind of idealistic past will be self-defeating.

(Harshana Rambukwella is Professor in English and Director of the Postgraduate Institute of English, the Open University of Sri Lanka)