The standard dictionary meaning of Calamity is aloss, misfortune or an event causingsudden destruction; a disaster; a state of deep distress or misery.  ‘Unseen’ means the metaphysical, literally cannot be seen with the naked eye. In this column to mean some incorporeal and intangible ‘power’.

It is clear that the whole community of human race in the universe is governed by Divine Reason and the law of causality (Karma).  Divine Will can overpower the Causality (Karma) and such phenomenon in theistic theology falls into the category of miracles. 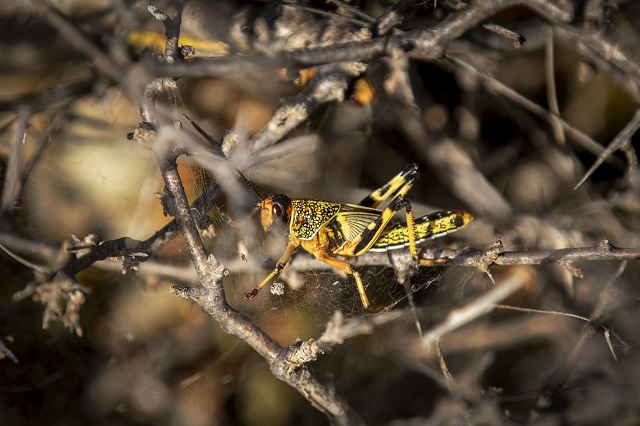 According to the influential philosopher, theologian, and jurist Thomas Aquinas, “the light of natural reason, whereby we discern what is good and what is evil, which is the function of the natural law, is nothing else than an imprint on us of the Divine light. It is therefore evident that the natural law is nothing else than the rational creature’s participation in the eternal law.”(From Summa Theologica).In this sense,value judgments which are considered to be the assessment of something as good or bad becomes part of the rationality of human beings.  These are common denominators regardless of religious beliefs.

Deva kannalawwa is a Sinhala term meaning, ‘beseeching gods’.  Given the context and circumstances, the affected persons“beseech gods and goddesses, saints and holy spirits, with special novenas (Catholic masses), offerings, … and the chanting of religious verses …, as wellas resorting to sorcery and the placement of charms and curses on those deemed responsible.” (Malathi de Alwis, ‘Motherhood as a Space of Protest’, South Asian Peace Studies Vol.3).

Curiosity demands to take cognizance of several natural and man-made disasters that has befallen Sri Lanka recently.  It is reasonable to inquire if there is any divine intervention or the law of collective karma or retribution that is playing a part in stirring calamities, one after the other?  It is normal for victimised people to first exhaust all possible avenues of seeking relief or redress via the human agencies – especially, the politicians, police, media, bureaucracy and courts. Thebeseeching from the Unseentakes place later – Allah, Jesus, Krishna, Deva Kannalawwa etc.Malathi de Alwis under the sub title, ‘Religious Rituals As Resistance’, quotes the then Minister of Industries, Science and Technology Mr. Ranil Wickremasinghe telling the mothers in relation to the disappearance of children: “If your children have disappeared, it is alright to beseech the gods. After all, if there is no one else to give you succour it is fitting to look to one’s gods.”  (Page 161, ibid).

Who are these people who are calling upon the many gods seeking justice, redress and relief?  They are the ones who have been denied justice and had been victimised and oppressed by the system.People whose trust had been breached and the promises made to them not honoured. Those who were not treated with equality, denied the rule of law and the list goes on.

Explaining hypocrisy, Imam Ali said, “Verily, hypocrisy begins like a black dot in the heart. Each time hypocrisy increases in sin, the dark dot keeps increasing in size until the whole heart is darkened.” (Mazhari, Shu’abal-Imān 37).Basically, what it means is that once a person commits a wrong and continues towrong, that person’sheart becomes desensitised and hardened. It reaches a stage where it no longer feels the sense of guilt when doing a wrong.

“Let the evil of the wicked come to an end, but establish the righteous; for men’s minds and hearts are tested by the God of righteousness.” (Bible: Psalm 7:9)

Very recently, the Cardinal fervently led prayers in the Church seeking justicefor the victims of the 21/4 bombings.  Muslims,too, are praying for justice as they have been unfairly victimised collectively, consequent to the attack. Those incarcerated in hundreds following the bombings with no charges are praying.  Their suffering families too are praying. Early this month (June), a Joint Resolution was approved by the European Parliament involving among other matters, the controversial Prevention of Terrorim Act (PTA).  It specifically indicates to the “systematic use of the PTA for arbitrary arrests and the detention of Muslims and minority groups in Sri Lanka including Ahnaf Jazeem and Hejaz Hizbullah.”Until recently,Shani Abeyesekera was in detention.  Others like, Rishard Bathiudeen, Azath Sally, among the public figures, and many others;  The EU resolution refers to those who have been kept in detention without due process or access to justice. Please note that the call is for justice. This writer had written about the same justice even on behalf of Mr. Gotabhaya Rajapakshe, former Defence Secretaryin December, 2017.  If any one of them has committed a wrong swiftly investigate and prosecute them.  However, the point emphasised here is that each of these families are praying and invoking the Unseen.

Then there are those who were denied the right to bury their loved ones who succumbed to covid 19 virus, at a place of their choice.  Ground water contamination was the loud cry.  Today, Pearl Express disaster has polluted an entire shore line. Killing marine life, depriving fishing literally, a marine biological and environmental disaster that may last for several years. Others among the beseechers include the farmers, the fishermen, the daily wage earner, the villagers who are attacked by elephants, the venerable monks, those standing in the long queues leading to the Pawn Shops…. All of them are praying, pleading and beseeching their respective deities, that Unseen power. Some are cursing and invoking the wrath of God. It is all in the media.

Is This The Message?

Those who were keen to grab power attracted the attention of the people by putting on a superficial show of virtuousness. Kindled feelings of Sinhala Buddhist nationalism. Deeply divided the society. Treated the minority communities with disdain. The venerable monks today openly admit that they too are fully responsible for supporting such endeavours.

They (the hetanamalakshaya– referring to the 69 lakhs who voted) succeeded by winning but temporarily.Their expectations on deliverance have all ended up in frustration, because their intentions (Cetanā) were not clean and pure. The Right view (sammā-ditthi) and Right thought (sammā-sankappa) were absent. Today, the hetanamalakshayaare also protesting, criticising and cursing. The nature’s law of retribution nevertheless will visit them too, for their misdoings.The tests may come firstly, as a warning.  It may be in different forms, intervals and intensity. Not paying heed to repetitive warnings may result in calamities.The Quran states:

“See they not that they are tried (trial) once or twice every year (with different kinds of calamities, disease, famine, etc.)? Yet, they turn not in repentance, nor do they learn a lesson (from it).”(Chapter 9 Verse 126).

The philosophy behind trials and afflictions may be explained in various ways. For those who are in authority, if they abuse or shirk in the use of power, such may be tested to remind them of their responsibilities.  The idea is to bring man back towards righteousness, to remind him of his limitations and to make him mindful of his deeds.The Quran in one place lists five types of tests and trials that man will be subjected to.  In Chapter 2 Verse 155, it states:

“And We will surely test you with something of fear and hunger and a loss of wealth and lives and fruits, …”

Yesterday we witnessed all these losses. Today we are seeing it happening and tomorrow will be no different.  It is said that reverse conditionality of the twelve nidanas in paticca-samuppada (Dependent Origination, in Buddhism) will lead to cessation of suffering.  Similarly, the signs from the Unseen are clear.  It beckons to reform and return to justice, equity, rule of law, reasonableness and humaneness. Effective change in the ways of thinking and acting is the path (magga). If not, be assured that no one can escape the wrath of God or the Law of Karma.

“Open your mouth for the mute,

For the rights of all the unfortunate.

And defend the rights of the afflicted and needy.” (Bible: Proverbs 31:8-9)