Mis/dis-information campaigns are not new, not the first nor would be the last. These are like “bots” and will pop up from time to time but never ends.

by A Special Correspondent

How possible the half-truths and untruths take precedence over the truth. All these efforts are well planned, calculated, twisted, manipulated and injected into the information environment for different reasons. 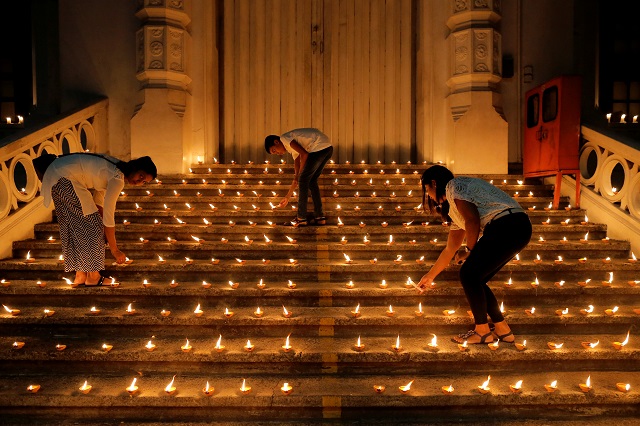 These mis/dis-information campaigns are not new, not the first nor would be the last. These are like “bots” and will pop up from time to time but never ends.

Someone surfing social media these days might think that Zahran is innocent. Cannot complain. Because in the world of conspiracy theories of the Easter Sunday attack, Zahran’s actual manifestation seemed insignificant. There were many conspiracy theories of the Easter Sunday attacks but the theory “Easter Attack is a Gotabaya’s Plan” came into very active when Gotabaya Rajapaksa came into power.

This situation pushed the previous government also to lose the last 2 elections (Presidential and General).

When the Easter Sunday attack happened, nationalists in the previous government were so upset because they would also be responsible for being in that government, not doing anything to strengthen the national security, not preventing the extremism and not letting the Easter Sunday attack to happened thus their political careers would also get black marks and threatened.

Take Patali as an example. His future objective of becoming the “President” would never materialize unless he wash out his black marks of shared command responsibility in Easter Sunday attacks just him being in the previous government.

On the other hand, even for people in SJB, those who were there in the earlier regime need to wash their black marks as well to come back clean in next election.

Now, how to get away with this pressure, divert the “public anger”, satisfy Cardinal, Catholic community (who largely voted for previous government), how to get away from “command responsibility” and wash out the black marks of Easter Sunday attack?

If they (UNP, SJB, SLFP, other parties like Patali) says previous government is responsible for the attack, that is a suicide as they are digging their own grave. Anyway, they can do some damage control by making former President, Defence Secretary, CNI, IGP, Director SIS and a few others responsible and sending them to guillotine.

If they say this is an Indian conspiracy (R&AW plan), they know the repercussions. So, they simply dropped the “Sara Jasmine” theory and now no one remembers what happened to Sara or Abubaker who let Sara go to India.

If they says this is a Western conspiracy (CIA plan or someone else), that would impact the liberalist line and relations with West and West would be furious. Cardinal would be helpless and cannot ask Vatican to conduct investigation.

Thus, there MUST be some other theory. Some convincing theory of attack.

It seemed that “Gotabaya” theory is the most viable and working for all their troubles.

There were two commissions before the present PCoI (appointed by previous regime and completed during the same period) and what were the outputs of those commissions? No one knows and no one cares. Why? Those outputs are not to their taste. Had those commissions created any doubts of a conspiracy by Gotabaya? No, then why now everyone talking about a conspiracy?

Shani was there in the CID under previous regime. As now people says he is a FBI trained, good enough. So, why not he persuade the “main suspect identified through IP address” “Sonic – Sonic” or whoever when he had the full authority under previous regime. Why now? How come Military Intelligence intervened to release SIS person? Who was under power that time if the Military Intelligence had done that? Gotabaya Rajapaksa or previous government ? Very childish theories but problem is these are conveniently consumed by common public.

We cannot blame the public because when people like ex-AG himself making statements saying that the attack is a conspiracy, not only anguish Cardinal, everyone would believe these conspiracy theories.

Interested parties fill the information environment with all false and supportive false narratives to their main false narrative and little by little everyone begins to believe that Zahran is a cat-paw of Gotabaya Rajapaksa and think intelligence has some hand behind Easter Sunday attacks.

Can you remember what happened to Millennium City case in 2001? UNP hit the Millennium City safe house thinking of a jackpot but apparently found they hit a wrong bucket. Unfortunately, Mr. Ranil W did not want to accept what actually happened in the safe house and when he begins to realize, the damage has already done by lives of intelligence operatives. No one remember that past now.

In the same time, all the interested parties are using Gotabaya Rajapaksa’s common faith and affiliation to military (of course being a former military person) and trust on intelligence to substantiate the claim of intelligence / military is behind the Easter Sunday.

The story is well written, neatly connected to be acceptable to any common person, “Gotabaya used the intelligence to manipulate Zahran to manifest the Easter Sunday attack and thereby come into power”. Very convincing story….!

Unfortunately, present government’s actions to communicate the right message to public, build or socialize a counter-narrative or fill the information environment with alternative narratives are very less or none. Government action plan on how to deal with the PCoI report and legal procedures are not enough to change the tide, Thus, the public continue to believe what is available in the information environment and in gossip.

So, as an escape strategy, even the Cardinal is now using “Gotabaya” conspiracy articulated by all the interested parties, political rivalries.

Those who are actually responsible for Easter Sunday attacks are Zahran and clan and they are all gone. Others who are directly linked like Naufer are in custody and will take legal actions against them.

Which one is the most satisfying the Cardinal? (a) punishing the Zahran’s clan who manifested the attack or (b) punishing the command layers for not preventing it? It seemed that Cardinal is not interested on punishing those who are directly involved in the attack (maybe to avoid becoming target of extremists or to avoid backfire of Muslim community) and largely focusing on command responsibility, which is an objective too far. I doubt whether Cardinal is also want to gain the time seen no solution to the problem.

Very unfortunate. This government has no responsibility for the Easter Sunday attacks and no involvement in the same. The previous government is fully responsible for the attack and their members may invariably involve (like Bathurdeen). However, this government, to that matter the President, in particular, is facing all the blame for something that has been done by someone.