Let me tell you an anecdote. In 1999, I came to the idea that there can be a software program/s that could translate Sinhala and Tamil into English and vice versa and made a proposal to the then VC of the University of Colombo.

Before writing this missive, I posted the proposal ‘Sri Lanka’s language of higher education should be English’ and requested my FB friends to ‘express their views.’ Within 24 hours, there were twenty-nine ‘thumps up’ and sixty-five comments. This is the first time that I realized that the FB could be mobilized at least in a small way in promoting (good) ideas.

Would it be a good idea to shift back to English medium? What would be the advantages and disadvantages to the graduates and the country?

Above are the questions that would be discussed in this article based only on FB comments. Names are not mentioned as I don’t have their permission. At the outset I must say that there were concerns expressed whether this could undermine the Sinhala language? A particular friendly comment was in Sinhala, but it was immediately translated into English by the FB! I was surprised. This was the first time I realized that the FB has an instant translation program for the benefit of the users. 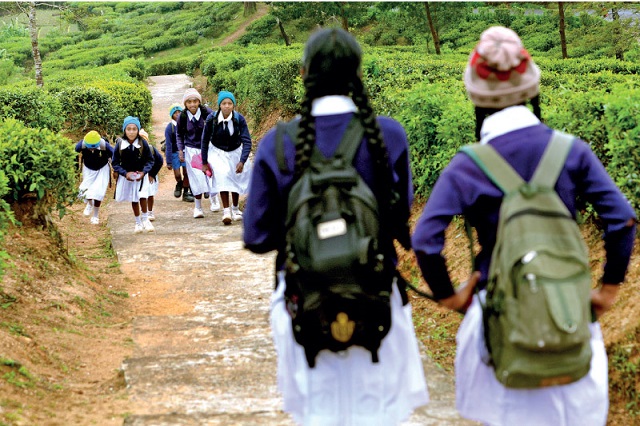 “Sinhalese Language is there only in our country. Sinhalese children should be taught in English as a second language. There is no such mania in Japan, China, Korea, Russian countries.”

Of course, in my FB posting I didn’t give details, and it is correct that the shift to English medium in higher education should not be promoted as a ‘mania.’ There is no superiority in English, except it has become an international language. It should be a practical and a pragmatic decision. If such a ‘mania’ exists in the country, it should be corrected or discouraged. Among other commenters, none expressed such a mania existing.

Let me tell you an anecdote. In 1999, I came to the idea that there can be a software program/s that could translate Sinhala and Tamil into English and vice versa and made a proposal to the then VC of the University of Colombo. I gave some examples how it could work. I made the same proposal to the then Chair of the Official Languages Commission. But there were no opportunities at that time in the country to do so. A friend of mine sarcastically asked me whether I have the computer knowledge to do so and I said ‘no.’ I mention this anecdote to say that such software programs, now apparently available in audio form as well, could be utilized to teach English to Sinhala and Tamil students effectively.

Some commenters took more time to explain their positions. The first I received was “I think a timely needed requirement. It can be started and gradually enhanced. Already study activities are conducted in English at the University [of Colombo] but need to formalize and enhanced further.” Yes, to my knowledge and experience at the University of Colombo and Wayamba University even in the field of Arts, English is promoted positively. These should be formalized and enhanced in other universities as the commenter said.

Then came the suggestions for gradual expansion of English in school education: “Starting from grade 5, an important place should be given to English. So, it is easy for students to do higher education in English then.” Progressive promotion of English was the main idea of the commenter. Others expanded on the subject.

A prominent female educationist explained the proposal saying “It should begin at the primary level. Language can easily be adopted in the childhood rather than in adult age.” She also emphasized like others, “Going with English medium [in higher education] doesn’t mean neglecting our heritage, culture, traditions or our mother languages (Sinhala /Tamil). We can express our heritage better in the internationally recognized language. In this period, we thoroughly need people who think out of the box.”

She also came up with some practical suggestions. In promoting English in schools, “If there are lack of teachers, the opportunity could be given to new graduates who have passed out from the Faculty of Education and Teacher Training Schools” she suggested. The implication was that these graduates even at present are given a fair English teaching ability.

There were further suggestions I could fully agree. “The whole education system should be revised according to the global needs. We are still sticking to the traditional teaching methods and syllabuses. This is not only in schools but also in higher educational institutes based on the same structures and old paradigms.” There were some other positive proposals in her interactive intervention. She always talked about ‘Sinhala and Tamil’ when referring to national languages and her primary vision was for the benefit of young generations. She also mentioned other international languages.

There were similar views expressed by a former schoolteacher with international experience. Enhancing “English language teaching should start from the school system…the first step should be to revise school subjects and syllabuses. When promoted from primary level, students will be able to improve their skills in reading, writing, and speaking gradually by the O/L. Most important is to promote skilled and qualified teachers through teacher training and utilizing them all over the island by the education providers.” She also didn’t neglect national languages.

There were several of my former colleagues at the University of Colombo who supported the idea critically and one commented “Agreed but need to prepare from the school education. Infrastructure and necessary human resources should be provided by the government, especially for remote areas.” There was nothing much for me to add. A known social activist also supported the idea and even agreed to promote it through his profile and other means.

There were of course some sarcastic or provocative questions as well! One asked “Campuswala Englishwalin uganwanna puluwan aye innawada? Since this Sinhala was typed in English, the FB didn’t translate it. Perhaps it thought that this was some English or Singlish! The question was “Do we have capable people in Campuses to teach in English?” My answer was: “To my knowledge yes. Not all but some. At present Medicine, Engineering and Sciences are taught in English. Problems are in Arts Faculties. Since they were taught in Sinhala or Tamil, all lecturers might not be in a position to teach automatically in English. In that case they should continuously learn while teaching.”

I may be inaccurate, but all indications are that at present the capabilities are more, although not perfect. My experience has a ten-year gap as I retired from the University of Colombo in 2010. It seems the Faculties of Education and Management are now largely teaching in English. The Kotalawala Academy/University is also an English medium institute. During my time at Colombo many of us started teaching bilingual and our experiences were mixed. Of course, there was some opposition from some lecturers to teach in English because of the trouble involved and inconveniences. All these are common hurdles to overcome through understanding, perseverance, cooperation.

(The writer can be reached at FB Laksiri Fernando | Facebook)