Writing an essay titled A country without values or principles about the situation in Colombia in January 2019, Carlos Alberto Palacio Acosta, Director of Revista Colombiana de Psiquiatría, wrote that quote, “Analysing the root of the problem brings us face-to-face with individuals who lack the most basic values: loyalty, solidarity, honesty and empathy, to name but a few. The social distortion that led us to live for decades in a “mafia culture” that upheld and introduced concepts such as “the end justifies the means”, “money represents success as both a goal and symbol of power”, “power is achieved by walking over people” and “survival of the fittest”,  unquote. 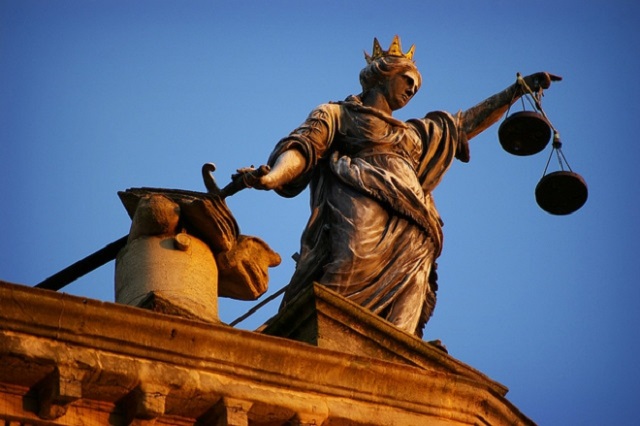 Carlos Alberto Palacio Acosta wrote about Colombia. He could very well have written about Sri Lanka as all of what he wrote about appears to ring a bell in Sri Lanka as well. In a country where an Executive President pardons convicted rapists and murderers without at least adhering to Constitutional provisions, where such a pardoned rapist is appointed in one instance as a Justice of the Peace and where in a another instance a murderer is appointed to a top government position, where perpetrators of major financial scams roam the world without any accountability, where the buck for major crimes such as a bombing of churches on Easter day and killing hundreds of worshippers does not stop with those constitutionally responsible, where no one is held accountable for a pogrom organised by a government against its own minority community, where bribery & corruption cascades from the highest levels to the lowest, and flows on as a way of life, who would be able to discern which country Carlos Alberto Palacio Acosta was writing about?

Despite this, very little concern or objection has been expressed by political, religious and civils society leaders to the pardoning of criminals facing death sentences, indicating possibly that the leaders as well as the people are all walking around without clothes and admiring each other’s invisible clothing while the nakedness of broader society’s values is as stark as the nakedness.

This is not the first occasion when Parliamentarians and others were silent when Presidents pardoned convicted rapists and murderers serving death sentences, and without following constitutional requirements.

There is anecdotal information that the latest recipient of a presidential pardon, Duminda Silva, had been targeted by high level law enforcement officials as well as some in the Justice system, in collusion with some politicians, and that his conviction had been stage managed to lead to an inevitable conviction. There have been several social media YouTube clips that have been doing the rounds showing the involvement of a leading politician of the Yahapalanaya era, a senior police official and a judge of the highest court allegedly targeting Duminda Silva.

While what Mahatma Gandhi said is very much what all founders of religions would have said, it is not easy for the ordinary common man and woman to be as positive when confronted with dishonesty, deceit, inhumanity, discrimination and the misuse of power by those in power to degrade and dehumanise ordinary folk.

Pardoning criminals without providing reasons for such pardons and not adhering to constitutional requirements in granting such pardons does not encourage positivity. Pardoning only those who have influence, money and perhaps even incriminating knowledge that could be embarrassing to high level politicians, law enforcement officials and members of the Judiciary, is nothing but a prostitution of values and principles.

Miscarriage of justice does occur and it is likely that innocent people without the right connections, money and/or valuable information as bargaining tools, have also been convicted of crimes they never committed. There needs to be a mechanism for such people to seek justice as  they have no recourse to seeking a pardon from the President.

However, if people are to overcome this sense of despair, they need to think positive and act positive, and be more proactive in guarding what makes a human being a human, a value system and a set of principles enunciated by all religious leaders.

A proliferation of rituals and mindless adherence to rituals, is not an indication that the society is adhering to any values and principles.

It appears that rituals have become the invisible clothing for the Emperors and the people and the pretence to cover their nakedness of individual and societal values. Amongst all religions, rituals practiced in the name of Buddhism have become political propaganda demonstrations with the State taking a leading role in setting an example to the general populace. These rituals have become tools to safeguard the institutions and not Buddhism as professed by those promoting more and more ritualistic practices. Yet, very few religious and civil society leaders extol anything different, and their inaction perpetuates the mindless rituals in the name of Buddhism.

In this climate of despair and hopelessness, one is reminded of the positivity spoken and practiced by a true Angel of disadvantaged people, Mother Theresa, who said quote” If you are kind, people may accuse you of selfish, ulterior motives: Be kind anyway. If you are successful, you will win some false friends and true enemies: Succeed anyway. If you are honest and frank people will try to cheat, you: Be honest anyway. What you spend years building, someone could destroy overnight: Build anyway. If you find serenity and happiness, they may be jealous of you: Be happy anyway. The good you do today, will often be forgotten by tomorrow: Do good anyway. Give the world the best you have, and it may never be enough: Give your best anyway” unquote.

Will the Sri Lankan society wake up to the fact that they are in very shallow waters when it comes to values and principles? Which direction will the country’s political, religious and civil society leaders head now?