The only way for him to be saved is to turn this legal case against him into a case against the Catholic Church.  Repetition is a weapon for a liar. When a lie is told over and over again; it becomes a believable social reality. This is what we called illusory truth effect or illusion of truth.

Save me, Lord, from lying lips and from deceitful tongues. ~ Psalm 120:2

Cyril Gamini, a Catholic priest and the spokesman of the Cardinal in Colombo, finally appeared before the CID to reiterate the facts known him on Easter attacks while dozens of “activists for justice” protested supporting him. Evidence was obtained from him for three days. But before that, he did his best to politicize the whole incident instead of correcting the mistake he had made. Consequently, many people accused Father Gamini of being harassed by law enforcement agencies in the country. But the truth here is quite different. Unfortunately, some people do not take into account the irresponsible statements made by this priest. It is a blatant lie to say that the priest was harassed in any manner even if someone trying to win social sympathy. He was treated gently by the CID and allowed to express everything that he knows about the heinous crimes of Islamic Terrorists and incidents surrounding the suicide bombers. 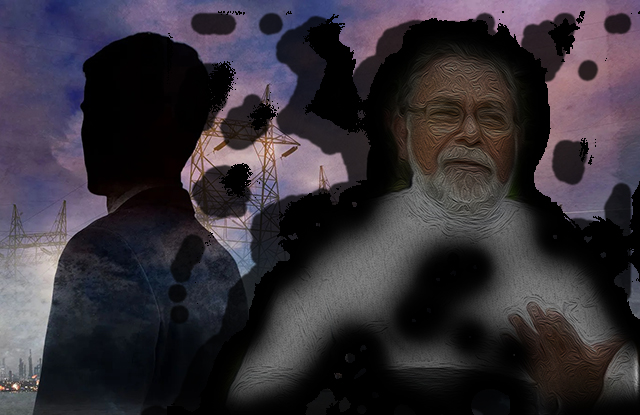 However, according to reliable sources, Fr. Gamini could not substantiate any of his earlier statements regarding the Easter attacks. He failed to present any credible evidence on the allegations levelled against the intelligence officers of this country and the present Director-General of the State Intelligence Service. Instead, he says, the allegations against Sri Lankan intelligence in the presentation was created by a man living in Australia and he only quoted.

But when one listens carefully to the views expressed by Fr. Gamini at the relevant online seminar, it becomes clear that he is deliberately targeting individuals. Regrettably, he now says there is zero evidence to support any of his claims. It appears that Fr. Gamini is lying for his salvation. According to reliable sources, he is unable to take any responsibility for anything he has uttered at the seminar. With all due respect, can this Priest, who is a socially responsible person, speak irresponsibly in this manner? Does anyone think it is acceptable to inflict massive social harassment on person and his family members, accusing him of conspiring to carry out the deadliest terrorist attacks in recent history that has killed more than 260 innocent people without any credible evidence?

Let us illustrate this scenario with an example. Suppose someone accused Fr. Gamini, a well-known senior priest of the Catholic Church, at a public conference saying that, Fr. Gamini has sexually assaulted another young priest while he was working in a parish, and the young priest went abroad as a solution to these grave violations against human dignity and catholic moral values. Even though the accuser has no credible evidence, let us assume that he continued to create a social opinion in a way that harmed the holy character of Fr. Gamini. Will Fr. Gamini tolerate such misconception to spread throughout the society and harm him? If not, will legal action be taken against it?  Similarly, when the head of the Sri Lankan intelligence service, after all a human being with family like any others in human civilization, is branded as a murderer without any credible evidence, should he not take legal action?

Unfortunately, instead of correcting his own mistake, Fr. Cyril Gamini has launched a vicious campaign to politicize the matter. The only way for him to be saved is to turn this legal case against him into a case against the Catholic Church. Inciting people to criticize the Catholic Church can dilute the social focus on the legal issue against him. That is how scoundrel cowards and opportunists behave. Honourable men who have a genuine desire to seek justice for the victims of the Easter attacks will never behave in this manner but those crooks who are deceiving people for their benefit. Will we continue to allow our lives and souls to be cynically manipulated by these lies and outright lies without any resistance?   Enough is enough for lies and damned lies!