As long as Islam was practised only as a religion in a peaceful way, things were calm, but Muslims and others lost their peace of mind from the moment when Islamists started to present Islam as a fascist ideology.

One witnessed that certain media portrayed the attackers, merely as Muslims, while they were reporting about an attack a few days ago in Stuttgart, Germany; when a group of activists were commemorating the death anniversary of French school teacher Samuel Paty, who was murdered in 2020, for the allegation of displaying a picture of Prophet Mohamed in the classroom. 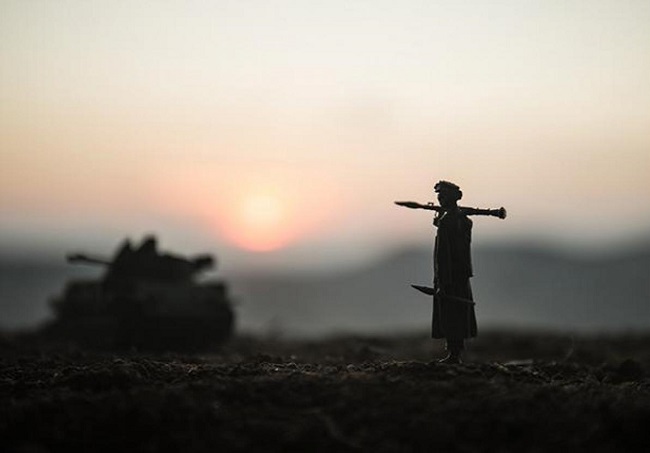 The news reporting of the Stuttgart attack was an ample example of the common ambiguity among the precise meaning of the terms Muslims, Islamists and Jihadists. The ambiguous usage of these terms can widely be witnessed on public space, such as political, media and social media platforms. Improper usage of such sensitive terms can clearly lead to hatred against the innocents. Muslims are ordinary people, just like others, following Islam as their religion. Muslims live the same as every other ordinary people, other than the specific instances when they do their religious rituals. They make up the majority of those who are commonly identified as ‘Muslims’ in the censuses. Some of them pray five times a day, some others pray once or twice a day, there are still others who pray only on Fridays, while some others pray twice or thrice a year. Regardless of the interval in which they engage in religious rituals, all of them are identified as Muslims in general. According to them, their day-to-day life is not dominated by religion in toto.

There’s a small dominant group within the Muslim community that uses hegemonic powers to control the community. The small dominant group is identified as ‘Islamists’. The facts about them are still hardly exposed to the public. Islamists hold threatening and dangerous hidden ideas such as, ‘Only Islam should rule the whole world — Islam is the only solution to all the problems in the world — every activity in the world should be carried out according to the Islamic teachings — all Muslims should follow Islam in toto — Islam should be propagated to everyone in the world — Jihad should be declared against the people who do not accept Islam — sacrificing the lives for the sake of Islam is the greatest honour, etc. They work in different platforms, performing different roles with long-term agendas. It is wrong to imagine that all such people have long bushy beards and are dressed in Arabian attires. Most of them present themselves in stylish appearances, and they intrude various fields and platforms methodically. They do not normally directly involve in violence and terrorism, however, they are well capable of producing persons who can engage in direct violence and terrorism. They possess the ability to engage in violence and in terrorism, only when it is highly necessary for them to do so. They are so subtle as to use the leftists and the progressive forces, which are concerned about the oppression of Muslims, to achieve their own targets as well as for political lobbying.

The Islamists are well capable of subtly justifying violence, sexual discrimination, scientific contradictions and superstitious beliefs, etc., found in Islamic scriptures, with appealing words and tactics; they believe that they do Jihad by the pen. Whenever the Jihadists carry out terrorist attacks, Islamists take a well-analyzed stand to suit the developing circumstances and the emotions of the masses. They would design their stand in accordance with public opinion. ‘Islam has nothing to do with this’ is one of their widely used rhetoric for cover-ups. They do not hesitate to exemplify freedom struggles to justify terrorist attacks, when they decide to do vise-versa. They are mostly highly skilled in carrying out the tasks they are assigned according to the long-term agenda. Their intrusion into the country’s key sectors such as education, administration, media, non-government organisations, etc., is a well-planned, and methodically executed one. Insertion of extremist and harmful materials into the school textbooks that are capable of creating hatred and spreading violence, accreditation obtained by Sri Lanka Jamaat E Islami’s students wing from the government department for the residential training, conducted by them under various bogus titles, to establish an Islamic State in Sri Lanka, and permission obtained by Sri Lanka Jamaat E Islami’s student wing to use the state emblem for the above said residential trainings, are some visible examples of the results of the methodical intrusion by Islamists into the key state sectors.

The third group, ‘Jihadists,’ generally evolves from among the Islamists. Jihadists are the people who use violence, terror and assault weapons to achieve what the Islamists believe, and what Islamists ploy to achieve through long-term agendas. Jihadists remain to be Islamists until they are prepared to carry-out terror attacks. ‘A non-Islamist Muslim’ directly becoming a Jihadist, is a very rare phenomenon. A Jihadi suicide bomber can blow himself up only one time, but every single Islamist is capable of creating a countless number of Jihadi suicide bombers.

I do continue to expose Islamists and their secret ploys until this very day within my capacity, but I do not mean that they will blast bombs immediately. They, too, will take their own time and act only when the right time comes. Therefore, it cannot be predicted to happen immediately. I made my first detailed statement to the intelligence about Zahran and his ISIS affiliation in July 2016, but nothing happened straightaway. It took nearly three years for Zahran and his bunch of terrorists to launch the suicide attacks on Easter Sunday in 2019. It is not easy to predict when Islamists of the present day will carry out attacks. I am not aware of any official records that mention anyone else has made a statement to law enforcement regarding Zahran’s ISIS affiliation, prior to my statement registered in July 2016.

Immediately after the Easter Sunday attacks, a number of Islamists deleted their previous posts on social media platforms, such as Facebook, and suddenly started to share anti-Zahran posts with the idea of hoodwinking the law enforcement and the public, to pose that they too were opposed to Islamic terrorism. When Mohamed Thaslim was shot in Mawanella following the destruction of the Buddha statues in the area, I exposed the background of the attackers via Facebook, but individuals connected to Sri Lanka Jamaat E Islami tried to silence me. Sri Lanka Jamathe Islami is a Jihadist as well as an Islamist Organisation that operates in Sri Lanka with a long-term agenda. They are the pioneers in sending Sri Lankan Muslim youth to places such as Afghanistan, Pakistan and Kashmir for Jihad fighting and Jihad training. Most of the Islamists who are currently operating in Sri Lanka, were trained and moulded by Sri Lanka Jamaat E Islami. Even though the fact that the ordinary Muslims and the Islamists are not the same, the Islamists never allow the fact to be known by the public. The Islamists prefer to mingle and hide among the Muslims, pretending to be part of the Muslim community. The Islamists are well experienced and very proficient in using the term ‘Islamophobia’ very effectively, to silence the criticism and questions against them.

A popular belief has been forming among the Sri Lankans, following the Easter Sunday Suicide attacks, that Sufi Muslims are peaceful people and there’s no danger to the country from them. Hence nowadays, many Islamists attempt to disguise themselves as Sufi Muslims and share the quotes of famous Sufi Saints like Moulana Rumi, on social media. All parties, including Sufi Muslims, should be vigilant about this chameleon attitude of the Islamists.

When it comes to the leadership of Islamists, indoctrination of extremist ideology, brainwashing Muslim youth to introduce international Islamic terrorism, exposing the Muslim youth to international terrorist organisations and creation of Islamic terrorism within them were the many harmful things Islamist leadership feed to the community. Islam had been practised as a peaceful religion, until the arrival of Islamist leadership; once the Islamist leadership took control of the community, it reintroduced Islam as a fascist ideology that thinks it should rule the whole world alone, by destroying all other political, religious and social ideologies.

As long as Islam was practised only as a religion in a peaceful way, things were calm, but Muslims and others lost their peace of mind from the moment when Islamists started to present Islam as a fascist ideology.

It is the responsibility of all those who love humanity to rescue Muslims from Islamists. It is unfortunate that many leftists and progressive thinkers do not understand, or do not want to understand, the difference between Islamists and Muslims. Therefore, those who claim to be in support of the Muslim minority, are actually helping promote the cause of Islamists, who oppress the Muslims. Let’s come back to the Stuttgart incident, with the understanding of the differences between the said three groups for the conclusion of this article. It is appropriate to call the murderer of French school teacher Samuel Paty as a jihadi, and to call those who attacked the participants of the commemoration of Samuel Paty as either jihadists or Islamists. It would be entirely wrong to generalise such people as Muslims, and it would lead to the making of Muslim hatred or Muslimophobia. Therefore, it would be appropriate to use the terms ‘jihadist’ and ‘Islamist’ in proper context, instead of generally referring to them as Muslims.