Major General Suresh Sallay, Director General of State Intelligence Services lodged a complaint today (25th) with the Criminal Investigations Department by objecting to the series of malicious accusations levelled by Rev. Siril Gamini and others on incidents surrounding the Easter Sunday Attacks in 2019. 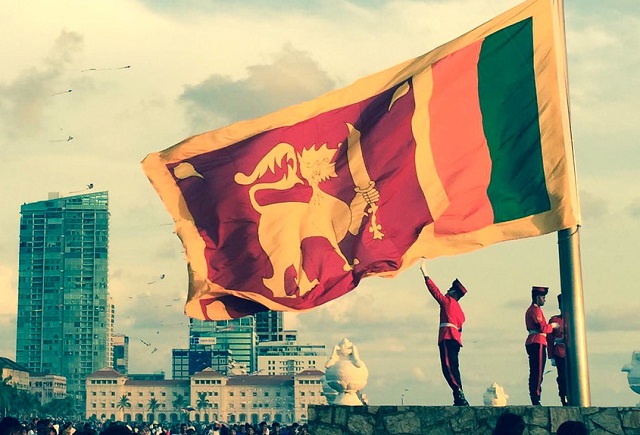 Participating in a panel discussion on the Easter Sunday Attacks held via the ZOOM platform on 23.10.2021, Rev. Siril Gamini had stated that Saharan Hashim, the leader of the National Thawheed Jama’ath, who led the terrorist attacks, had received monetary and essential supports from the Sri Lankan Intelligence Services. He further states that Major General Sallay (then Brigadier) had actively played a role in nurturing Saharan and his cohorts.

While vehemently denying all allegations made by Rev. Gamini and others, Major General Sallay has reiterated the fact that all allegations are completely false and aimed at defaming him.

Major General Sallay further states that the purpose of these allegations was not only to mislead the general public but also to deliberately damage his reputation, nationally and internationally and endanger his life and the lives of his family members. Further, such false accusations cause irreparable damage to the intelligence services and officers that play a pivotal role in strengthening national security. He has reaffirmed his complaint that he had never made any form of communication with Saharan Hashim or his cohorts under any circumstances.

Therefore, Major General Sallay has sought the Criminal Investigations Department to take appropriate action against Rev. Siril Gamini and others who participated in the same panel discussion and had indicated that further legal action is underway.