All our debtors would want us to settle our full liabilities immediately.  Our cost of borrowing would increase beyond measure.  We simply would not be able to borrow any more.   Unless we become a vassal State to a country such as China we simply will not be able to exist.  We are bringing out gold coins to celebrate the 100th anniversary of the Chinese Communist Party. Already many institutions have only Chinese name boards – no Sinhala, no Tamil and not even English.

It is with a heavy heart that I rise to speak on the Central Bank Report 2020. We are at the threshold of erasing our unblemished record with regard to Debt Repayment. If we Default on any loan it is likely to trigger cross-default acrossall our loans. That as you can imagine, Sir, would be an unmitigated disaster.  All our debtors would want us to settle our full liabilities immediately.  Our cost of borrowing would increase beyond measure.  We simply would not be able to borrow any more.   Unless we become a vassal State to a country such as China we simply will not be able to exist.  We are bringing out gold coins to celebrate the 100th anniversary of the Chinese Communist Party. Already many institutions have only Chinese name boards – no Sinhala, no Tamil and not even English.  So perhaps preparation is already afoot to make us a distant province of China in anticipation of where we are heading! Have we forgotten what this means in terms of geo politics? Do we want to cut our nose to spite the face? 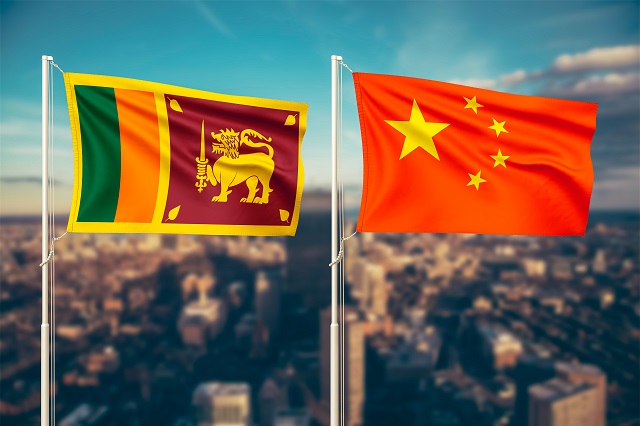 One particularly troubling matter is our inability to meet our recurring expenditure through government revenues.  The taxation policy that was introduced in 2020 significantly reduced Government revenue in terms of taxation.  While this was no doubt beneficial to the ordinary citizen the cost of living that has burst through the roof has more than off-set any benefit from the changed policy in taxation. The result is that the Government coffers remain constantly under pressure with no economic growth.  So the problem is we cannot even generate enough revenue to meet our loan obligations and effect the payment of Salaries. This means that the Government cannot even maintain the status quo without resorting to further borrowing.  Not only have we been caught in the debt trap, but it looks like we don’t even want to get out of it talking only politics to get one over each other.

Recently HonourableKeheliaRambukwela told the Press that the Sri Lankan Government has paid one billion dollars as loan repayment. He was proud of it. But he has forgotten to tell us as to when the balance 34 billion would be paid!

Be that as it may, I am told Letters of Credit have been refused to certain institutions due to paucity of dollars. Our Reserves have gone down to perilous levels?  We may not be able to import petrol or diesel. I think it was Dr.W.Dahanayake who came to Parliament by Bullock Cart long ago when Petrol prices went up. That was due to a price hike. But the present situation is much worse.  There will be no petrolnor diesel even if you could afford to buy.

We have been printing paper money recently at levels previously unheard of – setting daily, weekly and monthly records. Our currency is being propped up by artificial and extra legal means.   The writing is on the wall and we are blissfully engaged in petty politics – even in respect of the most vulnerable groups.

Where have we brought our citizens to?  We are prepared to play the fiddle like Nero while the flames of hunger, debt and despair ravage our fellow citizens.

If I have to refer to the situation in the Northern Province the stoppage of fertilizer imports is going to have a long term negative effect on our economy. Already our Provincial GDP contribution in 2019 was 4.7% only. So many years of war has had a deleterious effect on our economy.  Added to that the continuation of the occupation by the Military of the Northern Province has had a negative effect on our performance. Adding to the farmers’ woes is the Military doing agriculture in the North and East. This affects the locals since the Military is able to produce agricultural products cheaply with the several benefits they enjoy while the farmer finds it difficult to produce and market their goods. In any event no proper planning has been done to find markets for our local produce. I hope the new Minister of Agriculture would take effective steps for the farmers in the North to market their goods. The Northern  economy is almost in a stagnant state. Honourable Minister Aluthgamage, who speaks our language too,  will no doubt help to alleviate the precarious state into which our farmers have fallen.

I have time and again advised my Sinhala friends on both sides of the Parliament that they should take us, the Tamils, into confidence, solve our problems and invite investments from our diaspora. Our brethren abroad including our Sinhalese brethren would gladly bring in enough foreign currency to tide over the calamitous situation we are in. But our Sinhala politicians are like the moths wanting to run into the burning light and burn themselves out. They are prepared to trust the Chinese but not the Tamils!

Let me again appeal to the saner sections of our Sri Lankan Sinhala Buddhist intelligentsia to consider closing ranks with the Tamils and Muslims and allow copious flow of capital into the Country to tide over the serious foreign exchange problem we are facing today. This is the time to come together to save this Country.  I thank you.