No matter how powerful the president was, the 1978 constitution did not allow the president to maintain his authority without the majority support of the parliament.

Not only the economy but also the socio-political system of Sri Lanka is in a state of complete disintegration and total collapse. It is very rare that a state which has entered into the modern age falls into a state of collapse in this manner. Even rarely such a situation could occur only in a stupid state where serious mistakes have been carried out persistently and for a very long period (not just 5-10 years, but 20, 30, 40 years) without rectifying them. 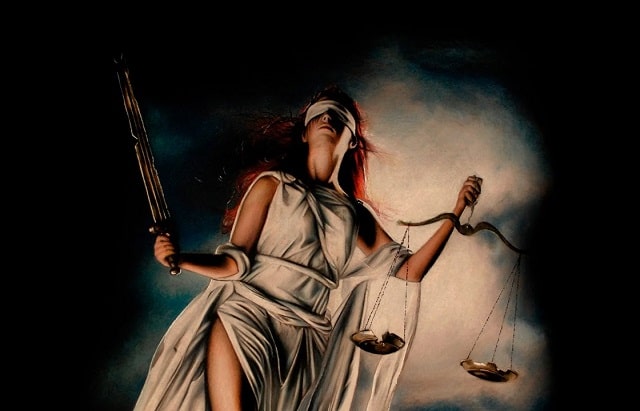 In any state there is a division of power between the Legislature, the Executive and the Judiciary. It was Montesquieu, French enlightenment political philosopher who has pointed out the need for having such a separation of power to ensure liberty and avoid the oppression of the ruled. His view was that the three power centres should be set up in such a way that one centre would not be able to usurp the powers of the other two.

Sri Lanka received a similar system of governance based on separation of power and the rule of law from the Soulbury Constitution. Colvin by his 1972 constitution distorted the structure of the Soulbury Constitution by weakening the power of the judiciary and giving parliament a supreme status over the judiciary. Thereafter, J.R. Jayewardene maximised the process of distorting the political system through the constitution which he brought to the fore in 1978.

No matter how powerful the president was, the 1978 constitution did not allow the president to maintain his authority without the majority support of the parliament. Therefore, to keep the parliamentarians happy and alleviate their dissatisfaction caused by the loss of their recognition, he implemented a policy that allowed them to earn wealth by illegal means such as granting government land at nominal value, issuing various licenses of economic value, etc. and the right to act as government contractors along with various privileges which they were not entitled to, such as duty-free vehicles.

In any country where a democratic system of governance is in operation, the people’s representatives are not allowed to transact business with the government. Such acts are considered as serious offenses leading to be dismissed from office and deprived of civic rights as well. Sri Lanka too, had strict laws to deal with such offenses. President Jayewardene did not repeal them. Instead, he persuaded government MPs to indulge in such illegal activities and prevented the law from being enforced against them. Even on rare occasions when the law was enforced against them, he pursued a policy of protecting them.

Albert Silva, who was elected to the Galle electorate in 1977, was deprived of his parliamentary seat as he possessed a kerosene license which was contrary to the law. What President Jayewardene did in this instance was to persuade the MP for Kamburupitiya electorate to resign from his parliamentary seat and appoint Albert Silva as a Member of Parliament filling the vacancy created by the resignation of the former.  All the other presidents who came to power after President Jayewardene continued this corrupt system adding new elements to it with the view to retaining the support of parliamentarians. President Chandrika, during her tenure, introduced a system of issuing liquor licenses to the members of parliament. Now there are not only tavern owners but also the owners of liquor industries as well among the MPs. In the early days of his Presidency Mahinda Rajapaksa issued two radio licenses to two political parties (the Janatha Vimukthi Peramuna and the Jathika Hela Urumaya) as a token of gratitude for the support he received from them, which they could sell for money.

Even the grant of duty-free permits to the Members of Parliament can be considered as a system which is contrary to the law and the accepted parliamentary traditions. All the members of parliament, irrespective of their party affiliations, adapted to this corrupt system and none of them stood up against it. All the speakers were aware of this horrific cancer that was spreading across the parliamentary system, but none of them were bothered to investigate it or to remove it.

Breaking the spine of the Judiciary

Seven judges of High Court who had fallen from the grace of President Jayewardene were removed from their posts depriving them of the right to take oaths under the new constitution. The vacancies created by their removal were filled in an informal and arbitrary manner. In spite of all these unpleasant developments, Neville Samarakoon, his personal friend, who was appointed the Chief Justice by the president, adopted a firm policy to protect the dignity of the judiciary rather than protecting the president.

Consequently, the wings of the judiciary were clipped, but still Neville Samarakoon was able to sustain the confidence and respect of the people for judiciary by issuing a number of powerful and impartial judgments defending the rights of the people though they have provoked strong opposition from the president. Even after the retirement of Chief Justice Neville Samarakoon, the progressive trend he had set upon the judiciary continued to prevail for some time.

Chief Justice Sarath Silva appointed by President Chandrika, shortly before the end of her first term, contrary to all accepted democratic traditions, could be considered as the person who reversed the progressive path of the judiciary. At the time of his appointment as the Attorney General he was caught up in a state of stifling grip. As Attorney General, he had been charged with two counts of corruption. They were based on the conduct of Magistrate Lenin Ratnayake and District Judge Upali Abeyratne. I was the main person who made those two allegations public.

These two despicable judges had been convicted by two committees of inquiry appointed by the Judicial Service Commission in response to allegations made by me against them.

Thereafter two of us filed a complaint each against Attorney General Sarath Silva on corruption charges. The Supreme Court had already initiated investigations on them. In this backdrop, President Chandrika appointed Sarath Silva as the Chief Justice to save the neck of her friend who was already trapped and at the same time to manipulate him to control the judiciary as she pleased.

The destruction done to the judiciary by Sarath Silva after he was appointed the Chief Justice was immense. He did everything possible to undermine the independence and dignity of the judiciary. There was strong opposition against his appointment as the Chief Justice which was unethical, and also his improper conduct, locally as well as internationally. However, due to the opportunism that had overwhelmed the political arena in Sri Lanka, the country lost the opportunity to get rid of this cancer. Ranil Wickremesinghe evaded the opportunity when he had power to remove Chief Justice from his post; Later Ranil burnt his fingers by trying to remove him when the power of his party was eroding.

The Janatha Vimukthi Peramuna (JVP) and the Jathika Hela Urumaya (JHU), the two main parties that influenced the alternate public opinion adopted a policy of defending the infamous Chief Justice in order to obtain judgments that were beneficial for their political parties. After that, had there been some authority remained in the judiciary, that too, can be said to have been flattened to the ground following the impeachment motion against Chief Justice Shirani Bandaranaike during the regime of Mahinda Rajapaksa and the controversy that arose over the judiciary in association with it.

Now the social system in Sri Lanka, the state, and the economy of the country are on the verge of collapse, failure, bankruptcy and anarchy. It is sad to say that the role being played by the President, the head of the executive and the head of state, in this crisis appears irresponsible. At a time like this when the country is facing an unprecedented catastrophe, it is essential not to allow room for corrupt transactions that could jeopardise the economic survival of the country; yet, the Sugar Deal, the Chinese Fertiliser Deal, the Indian Nano Fertiliser Deal and the sale of exploding gas cylinders show that the President has been compelled to allow the cronies to carry on large-scale exploitation despite the crisis facing the country.

While it is imperative to refrain from doing things that could lead to ethnic and religious strife in the face of such a crisis, the appointment of a monk to the Presidential Task Force on ‘One Country, One Law’, which has caused strong opposition among minorities, indicates the sheer lack of discipline on the part of the president in acting in fairness even in a matter like this. Under the circumstances, the president cannot be expected to develop a suitable framework for resolving the issues by consensus in the present crisis. The way things happen in parliament, such a move cannot be expected from parliament either.

No party in parliament has put forward any proposal to overcome this crisis. Under these circumstances, the judiciary has the highest potential to guide the president and the parliament on the need for developing a constitutional framework and the conditions that must be fulfilled to overcome it.