One should hold the New Fortress deal to view in that light. After all the politician in charge, although quite wealthy personally, never in his life held a position of executive responsibility before he became a minister in our governments.

The first, I recall, were containers loads of garbage from the UK imported by someone here. The containers lingered in the port for a few months until the importer could find a politician or a bureaucrat who could be suborned to release the smelly stuff. However, the deal could be so odious that nobody took the bait and the containers duly left. 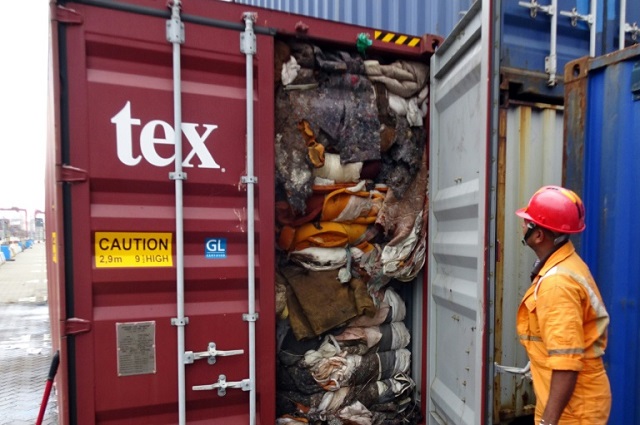 More recently, there was a ship laden with dangerous gases and solid material, which were leaking and had been refused entry into a number of ports but was welcomed here by a minister who hailed it as a shipload of US dollars. The bureaucrats held ground and the ship capsised not far from our shores, poisoning marine life with its excreta that also washed ashore. I have seen no reports that adequate punitive damages were claimed or paid. Perhaps there is more poison being brewed.

Consequent upon the fertiliser fiasco, put in operation by the President, there were two shipments of which, to be polite, did not conform to local prescribed requirements. On orders placed by a local importer, a firm in Qing Dao shipped out some fertiliser, which when analysed by several scientific establishments here, were threats to the quality of soils here and perhaps to the health of the public. The ship lingered in our territorial waters until the importer could find someone to suborn. Our scientists found that that fertiliser formed a danger to the health of our soils and of the users. The ship left and sued the government (or the importer?) for $6.7 million in compensation. It has not been explained to the public why the wrongdoer, the exporter in this instance, should be paid for bringing in an unsatisfactory product into the country, or why the importer who, in the first instance, ordered that foul stuff, should not be held responsible and pay the fine. Our scientists held ground and the media did a superb job of persistent reporting daily that no politician dare plunge the dagger. This is a funny outcome. The importer ordered or the exporter sent foul stuff and the government (that is the taxpayer, nearly a dollar per every person who voted to elect the President) pays a huge fine, ill afforded at any time and now. Surely, the importer should pay compensation, if any, to the exporter porter and our government should fine the importer. The actual turn of events is bizarre and smells to hells lower than avici maha narakaya. Our often MUC-maligned bureaucracy held their ground to save the public.

The last, for the time being, is the airlifted ‘nanourea’ which the farmers refused not simply because of its foul smell but also because that the fertiliser invited wild beasts to their fields. The scientists are yet to pronounce themselves, if the case had been referred to them at all. The Ministry of Agriculture has many competent scientists and they should examine the foul stuff and save the public from the follies and the avarice of foolish politicians.

Those repeated attempts to sell substandard and indeed dangerous merchandise in our country must result from information available to exporters that we are a society of kleptocrats (thieves, a la Alibaba and his band of 40) with political leaders who could be suborned cheaply and /or are too stupid to understand the villainous nature of the transactions envisaged. One should hold the New Fortress deal to view in that light. After all the politician in charge, although quite wealthy personally, never in his life held a position of executive responsibility before he became a minister in our governments. The President, himself, confessed, a few moons ago, that he was short of experience for the job (ath dakeeem madiy).

It is time to laud our scientists and bureaucrats who have withstood pressures on them and served the public well.