He did work with many Tamil diaspora communities to heal the war wound. He did his best to console Tamil community after the war.

No doubt Mangala Samaraweera is one of greatest leaders of Sri Lankan soil. He was a shining star among all Sri Lankan politicians. His political philosophy will never be forgotten by people of Sri Lanka. His political legacies will be in the minds of  people for years to come. He will be remembered for his sincerity, dedication, honesty, patriotism, and loyalty to this nation. He will be remembered for his shrewd diplomatic skills and bravery. He will be remembered for his sharp diplomatic attitudes to win the hearts and minds of international community.Soon after, Sri Lanka defeated LTTE, Sri Lanka encountered an international cry.Many western countries  wanted to punish the government for some alleged war crimes in the war against LTTE and yet, it was Mangala with his shrewd diplomatic skills managed to win the support and goodwill of many western countries at this crucial time aftermaths of war. No other Sri Lankan politician would have handled this difficult situation as Mangala did. He managed to protect the goodwill and reputation of Sri Lanka at these difficult times. He won the hearts and minds of many international political leaders even at this crucial time after the war. 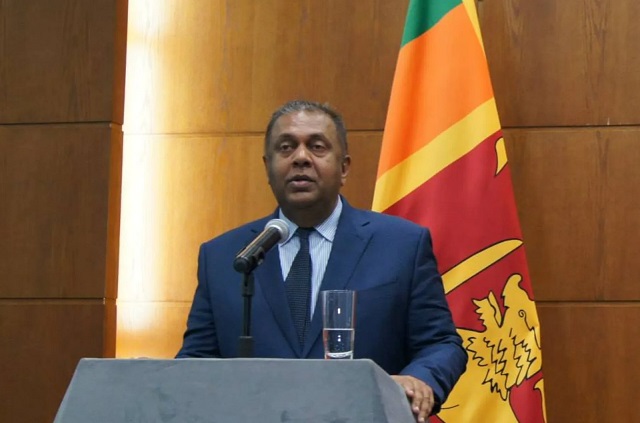 This is what Samatha Power: the former US ambassador to the UN has to say about Mangala Samaraweera in respond to Mangala’s invitation. “ Right now, I am in the final weeks of finishing of writing a new book. I have been working nonstop to meet my deadline. I won’t even leave my house to buy groceries. But if there is one person who could get me to travel over 8.000 thousand miles at the movement, it is Mangala.” This testimony alone is sufficient to describe the personality, manners, and charismatic qualities of Mangala. International political leaders are inspired and mesmerised with his soft and lenient attitudes and approaches in his diplomacy and politics.

He promoted an inclusive political philosophy for Sri Lanka. He strongly believes that the contribution of all minority communities is imperative for the nation building process of Sri Lanka. He firmly believes that no community should be marginalised, isolated, and neglected in the nation building process of the country. He was very much honest and firm in his opinion. His international exposure and interaction may have taught him that  we cannot develop this nation without the support and cooperation of all minority communities. Yet, some Sinhalese nationalist groups did not understand him, and they accused him of many things. They insulted him and portrayed him as an anti-Buddhist, and anti-Sinhalese  politician. He was portrayed as a disloyal politician to the national interest of Sri Lanka and yet, all what he wanted was to rebuild this nation after the war, with some inclusive political ideas and yet, his political philosophy was distorted, misinterpreted, and misunderstood by many ultra-Sinhalese nationalist groups and media. He never compromised  the sovereignty and integrity of this nation and yet, he was accused of collaborating with Tamil diaspora communities. All what he wanted was to seek the support of diaspora Tamil community to rebuild this nation. To do, Sri Lanka must promote an inclusive political concept. That is what he wanted to do. He wanted to take Tamil community on board to develop this nation. There are more than  one miilon Sri Lankan Tamils in Europe alone. What is wrong in making use of their skills, experience, and knowledge to develop this nation. Yet, some nationalist groups did not understand Mangala on this matter.

He respected the democratic rights and will of the people. He appreciated the political freedom, liberty and freewill of people in politics. He wanted to handle public problems through dialogues, discussions, and negotiations. One of his tweets reads like this. “ In my time there were protests almost daily in front of the Finance Ministry: I never called the police to disperse them nor negotiate with the protestors until the protest was called off. However disagreeable their demand maybe we must respect the right to demand and protect.” This statement illustrates his respect for public opinions and public freedom. He never wanted to crush people’s right to protest and people’s liberty and freedom.