Is there a government? This is the question one asks oneself on seeing how helpless the public has become vis-à-vis powerful businesses who exploit them with impunity.

Hardly a day passes without huge increases in commodity prices being reported. Prices are rising so rapidly without any discernible increase in economic activity that one wonders whether the country is being tipped into stagflation. The government is behaving like an inebriated lifeguard who watches a drowning man flailing, instead of throwing a lifeline. Powerful businesses are having a field day, jacking up as they do prices according to their whims and fancies. Businessmen determine the prices of their products and services, and announce them at press conferences, making one wonder whether there are any consumer protection laws in this country. There is no one the hapless consumer can turn to. What is this world coming to when a government looks on while the people are being fleeced so savagely? 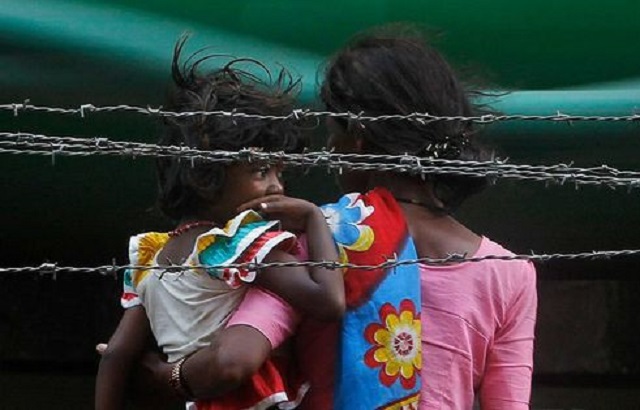 Consumers have been suffering heavy blows, one after another, during the past so many weeks, and the latest one has come from the local dairy product manufacturers including a state-owned company; they have jacked up the prices of the locally produced milk powder by Rs. 225 and Rs. 200 a kilo. The new prices are Rs. 1,170 and Rs. 1,165 a kilo, according to media reports. These price hikes have left one puzzled.

Three main reasons the milk powder importers have given for increasing the prices of their products are the increases in milk food prices in the international market, the depreciation of the rupee against the US dollar, and the escalation of freight rates. True, there have been some cost increases, but the question is whether they are so high as to warrant such massive increases in the prices of imported milk powder here. The milk powder importers obviously emulated the rice millers who have become a law unto themselves; they, too, created a scarcity and won their demand for unprecedented price hikes. Now, imported milk powder sells at Rs. 1,195 a kilo. People expected the local dairy companies, which heavily market their ‘Sri Lankan-ness’, to act reasonably, only to be disappointed.

How come the prices of locally produced milk powder have risen so sharply? The domestic milk powder manufacturers have claimed their costs have also gone up. Their argument is not convincing. The onus is on the Consumer Affairs Authority (CAA) to reveal to the public whether the increases in the prices of local milk powder are actually due to increases in production costs, or whether the domestic dairy product manufactures have sought to make the most of the situation; consumers feel that they are being exploited. An explanation is called for.

The general consensus is that the CAA has become so politicised and impotent that it only provides a rubber stamp for unscrupulous big businesses with political connections. Will it try to prove its critics wrong by taking up the cudgels for the public?

Is there a government? This is the question one asks oneself on seeing how helpless the public has become vis-à-vis powerful businesses who exploit them with impunity.

The Presidential Commission of Inquiry that probed the Easter Sunday bombings (2019), in its report, says one of the reasons for the serious security lapses which led to the carnage was that the then government was dysfunctional. True, the yahapalana government became a metaphor for dysfunctionality and ineptitude. The present dispensation, whose leaders promised a strong government to protect the interests of the public, does not look any different in spite of having a two-thirds majority in Parliament; confusion is reigning at the upper echelons of government. Ministers are running around like headless chickens, and the public is at the mercy of profiteers who enjoy unbridled freedom to do as they please.

Let the ruling politicians be told that they are digging their own political grave.

Manik De Silva is the editor in chief of Sunday Island, a weekly based in Colombo