Every Sri Lankan expatriate has a frustrating dream to see Sri Lanka on par with other attractive and well-run countries in the world that they have seen.

At a time when Sri Lanka is sitting on the very bottom rung of the world ladder concerning every aspect of a modern society, there is a glimmer of hope for the future, thanks to the unsung work of a group of invaluable individuals who I call the ‘Magnificent Seven’. Despite the differences in their modus operandi, they all have the same honourable goal in mind: bring back Sri Lanka to its former and would-be glory through a change in personnel and the system of governance of Sri Lanka. 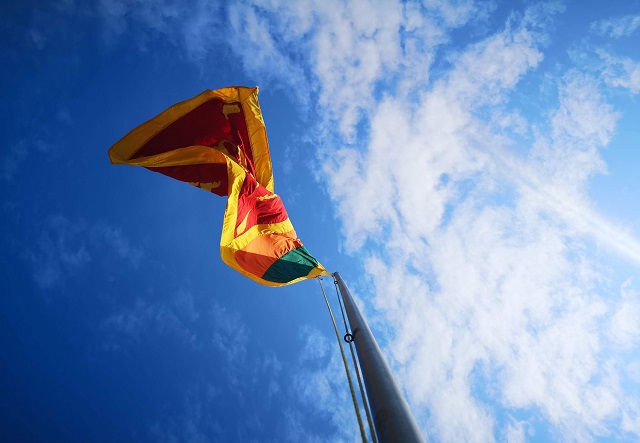 Every Sri Lankan expatriate has a frustrating dream to see Sri Lanka on par with other attractive and well-run countries in the world that they have seen. This dream is born as a logical conclusion that it is possible to realise but in a hard-to-realise nightmarish environment. Our country has natural beauty, educated and intelligent people who love it, fertile soil, and other natural resources that can help develop the country in no time. The main reason for the country to remain at the bottom of the world ladder is that it did not have, educated, intelligent, honest, and good-hearted people to rule since independence. Although the leaders before 1977 were not efficient and knowledgeable to find a development path and a system of governance suitable for our country rather than following what the British dictated and what they copied from backward India, they did not steal from the people. With J.R Jayawardene’s ascendance to power a curse was born and escalated for the worse until today. He learned from the British strategy of ‘divide and rule’ and introduced the concept of ‘impoverish and rule’. Since then, the successive governments gave a free hand to their politicians and the cronies to misappropriate public funds and steal until the state coffers are empty. An impoverished nation is easy to rule. The best example is the most recent reciting of a poem by a person from the wedding organisers association or something to that effect, praising the government for allowing weddings and other ceremonies to go ahead. Impoverished people can be bought for a lunch packet and half a bottle of arrack. Politicians are so certain about this, and they demonstrate the belief by both words and actions. The strategy to impoverish and rule has brought devastating consequences for the country and the people, and it has so far shattered the dream of the well-wishers.

The country is even poorer than Ethiopia and Bangladesh. All public services including education and health have hit rock bottom. On the quality-of-life index, Sri Lanka occupies 78th place out of 83 countries included.  World economic rankings recognised SL’s place as 65 while Pakistan and Bangladesh are ranked 40 and 43 respectively. On the happiness index SL holds 134th place out of 153 countries rated.  University rankings that we have received is pathetic. Peradeniya University has fallen into the ranking category of 1001+.

Some believe that people are responsible for their own downfall as they keep on voting those rogues in time and again. It is not fair to conclude that the general public are foolish because in 2015 they showed that they were not gullible by defeating the all-powerful and popular Mahinda Rajapaksha. Unfortunately, the power was transferred to two imbeciles who belonged to the same type of political clans.

The effort that my protagonists are making is  to raise awareness among the public that no politician whom this system has produced is suitable to rule this country .

The magnificent seven are 1. Speal Amarasinghe the philosopher, 2. Tharindu Uduwaragedara the knowledge hub, 3. Sudaththa Thilakarathna, the rogue patriot, 4. Chameera Perera the orator, 5. Nagananda Kodithuwakku the lawyer, 6. Bharatha Prabhashana Tennakoon the logician, 7. Abhishaka Fernando the satirist. Among others, these seven are the most prolific political educators that Sri Lanka has at the moment, and it is the responsibility of the nation to save and nurture these people who are the best assets that Sri Lankans possess and the best hope to lead people towards a paradigm shift.

Sepal Amarasinghe while believing that none of the current politicians have the knowledge, intelligence, skills, or desire to rule this country has been flexible enough to admit that there is a handful of politicians who can be rehabilitated to be good. His philosophy that the current political system does not suit our country has to be the top priority in the mindsets of Sri Lankans.

Tharindu is the greatest informer among them. He informs the people about the current deals and political manoeuvres for people to be aware of. His knowledge and skill to find such information and his ability to accurately analyse them is incomparable. It is difficult to attach a value to this human asset.

Suddaththa is my kind of hero. His slogan, “no debt, no fear” epitomises a hero bent on telling the truth.  Once I said that both Sepal and Sudaththa enter the same swimming pool, Sepal from the deep end while Suddaththa takes the shallow end.  Sudaththa’s end is comparatively more productive as the majority takes the shallow end anyhow. God bless his honest heart and boiling blood!

Chameera is the best orator on stage in Sri Lanka at the moment. He spellbinds those who listen to him with his penetrative presentation skills and indisputable facts. Sri Lanka is blessed to have a son like him. I wish many more like him were born.

Bharatha Thennakoon is logical. His logical presentation of facts and logical analyses of current affairs are a breath of fresh air.

Last but not least, Abhisheka the satirist. Satire is a very strong medium to convey a message. She uses satire very effectively and is at the peak of her ability to achieve the desired outcome. Her beauty and sharp mouth combined can deliver an unfailing blow to the villains and achieve the honourable goal that the magnificent seven persevere to reach.

Now then, what is the plan? Many people may have raised that question already. My personal view is that the country needs a more solid strategy to make the change beyond Sepal’s concept of ‘NOTA’ and Nagnada’s ‘abstention’ concept. Apart from the collaboration between Sepal, Nagananda and Sudaththa, any other effort to collaborate with like-minded people seems absent. Individuals alone cannot achieve a collective goal. It is apparent that none of my heroes is interested in active politics, but they are determined to help the change happen. For the paradigm shift to take place a new front that can collect all progressive individuals has to be formed. The 2nd stage of your effort may be the forming of this front. There is no time to postpone this. I believe this is the right time to act.