The nature and magnitude of corruption that has almost completely taken over the body politic of the country today has a direct impact on the lives of the poor and marginalised. The mega corruption that goes unchecked finally diverts badly needed resources from the underprivileged sectors of society as well as adds to the cost of living.

The revelations by the International Consortium of Investigative journalists in what is now known as the Pandora Papers have once again caused the spotlight to fall on corruption in Sri Lanka.

The Thalagodapitiya Commission appointed by the S. W. R.D Bandaranaike Government in 1959 found several of its own parliamentarians guilty of Bribery. Compared to the degree of corruption that has now eaten into the governance structure, particularly after the ushering in of the open economy in 1977, the allegations before the Thalagodapitiya Commission could be described as ‘peanuts’. 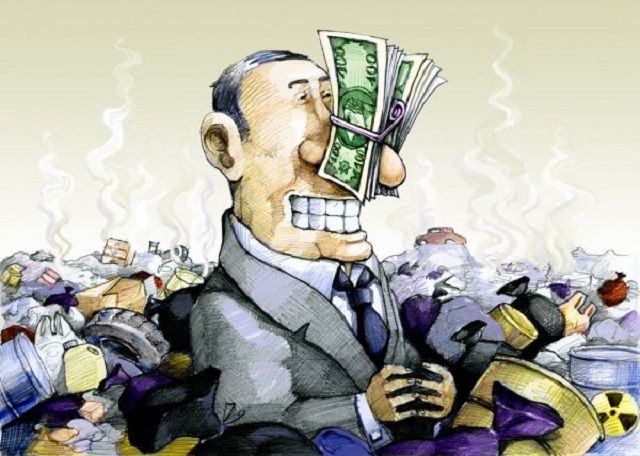 One of the MPs arraigned before that Commission was accused of accepting a bribe of Rupees 300 and a bag of rice.

While all these allegations of bribery relate to individuals and are reflective of the integrity of those engaged in politics, what is more alarming is the way in which the spread of the tentacles of corruption has impacted on governance structures in the country to the detriment of the peoples welfare.

Professor Laksiri Fernando in one of his writings sums it up well. According to him corruption derails development, degenerates and distorts the democratic system and decays the moral fabric of society. The ultimate victims are the poor, the needy and the ordinary people.

The nature and magnitude of corruption that has almost completely taken over the body politic of the country today has a direct impact on the lives of the poor and marginalised. The mega corruption that goes unchecked finally diverts badly needed resources from the underprivileged sectors of society as well as adds to the cost of living.

A random examination of some of the better known corruption sagas will shed light on what impact it has had on the economy.

Ronnie de Mel who served as Finance Minister during the J. R. Jayewardene regime once stated that one third of the aid that was received for the Accelerated Mahaweli Diversion Project went into private pockets.

During the Yahapalana regime the Central Bank Bond Scam was another instance of corruption. The tenure of the current regime has witnessed the Sugar scam, the Garlic Scam and the Data Scam related to the National Medical Regulatory Authority to name a few.

A couple of weeks ago former President Maitripala Sirisena drew attention to how a cheque had been released in haste on January 7, 2015 (a non working day in view of the Presidential Elections the following day) for the Nilwala Ganga Diversion Project. He raised the question as to where the money transferred by this payment had gone given that not even a sod of earth had been cut in furtherance of the Project up to date.

The question arises why no action had been taken with regard to this matter given that President Sirisena himself had raised this matter during his Presidency.

According to a Report of the Auditor General the Ministry of Irrigation and Water Resources Management had paid a Mobilisation Advance of Rs.4,011,045,982 to the foreign contractor company for the Gin Nilwala Diversion Project comprising Rs.998,576,311 and Rs.3,012,478,471 in the years 2014 and 2015 respectively.

One of the factors that is inhibiting the fight against the spread of large scale corruption is the weakness of the Commission to Investigate Allegations of Bribery and Corruption (CIABOC ) as well as other Governmental machinery that is supposed to monitor corruption.

One of the factors that contribute and facilitate corruption is the failure to follow due process prior to disbursement of funds. Under the 19th Amendment a Procurement Commission was set up but never quite got going. Unsolicited proposals have also been identified as a potential source of corruption but such proposals are still entertained by the Government.

The Declaration of Assets Law was enacted in the 1970s as a means of monitoring the illegal accumulation of assets by politically exposed persons but has hardly served its purpose.

The lack of strong public opinion is another factor that prevents the control of what has come to be a disease of epidemic proportions that has hamstrung the country’s development. Today one notes that those with the biggest allegations of corruption are the ones who shout loudest about corruption and receive public acceptance and public acclaim.

Until and unless there is strong public disapproval of the malaise of corruption the country may well have to live with the exponential increase in the plunder of public resources.

Corruption is today used as a battering ram to criticize political opponents but there is little or no follow up action to make actual miscreants accountable.

The revelations in the Pandora papers may only be the tip of the iceberg with regard to the resources that have been siphoned away from the country. It is undoubtedly sad that while the country is literally gasping for economic breadth, there are vast resources stacked away in safe havens.

It is a great tragedy that what has been earned for the country through the sweat and toil of our workers in the plantations, in the garment factories and in West Asia are lost to our people through such illegal activities.

It is a pity that the Sri Lankan State has not taken sufficient steps to correct the situation. If a Government takes corrective action there will be more schools, more hospitals, more development and lessening of the burden of the cost of living for the people.

(The writer can be reached at [email protected] )