Sexual violence is often taken to be an extraordinary happening. It is also understood as an act arising from a natural division of genders.

Democratising education is an ongoing process. Our discussion has centred on concerns of militarisation, commodification, corporatisation of education, the KNDU Bill, the externalities of power. We have also initiated discussion on the internal workings of educational spaces, the hierarchies embedded in the structural apparatus, ragging, and other attendant violences. 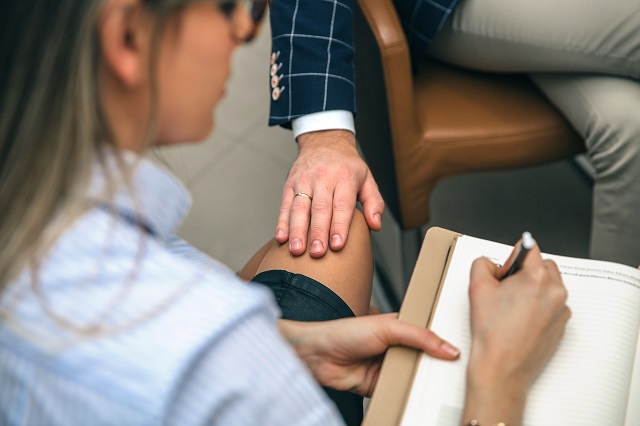 One of the major but unspoken enactments of violence in our midst is sexual harassment and sexual violence. Given the overwhelmingly male dominant structures of power that we inhabit, gender means a binary of man and woman, placing the woman and the feminine in the subordinate position. While the woman is marginal, the marginal is feminised, too. While sexual violence can happen across any identification of gender and sexuality, the figure of the woman, or the “feminine”, stands in for the figure of the other. Our bid to democratize the university space and take on sexual violence is a part of a larger movement to take on questions of gender, namely, the marginalisation of women and other sexual identities in the spaces of education.

Sexual violence is often taken to be an extraordinary happening. It is also understood as an act arising from a natural division of genders. The social marginality of the “victim” is hardly taken into account. Often the victim is deemed the guilty party, accused of using “her” sexuality to lure the “innocent” perpetrator. As we work toward democratising our gendered spaces, we need to denaturalise sexualised and gendered behaviour, and approach sexual aggression as an act of power; and recognise its imposition on the gendered body of a vulnerable person, for what it is: sexual violence, perpetrated on the “body” of the other.

It is important not to confuse a misplaced morality with ethical considerations. A person has a right to express sexual desire in a non-aggressive and non-exploitative manner. Such an exercise of one’s right should not be conflated with the exploitation of a vulnerably positioned person by a person in power. It is important to identify and locate acts of harassment and violence within the political culture of a place, in this instance the university, as we look at place as a space of power. It is not an easy task, but keeping our eyes focused on the disempowered person will help us develop some strategies toward action.

Sexual harassment and violence are rooted in the everyday, as the everyday actualises relations of power and reinscribes them in the spaces of our civil and political lives. It is a scripting of the relations of power that obtain in our home, public spaces like markets, streets, theatres, and spaces of work and study. Habituation inscribes and reinscribes power relations in its speech, encounters, and in the spaces that we inhabit. One becomes habituated to sexual harassment and sexual violence in speech and act; the habits are naturalized. The “victim” who is situated oppositionally to all this becomes the outsider to this norm, the other. She/he/they are rendered helpless and powerless in the process.

Theoretically speaking, this habitual, extended and elaborated, can be understood as the habitus proposed by Pierre Bourdieu. Bourdieu’s habitus weaves together the everyday, the habit and the structural features of a domain, in which relations of class, gender, and other social forces intertwine to produce dispositions of power within a structural apparatus. Sexual harassment and sexual violence are deeply intertwined and operate on a continuum in a structural field of dispositions, a domain, a place like the University, through the habituation of manners, through the claiming of spaces, and through the marginalisation of subjects, as others.

Analytically, I suggest that we place sexual violence within hierarchies in the university, including gendered hierarchies and the gendered nature of our spaces; and break open the culture of silence that surrounds the subject, leading to a “recognition” of sexual humiliation and power play as harassment and violence. This recognition should take place in a nurturing and empowering environment. Where does a student, or junior faculty, go to, to seek redress if she finds herself in an uncomfortable, embarrassing, demeaning or downright dangerous situation, and be assured that the supposed “perpetrator” is not the one who will arbitrate on her case? Where are the assurances, when in a closely knit institutional place like the Sri Lankan University, one would get a fair hearing? Can this be assured, when relations are hierarchically arranged, power is not always transparent but resides in the unspoken corridors of power, and operates in the habitus, along the threads of a fine web of social and institutional relations?

Most universities in Sri Lanka today have a Sexual and Gender-Based Harassment and Sexual Violence policy, formulated with the intention of providing guidelines of conduct and support to the “victim” when her/his integrity as a person is violated, usually by a figure of authority. Measures such as this are broadly designed to protect female and male students from harassment by academic and administrative staff, provide safety for junior staff who are made to feel reliant for their jobs on more senior staff, provide safety measures for the working staff from being harassed sexually and otherwise by people in administration or other positions of power and protect students from being ragged sexually and otherwise.

Despite the presence of these formal features, sexual harassment continues to be an intractable problem. Without collective and institutional will, it is difficult to create a conducive culture in which women and others in vulnerable positions can voice their grievances; most suffer in silence, or in murmurs of dissent, never able to fully articulate their discomfort and even fear. A probationary lecturer at the University of Peradeniya has sought redress for a case of sexual harassment and violence that purportedly took place in university premises, in the court of law of the country. Does this mean, the university has failed this member of its body? The justness of this case notwithstanding, the university can do more for its junior staff and students, proactively.

The University of Peradeniya’s SGBHSV policy, while being decent, does little to empower the individual before commission of the violation. There is little focus on dissemination. How many of our students and staff know about the policy? Staff Development Courses do have a segment devoted to dissemination of the policy, but many other universities do not seem to have such a mechanism. On the other hand, the policy at Peradeniya states that its clauses shall be written into the service contracts of all employees. However, such an incorporation has not happened so far.

It is telling that the policy is tucked away in the “Complaints” section on the University website and is nowhere else to be found, as far as I can see. Our notion of justice is far too steeped in punishment and does not focus on the everyday. This is not an oversight. Punitive measures leave the structures of power intact and untouched, focusing on gross violations, leaving the everyday and the habitual untouched.

How does then one strategise around prevention and denaturalise the culture of sexual violence and harassment in society and in university spaces? The obvious course is de-hierarchising relations of power, but that is a distant dream. In the short and the long term, we need dialogue. Dialogue is not merely workshops and awareness raising. Workshops and awareness raising on what needs to be done would be meaningless if the hierarchical structure is not challenged simultaneously. On the other hand, such discussions may provide the entry point for a view from below and for a campaign.

Gender units that lead and implement the SGBHSV policy need to be strengthened and allowed to play a central role. The policy needs to be widely disseminated, among staff and students. Gendered discourses are always already about class, ethnicity, language, and other axes of power and inclusion and exclusion. Ethnic minorities are rarely fully integrated into university spaces; class wise exclusions exacerbate unequal sexual relations in a place. A far-reaching policy on ragging needs to be brought about through discussion. It is also important that student-student relations are de-hierarchized. To this end, first years need to be nurtured with facilities and support. Junior staff need to be fully empowered with representation, participation and impartiality. Janitorial services are outsourced in most cases, and the staff, almost always women, are on contract. How do they navigate their way about the halls of silent power in the university?

Change has to come from women, students, minorities, and those placed on the lower rungs of the hierarchy, academic and non-academic, in a spirit of collaboration. Democratisation is to be collectively fought for, and is to be fought for an enduring intimacy with the spaces we habituate.