Innocent Tamils were killed by Prabhakaran the Sinhalese say as if they are so concerned about Tamils’ lives. Many a Sinhala Leader killed those Sinhalese whom they considered traitors and enemies during the JVP riots and during the War.

This Country is not a Sinhala Country. It is a Sinhala Majority Country. But in the North and East the majority of people are Tamil Speaking. Before 1833 when the British united the Country for administrative purposes there was a Jaffna Kingdom in the North and the Chiefs in the East who were Tamils paid tithes to the Kandyan King. As you know the last King of Kandy was a Tamil and signed the 1815 Agreement with the British in Tamil. So did some of the Kandyan Chiefs. 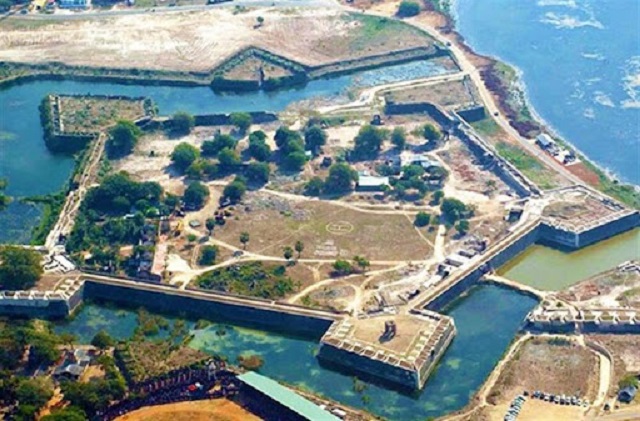 By no stretch of imagination could you call this Country a Sinhala or Sinhala Buddhist Country. It consists of areas which are majority Sinhala s30/peaking and majority Tamil speaking. The original inhabitants of this Country 3000 years ago were Tamil speaking. There was no Sinhala language born then. Therefore no Sinhalese existed then. The Sinhala Language is a mixture of mainly Tamil and Pali. Some Sanskrit words went into Sinhala language through the Tamil Language.

The first grammar of the Sinhalese the “Sidath Sangaraya” was written in the 13th Century AD just eight centuries ago. If the Sinhala language had come into being 3000 years ago why did it take 1700 years for its grammar to be born?

During the past 73 years the Sinhala Politicians and the Sinhalese intelligentsia have resorted to the gimmick of giving a distorted picture of Sinhalese Language and Sinhala History.

Officially the Tamil names of places in the North and East of the Island were translated into Sinhala language during the second half of last Century only. For example Manal Aru which was for Centuries referred to as Manal Aru (in Tamil) was translated to Weli Oya (Manal-Weli-Sand / Aru- Oya-River), post Independence. After sometime, since the translations were done, Buddhist priests and others have started referring to the Tamil areas and the Tamil place names in the North and East by the Sinhala translated names saying that the Original names of those places in the North East were in the Sinhala Language and that those Sinhala names were translated into Tamil after the Chola Conquest in the 10th Century AD. If the Sinhala language came into being in the 5th or 6th Century AD how could there have been Sinhala names of Tamil places 2000 years ago?

There is no evidence of any of those Sinhala names existing in the North and East prior to the translations of recent times. How they resorted to such deception, was, by connecting Buddhism to the Sinhalese and say wherever Buddhist remains exist those were originally occupied by Sinhalese.

This is an absolute falsehood. Professor Sunil Ariaratne has written a Book in Sinhalese a few years ago by the name of Demala Baudhayo (Tamil Buddhists). He accepts that Tamils at a stage in our history were Buddhists. That was a time when the Sinhalese language had not come into existence. Hence there were no Sinhalese when the Demala Baudahayo existed.

How the Sinhalese racial historians and scheming Buddhist priests manage to refer to the existence of Sinhalese prior to 5th and 6th Centuries AD is by referring to words in Pali which later got into Sinhala to make the Sinhalese Language. Those words were not Sinhala words but Pali words. Since in later times those words from Pali got into the new language to make the Sinhala Language, these historians refer to the existence of the Sinhala language then, by identifying the Pali words in inscriptions and other sources which were not Sinhala words but Pali words because they only later came into the Sinhalese Language.

Their argument that Sinhala language existed for over 3000 years is like saying I existed when my grand father (who died long before I was born) existed because I came from my grand father!

There is every plausibility to refer to Sri Lanka as a Tamil Hindu Country. The Saivaite Tamils were the original inhabitants of this Island. The Shivalingas at Naguleswaram at Keerimalai (North), Munneswaram in Chilaw (West), Koneswaram in Trincomalee (East) and Thondeswaram in Dondra (South) protected the Country from pre historic times. The Sinhalese descend from the original Tamil inhabitants who adopted a new language called Sinhala language around 5th or 6th Century AD. Their language is a mixture of Tamil, Pali and other dialects.

No proper historian now believes there was an Aryan invasion of the Country. The Westerners misunderstood our history. The word Aryan did not refer to a race. So the Sinhalese cannot refer to themselves as the Aryan Race. They were local Dravidians who adopted a new language in course of time around 1500 years ago. That the Sinhalese and the Tamils belong to a common origin is proved by DNA Tests conducted recently.

In Chennai today a new language is in the offing. May be in 25 to 50 years it would be identified as Tamilish because the new language is a mixture of Tamil and English!

On the other hand, North and East of Sri Lanka is Tamil Homeland (for over 3000 years). This has been accepted by the Sri Lankan Government in the 1987 Indo Sri Lanka Accord. I need not explain at length about this matter.

Tamils of the North and East do not call Prabhakaran a terrorist and an enemy. They call him their Saviour and National Leader. The truth is that. When the Sinhalese brought the Sinhala Only Act in 1956, it was an act of betrayal of the Tamils. They foisted the Language of the majority of the Seven Provinces (Sinhala) on the majority of the Two Provinces (Tamils). The Sinhalese started the violence. They illtreated Tamil leaders in 1956 and threw them into the Beira Lake. The Sinhala Politicians unleashed violence on the Tamils in 1958 and got the Sinhalese to rape Tamil women, kill Tamils including infants and burn properties owned by the Tamils in Colombo and other areas in the Island. Madame Sirima sent her relative Colonel Udugama in 1961 to quell the “Uprising” in the North. When Tamils in the North and East demonstrated against the unreasonable Sinhala Only Act and other discriminatory laws passed against the Tamils, their activities were referred to as an “Uprising”. The discriminatory law that broke the back of the Camel was the Higher Education Standardization scheme with regard to University Entrants. It was only after this, the Tamil youth took up to arms. Having taken up to arms, they kept the Sinhala Armed forces at bay for nearly 30 years. This is something the Tamils are proud about concerning their Youth.

Finally it was the participation of 22 other countries in favour of the Sri Lankan Army that brought an end to Prabhakaran and the LTTE. What is wrong in the Tamils calling Prabhakaran a Leader of the Tamil Nation? They are not calling him a Leader of the Sinhala South! How could Sinhala MPs ask for the expunging of Prabhakaran’s name from the Hansard?

In any event who decides whether a person is Terrorist or not? Any independent, international, professional Inquiring Panel would no doubt refer to the Sri Lankan Forces as Terrorists. They did not protect the Tamils as the Government claimed. They destroyed the Tamils, their properties and their cultural remains. It was they who burnt the Jaffna Library which was the best in South East Asia at that time with 95000 Books including rare manuscripts.

Innocent Tamils were killed by Prabhakaran the Sinhalese say as if they are so concerned about Tamils’ lives. Many a Sinhala Leader killed those Sinhalese whom they considered traitors and enemies during the JVP riots and during the War. If proper independent International inquiries are held the culprits would be known. Many of their killings were foisted on the LTTE and its Leader. While I do not condone any form of violence by any one, picking out one person out of a Country full of political killers and picturing him as a Terrorist leaving out the others, amuses me.

Just as killers like Keppetipola Dissawe among the Sinhalese are now called Leaders and Heroes, those Tamils who fought the Sinhalese and their acolytes among the Tamils, could no doubt be called Heroes considering their ultimate purpose to free Tamils from Sinhala hegemony. Keppetipola wanted emancipation of his people. So did Prabhakaran. There was nothing wrong in remembering the martyrs and heroes among the Tamils on a suitable day. Tamils have fixed the week starting from 21st of November and ending on 27th as Martyrs’ Week.

Views in this article are personal and author’s own