The mini Cabinet reshuffle exemplifies a local saying; it is ‘like changing pillows as a cure for a headache’.

There has been a mini Cabinet reshuffle. One is at a loss to understand the rationale, if any, behind it. People would have been happy if at least one half of the Cabinet had been sacked. What made President Gotabaya Rajapaksa reshuffle only a few members of his ministerial team? 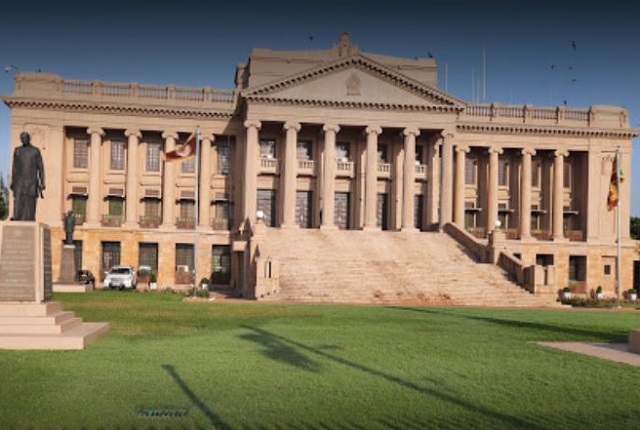 Pavithra Wanniarachchi, who held the health portfolio, has been appointed the Transport Minister. The Health Ministry drew heavy flak, on her watch, for its poor response to the pandemic. Wanniarchchi also blotted her copybook by promoting a shaman’s herbal concoction, which was touted as a cure for Covid-19, and failing to take timely action to contain the pandemic. But the question is whether she was given the freedom to do what needed to be done to manage the health emergency. If she is blamed for the failings of the Health Ministry, shouldn’t she be given a part of the credit for the country’s successful vaccination drive? Will the ills of the Health Ministry go away with her exit? What made the government think Keheliya Rambukwella, as the new Health Minister, would succeed where Wanniarchchi did not? Did he succeed as the Media Minister?

Sports Minister Namal Rajapaksa has got another ministerial portfolio—Development Coordination and Supervision, whatever that means. Why has he been entrusted with an additional responsibility? Has he performed exceptionally well in his present capacity? What has been his outstanding contribution to sports?

Prof. G. L. Peiris, who held the education portfolio, has been appointed the Minister of Foreign Affairs. Dinesh Gunawardena, who was the Foreign Minister, is now the Minister of Education. The Education Ministry has had to solve a teachers’ salary issue that has remained unsolved for decades. Not even Prime Minister Mahinda Rajapaksa has been able to sort it out in spite of having had talks with teachers’ trade unions. An attempt to rectify teachers’ salary anomalies will open a Pandora’s box with those in other services taking to the streets. So, how is Dinesh going to solve this seemingly intractable problem, and reopen schools and universities?

Prof. Peiris served as the External Affairs Minister under the previous Rajapaksa government. But the challenges that the incumbent government faces on the diplomatic front are too difficult for him to overcome. The Western bloc is all out to have a war crimes tribunal set up here, and will do everything in its power to tame or even destabilise the government, which is considered pro-Chinese.

Gamini Lokuge, who was the Minister of Transport, has been made the Minister of Power. We thought he would be appointed the Health Minister because he seems to know better than doctors; a few months ago, he had a lockdown in Piliyandala lifted, claiming that the spread of the pandemic could be curbed without the area being closed. His knowledge of public health being superior to that of doctors, doesn’t he deserve the Health portfolio?

As for electricity, Lokuge may know a power cable from a telephone line but that does not qualify him to be the minister in charge of the power sector, which is a highly specialised field. This does not mean the Minister of Power should necessarily be an engineer, but he or she should be knowledgeable enough to understand what is going on in this vital sector, and what needs to be done to improve it.

The Ministry of Power was functioning reasonably well, on Dullas Alahapperuma’s watch, compared to most other ministries. Why was Dullas removed from there and made the Media Minister? Are the Rajapaksas undermining senior politicians from Matara so that a member of their clan in Parliament, representing the same district, could emerge stronger there?

Dullas, a former journalist, is sure to gel well with journalists. But the government’s hostility towards the independent media may have a corrosive effect on his relations with the media personnel. Moreover, the task of controlling the state media institutions, which are political minefields, is as dangerous as shaving with a cut-throat razor in darkness. Dullas had better find a gorget to protect his throat.

The mini Cabinet reshuffle exemplifies a local saying; it is ‘like changing pillows as a cure for a headache’.

Prabath Sahabandu, Editor in Chief of The Island, a Colombo based daily, where this piece first appeared.