If there is a real desire and commitment to move the country and its people in the right direction, those men in the Parliament must first master the discipline of language.

The two speeches made by two parliamentarians Mr Sarath Fonseka and Mr Kumara Welgama last week have been widely publicized in local media. The reason is not the essence of their stories but their vulgar language style. One bragged about his physical energy and the sexual desires that surrounded him. Another acted in Parliament as a Wild Marshal, not as a Field Marshal, an honorary status crowned by the public for his service in vanquishing terrorists fought for separatism, undermining and humiliating the invaluable contributions of the men in intelligence services. Anyone who knows the truth knows what went wrong in this country and who the real cuprites are. Although others are blamed for incidents such as the murder of Lasantha Wickrematunge, their consciences know who committed such barbaric murders. Truth is out there. 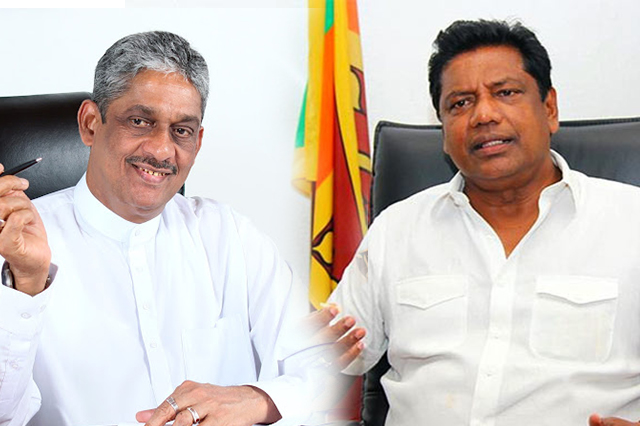 However, such nonsense has been ingrained in Sri Lankan politics for the past few decades. Those in the opposition are now acting in the same manner as those in the current government. Criticism of the previous government was centralized. But, criticism of the current government has been decentralized and pervasive across the country. There are pros and cons here. Internal rifts within the government have escalated. The government, unfortunately, does not seem to want to work together even for the national interest. Some ministers criticize the government and subjects in their scope like a babe in arms who knows nothing about it.

In line with this trend, the local media and the majority of those who use it have paid more attention to obscene and emotionally charged messages. The person who recognizes this market and acts accordingly can manipulate the feelings of the majority of the public. Many politicians in this country are aware of this dim-witted social trend. This will not serve the country or the people, but those who are hungry for power shall gain the power to plunder enough for their families. They came and told us to close our eyes to dream of a better future. They robbed us when we dreamed. In the end, they gave us, “democracy” with hollow dreams.

We have a point to reiterate here. If there is a real desire and commitment to move the country and its people in the right direction, those men in the Parliament must first master the discipline of language. Unfortunately, that is what most politicians in this country lack. They always plunder the time and energy of the people to indulge their hooligan political ambitions. The only “gift” this country has received since independence is this opportunist gang and their vulgar dramas. So do people with common sense in the country have any choice but to flee the country?