While the intelligence on which UK travel advisory is based is not clear, and there appears to be little imminent threat of a major terrorist attack in the country, there is a residual threat from Islamist forces and marginal elements supporting the now defunct Liberation Tigers of Tamil Eelam (LTTE) 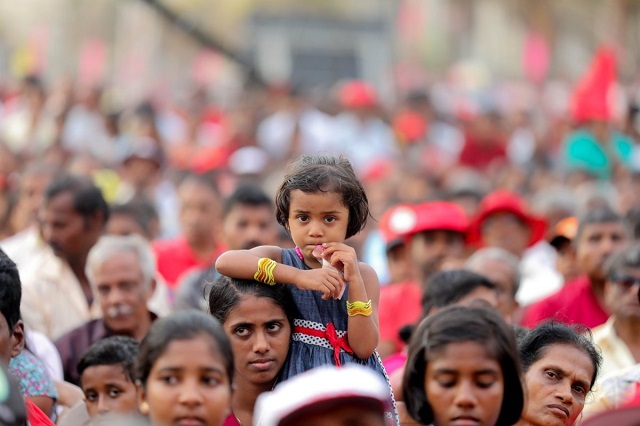 Earlier, on April 5, 2021, the final report of the Cabinet Sub-Committee, appointed to study the Report of the Presidential Commission of Inquiry (PCoI) into the 2019 Easter Sunday bombings, was handed over to President Gotabaya Rajapaksa. The Committee, appointed by the President on February 19, 2021, after studying the PCoI report at length, identified 78 recommendations. The report includes how and by which agencies those recommendations should be implemented.

Meanwhile, Mahinda Rajapaksa, who returned to power in the aftermath of the Easter Sunday attacks, exploiting the public disillusionment with the then incumbent Government, is rapidly tightening the Rajapaksa family’s grip on power in Sri Lanka.

Other Rajapaksas are also clustered around the power centre. Chamal Rajapaksa’s son Shasheendra Rajapaksa is the State Minister of Organic Fertilizer Production, Supply and Regulation and the Paddy and Grains, Organic Food, Vegetables, Fruits, Chillies, Onion and Potato Cultivation Promotion, Seed Production and Advanced Technology for Agriculture. Nipuna Ranawaka, son of Rajapaksas’ sister Gandini Rajapaksa Ranawaka, is a Member of Parliament. Naval Officer Yoshita Rajapaksa, another son of Mahinda, is the Prime Minister’s Chief of Staff. According to some estimates, about 75 per cent of the total budget of Sri Lanka is directly under the purview of Rajapaksa family Ministers in the Government.

The Rajapaksas were ousted in 2015 when Mahinda lost the Presidential Election, but were back in power after the November 16, 2019, Presidential Elections, which brought Gotabaya to the Presidency. Soon, one by one, the brothers and other family members were back in the business of Government. Further, consolidating their power, the Mahinda Rajapaksa-led Sri Lanka Podujana Peramuna (SLPP, Sri Lanka People’s Front) swept the August 5, 2020, Parliamentary Elections. SLPP received 6,853,693 votes (59.09 percent) and secured 128 electoral seats in a total of 225-member Parliament.

After reassuming power, the Rajapaksa’s have taken several steps to ensure the longevity of their rule.

Indeed, in the very first meeting of the new Cabinet, held on August 19, 2020, the Sri Lanka Government decided to abolish the 19th Amendment and pushed through the 20th Amendment to the Constitution of Sri Lanka, which passed into law on October 22, 2020. The 20th Amendment granted sweeping powers to the Executive President. The Amendment, in essence, advances the democratic backsliding of Sri Lanka by granting the President unfettered powers. The President can summarily appoint or dismiss Ministers, including the Prime Minister, and can modify the number of Ministries, the number of Ministers, and the functions delegated to each Minister whenever he wants. The Amendment also removed the prohibition on the President himself from holding ministerial posts. It also allows the President the power to dissolve Parliament only two and a half years into the new Parliament, compared with the former four-and-a-half-year minimum period mandated by the 19th Amendment.

The Rajapaksa Government also made various institutional changes in the country, in many cases inclining towards militarization. It has placed over 30 agencies, including the Police, under the authority of the Ministry of Defense. Retired and serving military officers have been appointed to numerous key posts previously held by civilians. On June 2, 2020, President Rajapaksa established a Presidential Task Force to build a “Secure Country, Disciplined, Virtuous and Lawful Society,” composed entirely of military and security officials, with loosely defined powers and the authority to issue instructions to all Government officials. On June 4, 2021, President Gotabaya issued a gazette notice naming the Counter Terrorism Investigation Unit (CTIU) as a place of detention. The gazette had been issued as a notification under Section 9 of the Prevention of Terrorism Act (PTA). Section 9 refers to the detention of suspects arrested under the PTA, and empowers the CTIU to use its facility to detain such suspects.

On the other hand, efforts of ethnic reconciliation and trust building with ethnic Tamils have seen no progress even as demonstrations and protests by Tamils have become a regular feature. Most recently, demonstrations were carried out across the country’s North-East on July 24, 2021, to mark the 38th anniversary of Black July (the common name used to refer to the anti-Tamil pogrom that occurred in Sri Lanka from July 24-29, 1983), paying tribute to the thousands of Tamils who lost their lives then. Despite Sri Lankan Security Forces (SFs) banning demonstrations in some places, protests were carried out in multiple Districts, including Jaffna, Amparai, Vavuniya and Mannar. Separately, a group of lawmakers from the Tamil National Alliance (TNA) marked ‘Tamil Genocide Day’ at the Sri Lankan Parliament complex in Colombo on May 18, 2021, before a parliamentary session was due to take place. The parliamentarians dressed in black and lit candles by a red and yellow flag, before holding a moment of silence to commemorate the ‘tens of thousands of Tamil civilians killed at the hands’ of the Sri Lankan state 12 years ago. On February 4, 2021, thousands of Sri Lankan Tamils marched in the northern and eastern regions to demand the release of prisoners and seek information on thousands of Tamils missing since the end of the ethnic war 11 years ago.

Significantly, on March 23, 2021, the United Nations Human Rights Council (UNHRC) in Geneva adopted a resolution on alleged human rights violations by Sri Lanka during the final days of the separatist war. The draft resolution A/HRC/46/L.1/Rev.1, entitled “Promoting Reconciliation, Accountability and Human Rights in Sri Lanka” was adopted by the UNHRC after 22 members out of 47 voted in favour of the resolution at the 46th Session in Geneva. 11 members, including China and Russia, voted against the resolution while 14 countries, including India and Japan, abstained from voting.

Meanwhile, in its latest travel advisory for Sri Lanka, the United Kingdom has noted,

Terrorists are likely to try to carry out attacks in Sri Lanka. Attacks could be indiscriminate, including in places visited by foreigners such as hotels, tourist sites and places of worship. Avoid crowded public places, large gatherings and demonstrations, and follow the advice of local authorities.

While the intelligence on which this advisory is based is not clear, and there appears to be little imminent threat of a major terrorist attack in the country, there is a residual threat from Islamist forces and marginal elements supporting the now defunct Liberation Tigers of Tamil Eelam (LTTE). According to partial data compiled by the South Asia Terrorism Portal (SATP), since the beginning of the current year, 25 former LTTE cadres and sympathizers have been arrested for various plots across the country (data till August 15, 2021). There were four such arrests in 2020. Since the end of Eelam War between the Government forces and the LTTE, which officially ended  on May 20, 2009, at least 371 former LTTE cadres and sympathizers have been arrested.

While the state’s counter-terrorism initiatives have been enormously successful, residual threats can be exacerbated by the polarizing politics that has come to characterize the Rajapaksas’ politics. It is essential that the Government ensures that the recommendations of the Cabinet Sub-Committee to study PCoI, are implemented in true spirt. However, given Rajapaksa family’s attempt to further strengthen their hold on Sri Lankan politics, there is a strong possibility of the Government targeting the Opposition, exploiting the adverse comments against Opposition leaders in the PCoI.

It is useful to recall that the PCoI had recorded that friction and a communication breakdown between the then-President Maithripala Sirisena and the then-Prime Minister Ranil Wickremesinghe were blamed for the Government’s failure to act on near-specific foreign intelligence warnings ahead of the Easter Sunday attacks. Raising walls of mistrust and exclusion withing the country will eventually tend to undermine national security.

The writer, Research Associate, Institute for Conflict Management in India

Anagarika Dharmapala: Admirer of ‘Queen Mab’Dr. Jayaruwan Bandara seeks for 14 days to appear before CID28 persons at a funeral test positive for Covid-19Pahanthudawa clip uploaded by a female – Police