The world over and even in little Lanka, this COVID-19 War has quite a large component of politics involved although it is really a battle between the deadly covid virus and the medical profession with scientists.

World War III has been going on for a year and a half. More than a million have died around the world, including our own Sri Lankans. As we watch these events on TV and read them in print in our ‘hansiputtuwa’, we are confused and confounded.  There are so many ‘experts’ on this world war than the previous two where the battles were fought by the three forces, intelligence services and, of course, politicians.

Didn’t Carl von Clausewitz, the renowned Prussian general, say ‘war is an extension of politics by other means’.

The world over and even in little Lanka, this COVID-19 War has quite a large component of politics involved although it is really a battle between the deadly covid virus and the medical profession with scientists. 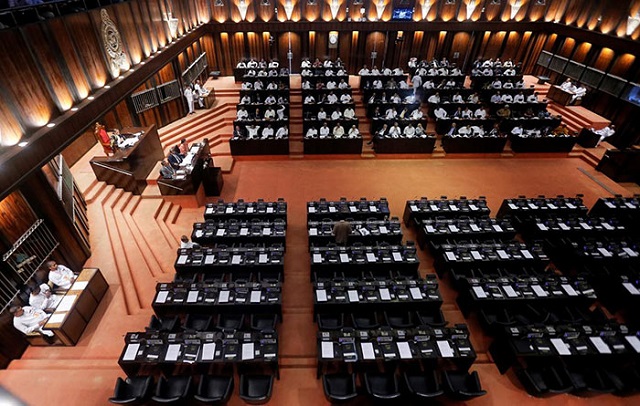 There are a dime a dozen ‘experts’ on TV and other media telling us what to do — wash hands, keep the social distance, masks on and now— vaccinate, vaccinate and vaccinate.

We were certainly quite willing to be vaccinated but till a week or two ago vaccines were in short supply. So, in solidarity with Third World countries, we were lambasting our former imperial masters for ‘vaccine imperialism’ while the United States President Joe Biden was offering vaccines round every street corner with $ 10 as a reward for taking the jab.

At that time we met a fellow Sri Lankan who was willing to offer $10 to the Government for a vaccine shot but was not successful in his attempts. It is only when the wicked Western imperialists and the Japanese — who have been so generous to Lanka for the past seven decades — decided to flood Lanka with vaccines that our Lankan politicians and military top brass swung into action patting themselves vigorously on their backs for their government leaders’ success. The state-owned media blared in coconut sized letters on their front pages: Army in 24/7 Drive for AZ Second Dose.

Well done – our side, we said to ourselves as we dozed into a midafternoon nap in our ‘hansiputtuwa’.

We noted at the commencement of these comments that the many experts on COVID-19 have us confused and confounded with their knowledgeable advice on the disease. All along, we were made to believe that the covid virus was a killer and those ‘vulnerable groups’: diabetics, cardiac patients, those suffering from allergies and the aging people — over 70s — are likely to take off to other worlds sooner than those not in these categories.

But last week we read of a report quoting Cabinet Spokesman Dr. Ramesh Pathirana as saying that “Most coronavirus victims died of comorbidity and not purely because of the virus”.

The report defined ‘comorbidity’ as ‘the effect all other conditions the patient might have other than the primary condition of interest’.  The report also quoted Pathirana as saying: “While there has been an increase in the number of Covid-related deaths, most victims had died of other complications also known as comorbidity.”

What does all this mean to a layman? Does it mean the same thing as what was said before: Those in the vulnerable groups, if they are infected with COVID-19, are likely to take off to a netherworld sooner than others who are not in their categories? Or that covid is not the only culprit but other diseases are?

This sound as abstruse as the Quantum theory to an ordinary layman? Sure, with or without the covid virus, people will die but right now the issue is that people are dying of covid in millions and not of other vulnerabilities cited earlier.

Does this comorbidity fall in line with the current Lankan political trends? The country has been opened and as far as the Rajapaksa government is concerned it’s back to normal. Another Cabinet Spokesman, Keheliya Rambukwela, has said the Government needs to ensure the economy is stable and will the country open as much as possible while taking health-related precautions.

The Government, it appears, wants the people to think that the terror of the epidemic can be countered. Theories like comorbidity may help to reduce public fears about COVID-19 and come out into the open.

In this context, we cite a quotation on propaganda by  one of America’s foremost thinkers, Naom Chomsky: “Good propaganda creates a slogan that nobody is going to be against and everybody is going to be for it. Nobody knows what it means because it doesn’t mean anything. We have so much of information and know so little.

The general population doesn’t know what is happening and doesn’t even know that it does not know.”

We also quote George Orwell’s writing over half century ago: “… in our age, there is no such thing as keeping out of politics. All issues are political issues and politics is a mass of lies, evasions, folly, hatred and schizophrenia. Political language — and with variations, this is true of all political parties from Conservatives to Anarchists — is designed to make lies sound truthful and murder respectable and give an appearance of solidity to pure wind.”

Powerful as well as impotent countries are facing the same problem in fighting this Third World War: Mixing up of politics with an issue that has to be fought scientifically by scientists and those of allied professions. The country’s foremost body of medical professionals, the Association of Medical Specialists, has clearly described the Government’s move of opening up of the economy in very simple language: Relaxing restrictions is like adding fuel to fire.

With the Delta variant being commonly detected making the number of patients increase, the relaxation of covid restrictions is like adding fuel to fire. The president of the association, Dr. Lakkumar Fernando, has said that it was the prime duty of their organisation to alert and warn the decision makers of the current grim situation. With such relaxations reaching the people who are complacent in obeying guideline rules, they will invariably start behaving like ‘free birds’ aggravating the crisis further.

Dr. Fernando has pointed out that the relaxation should have begun once we had achieved vaccination targets along with the declining number of COVID-19 cases which may happen in four to eight weeks’ time.

That should have been the obvious course. But Sri Lankans are different. We are original thinkers.

(The writer is a former editor of The Sunday Island, The Island and consultant editor of the Sunday Leader.)