True answers to the following questions will help anyone to decide whether Hejaaz is a toddler or a mastermind behind propagating extremism.

by Our Defence Correspondent

The arrest and detention of Hejaaz Hizbullah a lawyer with multiple talents and designations has sparked a debate between local and foreign organizations. During the sessions of the UN Human Rights Council as well as various human rights and civil society organizations have expressed various views on this incident. Many of them have overlooked a number of important points in their comments. Therefore, it is very important to align those omissions. 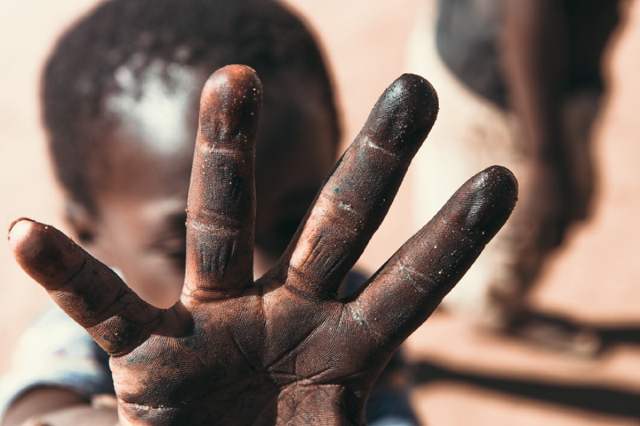 As we emphasized in the first part of this series, everyone has the right to know the truth. However, the actions of certain political clusters and some NGOs in this regard prove the enormous effort they are making to suppress the truth. Let’s formulate a few important questions on this issue. Let us dream for justice, yes justice for those who die in vain.

A. When was Hejaaz Hizbullah arrested?

B. Has the investigation into him been completed?

A. Did Hejaaz Hezbollah contact by any investigative agency investigating the Easter Sunday attack before the incumbent government came to power? If yes, when? What are the reasons for such a call?

B. If such summons had been made, would he have been investigated and arrested at that time?

A. After the declaration of the so-called Islamic State by Abu Bakr al-Baghdadi on 29.06.2014, about 34 Sri Lankans have gone to Syria. In 2015, several organizations such as Jamaat-e-Millat Ibrahim and Pearls of Wisdom were formed. In what year was Save the Pearls formed? What is the purpose of this organisation? What is the role Hejaaz Hizbullah played in this organization?

B. Is Save the Pearls registered in Sri Lanka? If not, what are the reasons for not registering? Hejaaz is well versed in law, but why did he run such an organization without proper registration?

C. Were there any discussions regarding the founding of the Save the Pearls at Jameel’s brother’s house in Dematagoda? Jameel was a suicide bomber who exploded at the New Tropical Inn Hotel on Easter Sunday in 2019. What were the issues discussed there?

D. How does Jameel’s brother know lawyer Hejaaz? What did you do with him?

F. What is the relationship between Save The Pearls Trust and Save the Pearls?

A. Did Ilham, who launched a suicide attack with Zahran at the Shangri la Hotel, serves as the treasurer of Save the Pearls? If so, from what year and who appointed him?

B. What was the relationship between Hejaaz and Ilham to appoint him as the treasurer of his oragnisation?

C. How much money did Inshaff, who carried out the suicide attack on the Cinnamon Grand Hotel, give to the Save The Pearls Trust? What purpose did the Hejaaz use that money for?

D. Did Hejaaz has links with Jameel’s brother, father of Ilham and Inshaf, who are in custody on suspicion of involvement in the Easter Sunday attack, and many others involved in the Easter attack?

A. Was a foreigner (a Sri Lankan descent) involved in a suicide bombing in Syria deported from Sri Lanka at the request of the country’s authorities?

B. Did Hejaaz has any contact with that deported person? If yet, what kind of relationship is that?

6. According to Hejaaz, if he had been involved with the terrorists who launched the Easter attack only for his professional work as a lawyer,

A. How did Ilham (who carried out the suicide attack at the Shangri la Hotel) become the treasurer of Save the Pearls?

B. Did Ilham, who carried out the suicide bombing at the Shangri la Hotel, identify the Hejaaz organization as a welfare organization and raise funds in foreign countries as its treasurer? What was that money used for?

C. Has the suicide bomber at the Cinnamon Grand Hotel on Easter Sunday donated money to Hejaaz’s organization? What was that money used for?

A. Did Save the Pearls Trust receives money through the Islamic Relief Committee, an organization called Qatar Charity, which has been banned by several foreign countries for providing money to terrorist organizations?

C. For what purpose was the money used?

D. Did Hejaaz, a lawyer, not knows that the money came from an organization that had been banned by several foreign countries for providing money to terrorist organizations?

8. Did Hejaaz, a lawyer, received money from a third party to represent the suspects who had damaged the Buddha statues in the Mawanella area through his junior lawyers instead of directly appearing for them?

9. Was the money raised by Save the Pearls at the inception of the suicide bombers’ links to the three suicide bombers on 21.04.2019 used for extremist as well as other fundamentalist activities? So what is it?

A. Did an initiative called the Advocacy Reconciliation Council (ARC) award millions of rupees in the 2016 Best Mosque Competition held at the Prime Minister’s Office? If so, were the financial rewards for winners provided by any organization or individual?

B. For what purpose was the above event organized? Were the members of the network involved in the Passover attack involved in organizing this event? If so, who are they?

A. Was Hejaaz in Sri Lanka at the time of the Easter attack?

B. If he was abroad, in what country? From when to when?

13. How many mobile phones did he use from 2015 to 2019? Have all those phones been provided for investigations? If not, what are the reasons?

A. Was Jameel summoned to the CID in 2018? For what reason? On what basis was he released after questioning there?

B. Did Jameel consults with Hejaaz prior to appear before the CID?

True answers to these questions will help anyone to decide whether Hejaaz is a toddler or a mastermind behind propagating extremism.

An extremist group inspired by IS ideology on Easter Sunday carried out suicide bombings that killed more than 250 innocent people, and another financially and ideologically complex network has aided in defending extremism. This sophisticated network continues to function. They have no intention of changing the Muslim marriage act which is support harassing Muslim women as per the Universal Declaration of Human Rights and other conventions ratified through international law. They choose the best mosque in the name of reconciliation and pay millions, but they do not want real reconciliation. They talked about multicultural inclusiveness but schemed for inclusiveness where no one but them had every right to decide on others.

Some of them even established schools for underprivileged communities and fed those kids with books on extremist ideas. In the name of charity, they began to brainwash innocent children. It is clear that this network worked with medium and long-term goals. Against this backdrop, it is a national responsibility to do justice to those who died in the Easter attack. But there must be a better understanding of the long-term damage that wolves disguised as sheep are doing to society by spreading extremism. For they are worse and more destructive than the Saharan, ring leader of the terror attacks. It is more important to punish these criminals than to suppress the truth by false conspiracy theories.