The Pandora revelations have shown how much some political leaders have loved themselves and the extent of their greed. Perhaps they have found a way to take this wealth to their next life as well. In the context of the revelations, John Kennedy has probably turned in his grave with the Pandora revelations paraphrasing of his famous quote “Ask not what the country can do for you, but what you can do for your country”. 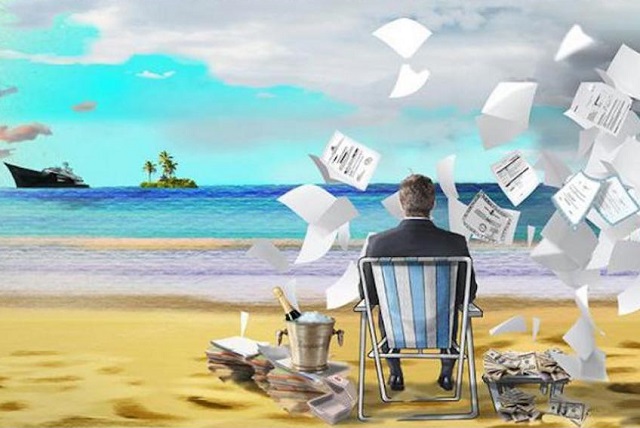 From Royalty to Prime Ministers and ministers and businessmen & women, it appears that a few have robbed the wealth of many to fatten individual coffers. A program on ABC TV in Australia stated that the Pandora revelations showed that this shadowy off shore economy accounted for 10% of the world’s GDP and deprived countries across the world billions of dollars in tax income, and money that could have helped to reduce the gap between the haves and have nots and improve basic services to millions of people at the lower end of the scale in societies throughout the world.

Sri Lanka too is in the headlines but for the wrong reasons. Nirupama Rajapaksa, a close relative of the ruling Rajapaksa family, and her husband, Thiru Nadesan, have been named as being amongst the people found in the Pandora box. This is unfortunate for Sri Lanka and it is a serious hit on its credibility when it is trying hard to attract much needed foreign investments.

Unless there is a full, independent investigation and any wrong doings exposed and wrong doers taken to task, Sri Lanka will suffer the ignominy that this revelation is only the tip and not the berg of potentially a huge iceberg.

This revelation could not have come at a worse time for Sri Lanka which appears to be in a situation that may be described as one of being “up the river, without a paddle”, meaning, the country is in an unfortunate economic situation, lost in mid-stream, unprepared and without much resources to remedy the matter.

The COVID pandemic has without doubt exacerbated the situation, with two major sources of foreign currency revenue, tourism and remittances gravely affected as a result.

Short of a major long term infusion of funds via the IMF, the country looks set to enter into numerous short term credit agreements with several countries to secure supplies of food, medicines, petroleum and other essentials. Whatever way one looks at it, belt tightening may have to exceed the levels advocated by Dr N M Perera in the early seventies when the country experienced a serious financial situation on account of what was then referred to as the “oil shock” when OPEC countries decided to raise the price of oil.

The prospect of an avalanche of tourists and tourist dollars, and a mighty rush to resume activity in the Middle East that employed so many Sri Lankans, is very unlikely. This will leave a yawning gap in foreign exchange earnings for a considerable period of time. With agriculture product exports of tea, rubber, coconut, spices etc, IT related service exports, garment exports being the main stay for foreign income, the country will have to seek borrowings, to fund its imports and to pay existing loans and interest on such loans. The governments ambitious Foreign Direct Investment (FDI) targets are yet to come to fruition. The Pandora revelations has made it much worse. The pandemic itself shows signs of abatement with vaccination rates progressing at a fast pace.

However, the attendant toll, in income disruptions for a vast number of person’s dependent on a daily wage, or those in the tourist industry, has been severe and still is. Besides this, basic food shortages, steep prices of some essentials have hit the lower, lower middle and middle income households very badly and their struggles with the pandemic have been compounded.

In this tumultuous and unstable situation, many are concerned, very concerned, about what appears to be a government that is showing signs of being rudderless and leaderless, and signs of internal dissention.

Differences of opinion within is obviously different to dissention from within, and it is a healthy sign of democracy.  The LNG deal, supposedly approved by the Cabinet, but the subject minister seeming to take a different view outside the cabinet points to dissention rather than a difference of opinion. The minister concerned is spearheading an effort to explore gas and petroleum reserves in the Mannar basin and one cannot but wonder whether this is not in the interest of some who hold a different view about how the petroleum and gas needs of the country should be met and the potential that exists for a vast infusion of foreign direct investments to exploit possible under sea wealth.

It is not long ago that the major constituent of the government itself called for the resignation of this particular minister thus helping to define what it is to be rudderless.

In a well-researched article titled The LNG Saga – Some unanswered questions! Urgent responses needed by Eng. Parakrama Jayasinghe published in the Island newspaper (https://island.lk/the-lng-saga-some-unanswered-questions-urgent-responses-needed/), the benefits and pit falls of the agreement has been well articulated. The “LNG Saga” as Eng Jayasinghe has called it is not good news to potential investors and FDIs. This saga appears to portend dangers that arise from being clueless deliberately or otherwise on matters of such importance.

What is confusing is the subject minister voicing an opinion contrary to what is understood as a cabinet decision of which the minister concerned is a member. This leaves onlookers with an impression that there are two cabinets in the country. A cabinet and an inner cabinet and that transparency is selective depending on which cabinet makes critical economic decisions. In the context of the Pandora revelations, the concerns that the general public will have on the process of governance, decision making on projects involving huge amounts of money, will increase and provide fodder to social media usurpers to misinform the public on matters of strategic importance to the country.

In this somewhat seemingly disjointed governance climate, the statement made by the Foreign Minister in Parliament, which could be interpreted to be a re set of foreign policy of the country, should be welcomed. One hopes that the minister has articulated the view of the entire government and not sections of it. It is also hoped that the Opposition political parties too are in agreement with the views expressed as bi partisanship of foreign policy is an important element of governance.

This statement appears more than a foreign policy re set and more like an economic policy re set revolving around internationalisation of the country’s economic policy. It recognises the importance of global economic alignment and the superfluous nature of modern political non alignment. Virtually every country is economically aligned to other countries, friend or foe, although political and security alignment via numerous kinds of groupings, separates them. This dichotomy appears absurd and it does give rise to the scepticism that security concerns are creations of the world’s biggest industry, the so called “defence industry”. Where diplomacy is practiced on the one hand for economic alignments, sabre rattling is used on the other hand for security “threats” with the very same countries. Sri Lanka of course cannot do any sabre rattling even if it wanted to, and the Minister has rightly stated that diplomacy will be sharpened and fine-tuned to serve the country’s interests.

In this context, the ministers statement on the need for a multinational, multi-lateral investment climate is implicit although not explicit. He has rightly implied that the age of Parakramabahu was a golden era while the world is a different one today.

Inter connectivity via technology and technology in general has transformed vistas of prosperity and it is making existing and past notions of nationhood with physical borders and conventional security means increasingly obsolete. In the context of internationalisation, opportunities that arise to meet the needs and challenges associated with it can be grasped only if countries look outside the wells they are in.  The need to address human rights issues, avenues for peacebuilding amongst communities, reaching out to Tamil Diaspora organisations and the need to engage them in economic and social development activity in the country, not just in the North and East, is very explicit. What is needed now is specific action to address these issues from all sides.