Sepal is right that none of the politicians are worthy of respect. They have destroyed the country beyond belief.

The controversy arose with Sepal Amarasinghe’s You Tube programme in which he tried to discourage extravagant exhibition of respect to leaders who are not worthy of respect but contempt. Harsha de Silva explained that he did not bend his back but lowered the upper part of his body to speak to a sickly person who was sitting down. This is one man’s word against another, only the viewers or the readers can judge. 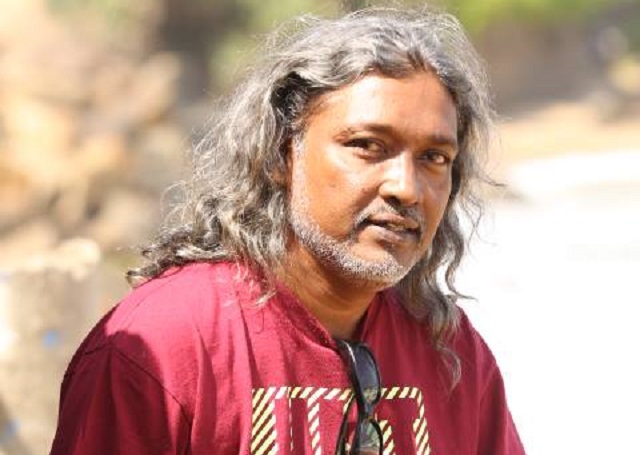 Although Sepal’s first reaction was instinctive and instant, his second programme in which he attempted to prove his point was superfluous. He should have accepted Harsha’s explanation and end the matter there, as everyone sees the world differently, rather than insisting that his view was right. It was clear that Sepal had no ill intention, but his pedagogical superiority is unwelcome in this instance.

Sepal Amarasinghe is doing an invaluable service to the nation with his educational programmes on politics and social issues to raise awareness among the people on the piteous status quo of the country and who the responsible parties are. This writer highlighted this enormous effort in an article “The Magnificent Seven”. If Sepal begins to feel that entire population should behave as he commands, being indebted to him for his service, he is not different to the Rajapaksha Clan headed by Mahinda. They believe that the people owe them, the country is their personal property, and they have the divine right to rule it forever for Mahinda’s political leadership in eliminating the LTTE terror despite their subsequent nefarious practices. Although “I won the war” motto is hackneyed, they believe that the slogan still can make people grateful and vote them in.

Sepal is right that none of the politicians are worthy of respect. They have destroyed the country beyond belief. The majority of people for their ignorance, greed, misconception of politics and inherent boorish nature do not realise the catastrophe that the politicians have caused. The minority of people who understand the facts would agree that there should be a radical change in the political system and the personnel, but they are the minority.

Exemplified by J.R and Mahinda, politicians in Sri Lanka are the most corrupt in the region. Politics has turned out to be a lucrative business and only the vociferous but ignorantly hell-bent people are given nominations to contest. The most illiterate MPs of the parliament are the most powerful and they make governing decisions.  Those decisions invariably  go wrong and bring in disastrous consequences for the country and its ordinary people. The handful of educated people in the current parliament have no voice. They are quiet for the fear of losing their privileges.

From another point of view, misfortunes befall on the country because people mythically believe that it is the greatest country on earth, its people are highly literate, and their language, religion, history, and culture are the best in the world. Even Monarawila said those who speak Singhalese can pronounce any language better than everyone else. Can Monarawila please try to pronounce, ‘water’, ‘very’ and ‘zoo’ better than a German? Reality is worth grasping!

It is hard to walk one kilometre in a Colombo Street, without bumping onto a handful of Visharadhas, Acharyas and Mahacharyas.  In the past a Mahacharya invoked a certain aura of intellectual supremacy. At the mention of the title Professor, images such as Edriweera Sarathchandra in the Singhala stream and Ashley Halpe in the English stream spring to mind. What comes into mind when the names of Professor Colombage who did not know the difference between chethanaya and wethanaya and Professor Jaya Sumana, who argued in the parliament to prove his credentials, is a question.  Regarding university credentials it is hard to resist the temptation to mention that the Same Universities made Marvin Silva a double doctor.

If the country has such a large pool of super intellectuals, how can it sit at the bottom of almost all world ranking. Those who opposed the appointment of Muruththettuwe Ananda thero to the post of Chancellor of the University of Colombo argued that the University holds great status internationally. The factual information is that it is ranked 1001+ in the world rankings and holds a place between 301-350 in the Asian university rankings that included 551 Asian universities. To open eyes of the blind believers let us compare Bangladesh and Sri Lanka. Bangladesh is one of the most densely populated (population over 200 million) countries in the world and is the most prone to natural disasters. Sri Lanka seeks economic help from Bangladesh. The truth of the matter is that we do not have anything left from what we inherited with the independence. The politicians have even scraped the bottom of the pot. Sepal is right again in condemning the politicos and encouraging people to ignore them.

However, Harsha’s gesture did not demean himself. Mahinda could either stand or if he is not capable of standing, could get someone to give a seat to Harsha or invite Harsha to pull a chair himself and sit down. He did neither. In the eyes of the rational thinking beholder, it is Mahinda who was demeaned for not reciprocating Harsha’s decent gesture.