To be precise, the country’s premier intelligence agencies that are mandated to pre-empt threats to national security have allocated their considerable resources to find the ‘culprits’ behind the escalation of a public health crisis.

As Sri Lanka recorded nearly 100 deaths per day from COVID-19 and infection rates spiral uncontrollably, the country’s intelligence services have conclusively determined that the wave of protests against Government policies were to blame for the spread of the deadly virus. 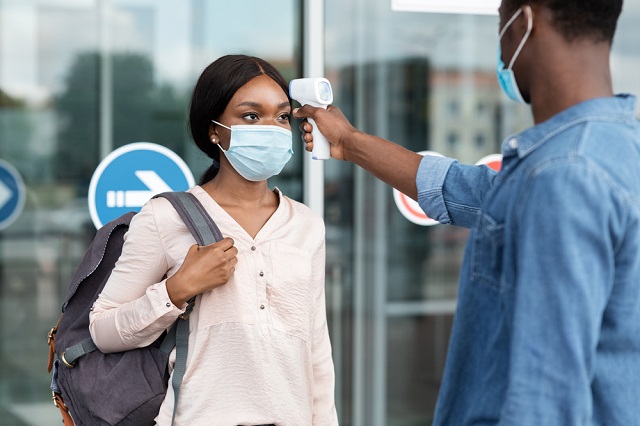 To be precise, the country’s premier intelligence agencies that are mandated to pre-empt threats to national security have allocated their considerable resources to find the ‘culprits’ behind the escalation of a public health crisis. Following their efforts, these agencies have homed in on the most convenient ‘culprits’ – student and teacher unions protesting the KNDU Bill and farmers agitating against the President’s disastrous ban on agrochemicals that have doomed their crops and destroyed livelihoods. For a Government already dedicated to crushing dissent and criticism, the intelligence ‘findings’ are grist to the mill. Inspired leaks about the intelligence reports will serve as justification to crackdown on public demonstrations against the regime’s most draconian policies in the name of battling the spread of the coronavirus. Student union leaders are already being thrown in jail and more recently, being ‘abducted’ outside television studios, bundled into vans by men in plainclothes. In time, Police announce that these are in fact ‘arrests’.

The logic of blaming a devastating fourth wave of the COVID-19 sweeping through the island on public demonstrations against the Government is elusive at best. Since July, even as Sri Lanka had barely turned a corner on the third wave that kicked off after the Sinhala and Tamil New Year, the Government removed restrictions on weddings and indoor events. Last week, restrictions on inter-provincial travel, in place since May were lifted and public servants were told to return to work. Visuals of overcrowded trains and buses abound, competing with the insanity of Government events going ahead as planned in the middle of a raging pandemic.

Not even the fact that Sri Lanka is now going to battle with the deadliest Delta variant appears to be giving the Government pause. It appears to be throwing a challenge to the virus – catch us if you can – as it refuses to back down from positions against locking down the country to control the spread of infections or a ban on indoor gatherings. Yet the intelligence agencies in their wisdom have decided that the protests held outdoors, with most demonstrators wearing masks and following health guidelines are the real reason for the spike in infection rates.

But that is only half the problem with intelligence that serves only the interests of ruling politicians. For decades, the intelligence services have functioned largely as appendages that prop up the ruling regime. Intelligence officers serve as pollsters for the ruling party, run surveillance on Opposition politicians and dissidents, and in the very worst cases, they have violently avenged criticism and opposition to the rulers. Intelligence agencies operate in the shadows in Sri Lanka, beneficiaries of massive slush funds and unparalleled state resources without accountability or oversight.

Parliament has no fiscal oversight of intelligence agencies and has no power to scrutinise their operations. This laissez-faire ensures these agencies and the officials that serve in them are ripe for exploitation and manipulation by those wielding political power, their loyalties swinging with each regime change. No Opposition politician will call for oversight of national intelligence services out of fear of being called out for seeking to expose national security operations – but also because the political services these agencies perform could become valuable when they attain power one day.

An urgent national conversation, in Parliament and outside, about the crying need to streamline and professionalise national intelligence agencies and bring their operations and finances within Parliament’s ambit, through a specialised legislative committee is the need of the hour. Otherwise, this past week’s intelligence reports will have a chilling effect on public protest during the health crisis, but the problem of a politically motivated intelligence sector that preceded the pandemic, will outlive it.