A lasting solution should include some political administrative devolution, but to all provinces, on the premise that such an exercise is needed to serve the people in provinces better, more effectively and efficiently.

The local media outfits report that the Tamil National Alliance (TNA) and the Global Tamil Forum (GTF) have jointly called for a more engaged  role by the United States in promoting human rights, accountability, political resolution, and reconciliation in Sri Lanka. 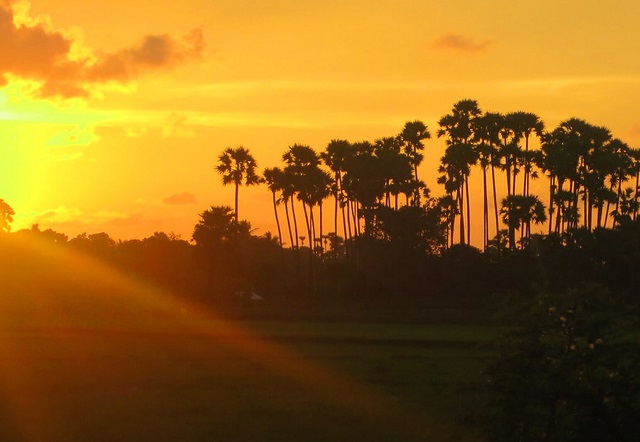 The report went on to state, quote” The particular focus of the current engagement was to call for a proactive USG role in promoting a holistic approach to reconciliation, which would include addressing the root cause of conflict and human rights violations, the denial of political rights to the Tamil people. The Delegation emphasised that addressing the legitimate aspirations of the Tamil people for equality, justice, peace, dignity, and meaningful power devolution is critical in guaranteeing non-recurrence. The challenges faced by the Tamil community on a daily basis to protect their land and preserve their identity in the Tamil majority Northern and Eastern Provinces against rampant militarisation and state sponsored initiatives aimed at altering regional demography was discussed. Details of some of the recent land appropriation measures by the government of Sri Lanka were presented and the urgency to counter such measures with international assistance was sought” unquote.

While not arguing that Tami people of Sri Lanka do not have unresolved issues, one needs to be clear about the Tamil people that are represented by the TNA and the GTF. For many Sri Lankans, especially Sinhala and Muslims, Tamils of the country are one community irrespective of where they live, how long ago they arrived in the island, their castes and station in life. If Tamils face any ongoing discriminatory practices in the hands of the majority community, all Tamils face these and not only some. For the Sinhala and Muslim community, some Tamils are not more equal than others.

This does not seem to be the case for the TNA and the GTF. They seem to be the spokes persons for the Tamils in the North and the East, and one wonders whether this partiality extends to those belonging to particular castes as well. It is more than certain that the US government which has promised to support addressing of ongoing problems of the Tamil community, do not have an idea of the complexities associated with what is understood to be as the Tamil community in Sri Lanka.

In an article titled “Which Tamils hopes are fading? Open letter to Professor Ratnajeevan Hoole”, published in the Colombo Telegraph on the 4th of March 2019, the writer presented a few challenges to Professor Hoole. Many parts of this article are quoted here due to its relevance to the current topic “TNA, GTF articulates Tamil people’s concerns; Which segment of the Tamil people?”

Quote” Professor Ratnajeevan Hoole in an article appearing in the Colombo Telegraph on the 1st of March, poses the question “Tamils’ hopes fading: Every village is Sinhalese? Raghavan sacked?” Firstly, it will be useful and important for the good Professor to clarify for all of us who he means when he refers to “Tamil hopes are fading”. The Tamil population demographics and its composition is very complex and Professor Hoole should inform readers whether he is referring to all Tamils living in the country or whether he is referring to a specific group of Tamils. There are Northern Province Tamils, Eastern Province Tamils, Plantation or “up country Tamils”, Tamils living in areas outside the above areas who are from all of the above areas, Tamil speaking non Tamils (Islamiyath Thamilar or Tamil Muslims) and so on” unquote.

As the writer challenged both gentlemen, it is perhaps opportune to challenge the TNA and the GTF and ask the question whether they unequivocally subscribe to the view expressed by Dr Keethaponcalan’s that when a reference is made to “Tamil hopes are fading”, whether in fact the reference is only to the hopes of “Sri Lankan Tamils, who live or have roots in the North-East Provinces and who believe the North and East is their homeland”. This clarification is important as one needs to know the wants, needs and objectives of the group of Tamils referred to as Sri Lankan Tamils by Dr Keethaponcalan who goes onto state that that in Sri Lanka, a distinction is made between Indian (or plantation or up-country) Tamils and Sri Lankan Tamils.

Dr Keethaponcalan also stated that he quote “subscribes to the idea that Muslims are not and that they are an independent social group defined by religion. Every social group has the right to define it’s identify as it deems fit. The Muslims have the right to define who they are. Tamils trying to define the Muslims identity may make them hegemonic. Therefore, Tamil people, do not include the Muslims. The recognition that Muslims are an independent group has the potential to promote Muslim-Tamil reconciliation” unquote.

Dr Keethaponcalan mentions that Sir Ponnampalam Ramanathan had famously argued that Muslims are Islamiyath Thamilar. This notion created serious rift between the two communities. Muslims believed that Tamils have political motives to label them as Tamils. Many Muslims who write about Muslim-Tamil issues often start their analysis from Ramanathan. The label, Islamiyath Thamilar makes the Muslims a subcategory of Tamil. Hence, the resistance. In this context, it would not be out of place to state that the Tamil speaking Muslim community in the Eastern province cannot be taken as “Tamils” as the TNA does, when it suits them, to include them to bolster “Tamil” community numbers in the Eastern province.

The complexity of the composition of Tamils from a Sinhala perspective and how Tamils themselves define their composition is a barrier that has created difficulties in finding a solution to what is generally referred to as the “Tamil” issue.

The writer also pointed out that if the intention of a new Constitution, whenever it is formulated,  is to devolve power, or some powers, to the provinces and make them more independent (of the centre), and provide avenues for greater self-determination, from a Tamil perspective, their minority status in the seven provinces and in the Eastern Province (when the Sinhala and Muslim populations are combined) will not provide the freedom and the flexibility their brethren will have in the Northern Province. So, in this sense, a class of Tamils who are more equal than others (in the rest of the country) will be created.

If the “Tamil” issue arose on account of domination and discrimination by the Sinhala majority, then, a new Constitution will not change anything except in the Northern province as the status quo in regard to the majority position will remain elsewhere irrespective of constitutional provisions that prohibit discrimination by race, religion, gender, disability, etc. as already enshrined in the current Constitution.

In respect of the “Tamil” issue, granting greater devolution of powers to provinces will benefit the Tamils in the Northern Province and to a lesser extent the Tamils in the Eastern Province. Other Tamils will have to work out how best they could share power with the Sinhala community and other communities and work for the betterment of all communities. The question that springs to mind is whether this is in fact what a constitution model should be for the entire country, and what kind of constitutional structure would provide the foundation for a society which accepts and respects the diversity of the country.

If it is to do with a political issue, which is substantially the Tamil homeland issue, it is a highly debateable issue and it is one without any solution as it has no contemporary bearing and only circumstantial information. If as Professor Hoole has argued, the solution is a Tamil homeland in the North and the East, there will not be any hope for the Tamils he is referring to. The question of provincial devolution, both administrative and political, is something that can and should be visited, but, there has to be clarity on the ultimate objective/s and desires of the different groups of Tamils in Sri Lanka. Classifying only some Tamils as Sri Lankan Tamils does not appear to facilitate such a clarification especially to others who are not “Sri Lankan Tamils” and also to the majority Sinhala community and the Muslim community.

If the TNA and the GTF are of the same view as Professor Hoole and Dr Keethaponcalan as regards what is termed as a solution for the “Tamil issue”, in that it is to do with carving out a territory comprising of the North and East provinces of the country for Tamils living there or who have roots there, and creating a separate State or a fully autonomous political State, then unfortunately for the Tamils, their solution will only be the beginning of a new problem and not a solution.

A lasting solution should include some political administrative devolution, but to all provinces, on the premise that such an exercise is needed to serve the people in provinces better, more effectively and efficiently. Besides this, Tamil people of all segments within what is identified as Tamils of Sri Lanka should be represented, and should have sufficient power in the National Parliament to ensure justice and fair play for all Tamils and to ensure they are not subjugated by an accidental numerical majority status enjoyed by the Sinhala Buddhist community. A divisive methodology to address Tamil concerns surely cannot be called a solution, and hopefully, the TNA, GTF and other Tamil political parties will accept this at least for the sake of the people they claim they represent.