Parliament would have been the best forum for these questions to be answered and discussed. However with Parliament being prorogued until January 18, 2022 that avenue is shut for the moment.

The events surrounding the attempt by the Government to sell 40 percent of the shares in the Yugadanavi Power Plant to a United States based Company, have increasingly become an issue of serious national concern. 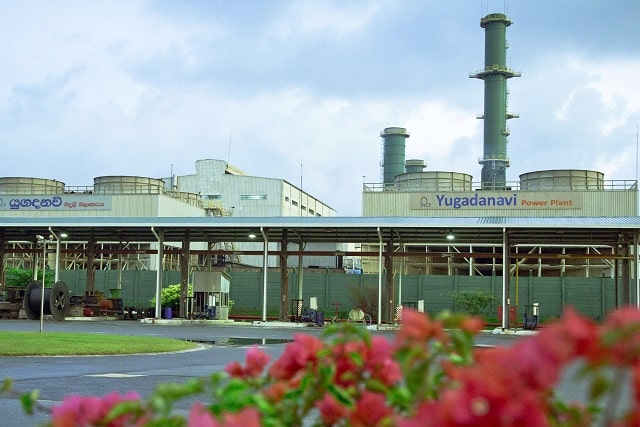 As more and more facts emerge, the Government’s failure to set the record straight with regard to the allegations made by concerned parties including constituents of the Government, is a worrying matter.

While it is very clear from the information coming to light that the whole transaction is steeped in irregularities, what is most significant is that the opposition to both the contents of the agreement as well as the process (or the lack of it) has emerged from within the ranks of the Government.

The fact that three Government Ministers Wimal Weerawansa, Udaya Gammanpila and Vasudeva Nanayakkara have thrown themselves into the fray against the transaction must make the country sit up and take notice.

The three have taken the unprecedented step of throwing their lot with the petition filed in the Supreme Court by Cardinal Malcolm Ranjit and Venerable Elle Gunawansa Thera, challenging the Yugadanavi deal.

The three ministers have clearly smelt (or seen) a rat over the deal that has pushed them to a confrontation with the Government where they have put their ministerial portfolios at risk.

What has irked the trio is what they see as an attempt by the Government to pull a fast one over them and other minsters by claiming that the Cabinet had approved the deal when in fact it had not been presented to the Cabinet as explained by Minister Wimal Weerawansa.

The fact that they have been unable to persuade the Government to see their point of view through internal discussions has compelled them to take their concerns to the Supreme Court.

The actions of the three ministers raise interesting questions about the concept of the doctrine of collective responsibility of the Cabinet. Have they violated this concept by pitting themselves against the Government and taking a stand opposing the Yugadanavi transaction?

The answer to this is probably found in the stand that the trio have taken. If the Cabinet has in fact taken no decision in respect of the Yugadanavi deal as claimed by Messrs Weerawansa, Gammanpila and Nanayakkara they cannot be held responsible for a decision taken outside the Cabinet.

In fact Gammanpila has hinted at corruption surrounding the deal and said that none of the previous Governments has entered into such a corrupt deal.

The opposition to the deal has also come from other quarters. The 11 constituent parties of the Government have also clearly expressed their disapproval at a meeting held under the banner of the Mahajana Manthrana Sabhawa ostensibly to complain to the people about the actions of the Government.

The Samagi Jana Balavegaya and trade unions attached to the Ceylon Electricity Board have also expressed their opposition, which amounts to a substantial section of public opinion questioning the whole deal.

The Yugadanavi controversy took a new turn last week when Janatha Vimukthi Peramuna leader Anura Kumara Dissanayake tabled a document in Parliament claiming that it was the document that had been signed in respect of the Yugadanavi transaction.

The JVP Leader made the startling revelation that the agreement had been signed not with New Fortress Energy but with some other company.

Previously Dissanayake had raised the issue of the Yugadanavi transaction on the floor of the House and queried why the Government had failed to table in Parliament the Agreement that had been signed as far back as July 21 this year, as promised several times by the Government.

When his request was not complied with, the JVP leader produced his trump card which was at variance with Government claims.

What is significant is that the Government has maintained a loud silence in the face of the JVP leader’s claims and neither contradicted nor endorsed the allegations made by him.

In fact there are several matters in respect of the Yugadanavi deal that require answers from the Government, some of which are:

Parliament would have been the best forum for these questions to be answered and discussed. However with Parliament being prorogued until January 18, 2022 that avenue is shut for the moment.

But the whole issue is so critical to the National Interest that it demands urgent answers. Apart from the representations made by political parties and trade unions, the public has the right to know what is going on.

A successful democracy depends on the Government keeping the public informed and taking them into confidence about what the Government is doing. What the Government should do even at this late stage is to hold a media conference and respond to all the allegations that are being made.

Or if the Government is not comfortable facing the media and being grilled by journalists it can at least issue a comprehensive media statement setting out its version of the facts surrounding the transaction pending the resumption of Parliament.

Transparency in Government is a salutary and necessary tool in taking the public along with whatever the Government wants to do.

When it comes to mega deals like the Yugadanavi transaction there is no option but to take the people into confidence.