Yohani is a trailblazer for the Sri Lankan youth who must take care of the country’s future.  This invaluable asset of Sri Lanka should not be expropriated by any foreign friend or foe.

Sri Lanka is sliding into international fame, perhaps for the first time since the Cricket World Cup win in 1996, but on a much larger scale, due to Yohani’s gradual emergence over the past two or three years, first as a bilingual (Sinhala and English), then as a multilingual, singer and rapper. Her breathtaking shoot to global stardom a couple of months back seems to have given a boost to the country’s difficult process of coming in from the cold, into which it had been unduly consigned through geopolitics-driven false propaganda. The young singer and rapper Yohani’s video of her cover song ‘Manike Mage Hithe’ (Lady in My Heart), featuring fellow artiste Satheeshan Ratnayake, went viral overnight, and has got over 133M views by the time of writing (October 1, 2021). This is an astronomically high number of views for a You Tube video of a Sri Lankan artiste singing in Sinhala, the native tongue of over 75% (actually over 80%) of Sri Lankans, though hardly known outside Sri Lanka. The video triggered the unexpected Yohani phenomenon that is currently sweeping the cross-border popular music scene, particularly in subcontinental India, Europe and America. (May it not be a short lived Yohani craze!) It is bound to have an immense vitalizing effect on the young Sri Lankan music entrepreneurs’ foray into the regional and global music market. (The latter, including, for example, the Bhatiya-Santush duo, Iraj, etc., have been active abroad, quite successfully, for many years already; the three mentioned have been extending their support to Yohan for years, as far as I know.)

The whole affair will provide an unprecedentedly powerful impetus for defining and projecting the musical, linguistic and literary  aspects of our cultural identity and heritage to the outside world. Most Sri Lankans across the world, gazing up for a new star of hope to delight their sight and refresh their morale, warmly welcomed her sudden rise to starry heights. At the moment Yohani – with her Manike Mage fame – is taking crowds by storm, being in the middle of her tour of India. Over the past weeks she was interviewed by a number national TV channels in India. She’s also been contracted by the mega Indian entertainment company (started 1983) T-Series, whose You Tube channel currently has 194M subscribers (and this number is bound to rise further due to the co-option of Yohani). 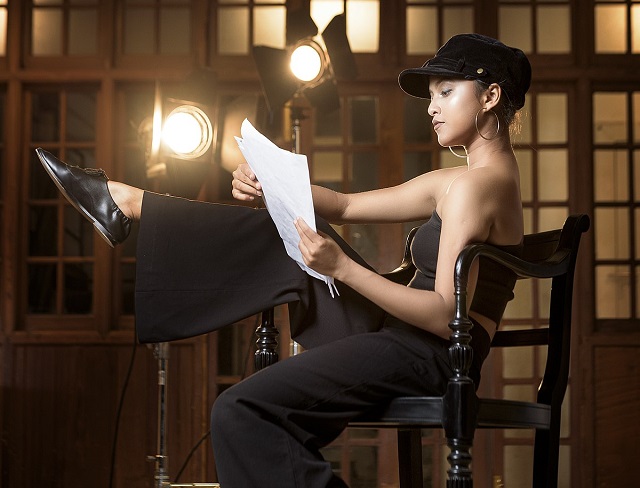 Yohani generously shares the credit for the success of ‘Manike Mage Hithe’ with the members of her team: the gifted musician Chamath Sangeeth whom she implicitly recognizes as the principal contributor to the magic of ‘Manike Mage Hithe’, her competent co-artiste, singer and  rapper Satheeshan Rathnayake, who, in fact, sang the song first, creative rapper and lyricist Dulanja Alwis, skilled guitarist Shane Vas, and versatile video director, editor and colourist Pasindu Kaushalya. As one interested in the study of verbal arts, I have followed these professionals  being hosted in some social media videos. (In the past, in my inexcusable ignorance, I used to scoff at such serious music genres as rap, hiphop, etc., until properly enlightened on them by my daughter.) Something that I have realised about these young geniuses (I honestly think that they deserve that description.) is that all of them take their chosen fields seriously and work hard to achieve excellence; they have a highly cultured, non-mercenary, professional attitude towards their art. They are keenly aware of the inspirational legacy that the greats of the past in Sinhala music have left and acknowledge the debt they owe them.  Equally heartening is the fact that these young artistes display an unselfconscious love of their motherland and  take pride in a genuine sense of inclusive national cultural identity as Sri Lankans. They do not come exclusively from one social background; it is a mixture of urban, suburban, and rural.

Yohani Diloka de Silva (b. 1993) lives in Colombo. She attended the leading girls’ school Vishaka Vidyalaya up to her OLs. During her schooling in Sri Lanka, she took part in sports (swimming and water polo) and group events. Then she proceeded to London in 2012, where she studied at the Hatch End High School and completed her ALs. Having returned to Sri Lanka she got admission to the Kotalawala Defence University, Kandawala, Ratmalana, and obtained her first degree in Logistics. Then she went to Australia for her Master’s. Having obtained a Master’s degree in Accounting with distinction, she returned home to Sri Lanka.  While studying abroad, she pursued her musical training. Later she dabbled in photography, even covering weddings. Yohani drifted into music somewhat accidentally, it appears. She did some club singing to earn some extra income, as she wanted to be independent. She has engaged in her musical career in a more professional way since 2019. Bhatiya Jayakody, a senior musical artist and entrepreneur who has for years adopted a mentoring attitude towards her, says that Yohani is a ‘very intelligent and smart’ artiste. He is one who got her to perform in his shows before, and foresaw a great career in music for her. Asked by Iraj, another very successful Sri Lankan musician with lucrative international appeal engagements, on a Yfm Channel interview in January 2020, about her main target, Yohani replied that she wanted to work with international artistes. To reach her target she’s worked with a vengeance. It is basically thanks to her own initiative and hard training that she is where she is today.

Yohani is the elder of the two daughters of Major General Prasanna de Silva who commanded the 55th Division of the Sri Lanka army in the final  antiterrorist war that ended in victory in 2009. Prasanna de Silva played a very prominent role in that war, making many personal sacrifices. ‘Road to Nandikadal: True Story of Defeating Tamil Tigers’ (2016) written by his comrade in arms Major General Kamal Gunaratne features a photograph of Major General Prasanna de Silva under the general caption ‘Immortal leaders of the final war’ (p. 416-417). Her mother Dinithi de Silva worked as an air hostess at Sri Lankan Airlines. Yohani’s sister who is younger is studying medicine in Russia to become a doctor. During her childhood, she and her family suffered many hardships due to the circumstance that her father was serving in the army in the embattled North.

Yohani seems to have inherited her father’s soldierly qualities of personal courage, doggedness, and sangfroid in her personal and professional life. She is multi-talented. Apart from being a singer and rapper, she is a song writer, model, and photographer. She’s had to endure baseless attacks on her personal reputation in the social media, provoked usually by the green-eyed monster. Though she was thoroughly upset by this at the beginning, her parents advised her to ignore such cowardly harassment and get on with her life. That’s what she has done. She emerged unscathed from the abuse of her celebrity status by social media purveyors of pornography, something that can be safely ignored. With her new star status, he’s started receiving ambiguous attention from a different direction.

The Indian High Commission in Colombo, on September 21 or so, issued a statement appointing Yohani a cultural ambassador between Sri Lanka and India,  and the photograph of what was purported to be a picture of a function held in the HC premises to felicitate her appeared in the media, even before the Sri Lankan government got any chance to acknowledge her star status as  a Sri Lankan  citizen’s achievement, which it actually was. Seen in a bad light, this would prompt one to ask: Why this indecent hurry on the part of India? What underlies the premature gesture? A mutual relationship of genuine cooperation or unequal competition between monstrously large India and ridiculously small Sri Lanka? As far as we know, there’s no need for any special cultural ambassador. The cultural bonds between India and Sri Lanka have remained strong for thousands of years, though political relations have got strained due to attempted big-brotherly snatches from time to time over the same long period of history. Has India been inspired by America’s alleged “Everything for us, nothing for other people” policy? Has Big Brother India begun laying claim to little brother Sri Lanka’s intellectual property, just as it is trying to grab the latter’s physical assets?

Seen in a favourable light, the Indian High Commission’s honouring of Yohani may be interpreted as India’s prompt official recognition of the Indians’ embrace of Yohani as a common cultural icon of the two nations. According to the IHC, several Indian TV Channels had interviewed Yohani: “It is a proud moment for the latest Cultural Ambassador, Yohani de Silva, to appear on India’s national television channels. With over 110 million YouTube views, her song ‘Menike Mage Hithe’ has won the hearts of millions of people in India, from celebrities to the general public. It reflects the true sweetness and depth of the thousands of years old Indo-Sri Lankan relationship,” (Source: Lanka Truth Channel/September 21, 2021).

Agreed. But it is important not to violate that “sweetness and depth” of the enduring Indo-Lankan relationship through the hasty intervention of time-serving politicians in such autonomous cultural interaction between the two countries that is taking place now triggered by the Yohani phenomenon.

Yohani is a trailblazer for the Sri Lankan youth who must take care of the country’s future.  This invaluable asset of Sri Lanka should not be expropriated by any foreign friend or foe.