A fundamental imperative for effectiveness as Sri Lanka’s first diplomat in primarily Anglo Saxon Australia and New Zealand, is his/her ability to communicate clearly and fluently in English. Any person nominated and posted as the High Commissioner should possess this key attribute in order to serve Sri Lanka effectively and inclusively.

The overall general impression amongst many Sri Lankans in Sri Lanka, and overseas, is that most diplomats sent to represent the country in overseas postings are square pegs in round holes. They opine that its a cosy and comfortable life as payback for services rendered to politicians and political parties and a gift on the eve of retirement, opportunities to educate their children in overseas schools and universities. This general impression is probably misplaced as there are, and have been many notable exceptions. 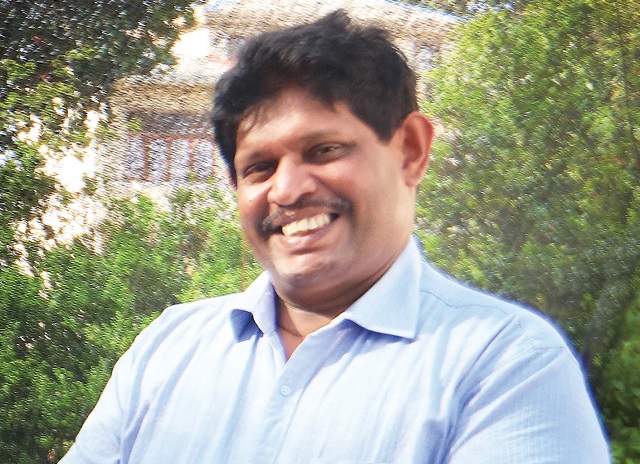 In order of political, economic and strategic interest, there are some countries that are more important for Sri Lanka than others. For example, China, Australia, Indonesia, Japan, India, Pakistan, Russia, UK, USA, the EU countries, Saudi Arabia, Emirates, Iran etc. to name a few.

There are no doubt others as well. In virtually all these countries and in others as well, ability to communicate effectively with the respective governments, Presidents, Prime Ministers, Ministers, other diplomats, leaders of industry and the private sector in general, UN and other international agency officials, is an imperative for successful diplomacy.

The High Commissioner or the Ambassador represents the Sri Lankan State, its President, the Prime Minister and the government and above all its people.

It is not an exaggeration to say Sri Lanka has not been able to send their Kreme de la Kreme to most of these key countries, and except in a few cases, those posted have been ineffective and inefficient. No doubt there are and have been a few exceptionally good diplomats.

Unfortunately, the recently announced High Commissioner designate to Australia appears as one such square peg in a round hole. With no disrespect to the individual concerned, and in empathy for the discomfort this person will encounter in Australia, some hard facts need to be pointed out. Australia is an English speaking country with governments, Federally and at State level, conducting business in English. It has a very professional Diplomatic Corp considering the strategically vital role Australia plays in the region, and it has a vibrant private sector and an active civil society, and a media, all requiring an able communicator in order to serve Sri Lanka’s interests. In this respect, there cannot be anything but empathy for an individual if he or she is disadvantaged when it comes to issues arising from communication ineffectiveness.

Australia’s regional role has further been elevated through a new agreement with the US and UK to introduce nuclear powered submarines and a probably a deeper and far reaching changes to its defence policy, details of which are still not known. All these developments are on account of the growing power and influence of China in the region. While these developments have no direct bearing for Sri Lanka, there is an indirect link considering the competing interests China and the West, propelled by the US, has in Sri Lanka.

In this context, the Sri Lankan High Commissioner in Australia needs to keeps his or her ears to the ground and provide relevant vital information to Sri Lanka in a timely manner.

Role of a diplomat

The Britannica lists the following as Diplomatic tasks. The full description of the tasks could be accessed via https://www.britannica.com/topic/diplomacy/Diplomatic-tasks

“According to the Vienna Convention, the functions of a diplomatic mission include (1) the representation of the sending state in the host state at a level beyond the merely social and ceremonial; (2) the protection within the host state of the interests of the sending state and its nationals, including their property and shares in firms; (3) the negotiation and signing of agreements with the host state when authorized; (4) the reporting and gathering of information by all lawful means on conditions and developments in the host country for the sending government; and (5) the promotion of friendly relations between the two states and the furthering of their economic, commercial, cultural, and scientific relations. Diplomatic missions also provide public services for their nationals, including acting as a notary public, providing electoral registration, issuing passports and papers for military conscription, referring injured or sick nationals to local physicians and lawyers, and ensuring non-discriminatory treatment for those charged with or imprisoned for crimes.

Britannica goes on to say that “services to citizens and the local public are provided by junior and consular staff, whereas specialized attachés engage in protection and much promotional activity. The ambassador is charged with carrying out all the tasks of the diplomatic mission through subordinates or through personal intervention with local authorities when necessary. Most ambassadors are now heavily engaged in the promotion of trade and in assisting private companies in commercial disputes. The head of mission, the head’s spouse, and the deputy spend much time entertaining visiting politicians and attending receptions—at which some business is conducted and information is collected—but representation also entails lodging official or informal protests with the host government or explaining and defending national policy. A diplomat’s most demanding daily activities, however, remain reporting, analysing, and negotiating.

One of the ambassador’s key tasks is to predict a developing crisis, a task accomplished through the gathering of information from an array of sources and the use of experience and expert knowledge in identifying, analysing, and interpreting emerging key issues and patterns and their implications. The ambassador’s duty is to advise and warn, and he is expected to brief his government in detail and without distortion about the content of his conversations with the host foreign minister, the prime minister, and other key officials and politicians.

Beyond these functions, the ambassador negotiates as instructed. Negotiation is a complex process leading to agreement based on compromise, if it reaches agreement at all. (The object of international negotiation is not necessarily to reach agreement; it is to advance the interests in an ambassador’s charge.) The topic of negotiation and the timing of initial overtures are set by the ambassador’s foreign ministry. The foreign ministry (perhaps with cabinet involvement) also specifies the diplomatic strategy to be used. Usually this is specific to the goals and circumstances”

Using this template, one could assess the performance of the country’s diplomats, and in the case of the latest posting to Australia, make a judgement whether the nominee would be able to be an effective first diplomat of Sri Lanka in Australia.

Besides the many necessary attributes mentioned, the High Commissioner in Australia also has function as the key catalyst for reconciliation amongst the Sinhala and Tamil communities in Australia and in New Zealand. Relationships have been fractured and needs to be mended. This is a major challenge and the key attribute needed for this is the ability to communicate with both communities, clearly and precisely.

Wellawatta’s corporate experience spans across a spectrum of diverse fields, encompassing high level decision making within the private sector, to policy making at national level. In his long history in the capacity of driving national policy, Wellawatta served as the Chairman of the State Mortgage and Investment Bank (from May 2010 to January 2015) and was the former Chairman of the National Child Protection Authority (from April 2007 to May 2010). He also served as the Chairman of the Sri Lanka Bureau of Foreign Employment (from December 2005 to April 2007).

Supporting the formulation of national policies through his academic career as a practicing sociologist, Wellawatta served as a Senior Lecturer at the Department of Sociology, University of Colombo.

He also read for his PhD in Political Sociology, at the University of Colombo (Affiliated with the Deakin University, Australia)” [ end quote ]

Based on what is known about the High Commissioner designate, that he is well educated, and has held high positions in Sri Lanka. However, going on the basis of the key functions of a diplomat as outlined in the Britannica, and the communication realities in Australia and New Zealand, he appears to fit the description “a square peg in a round hole”. Rather than the designate himself, clearly, those who selected him for this posting have been remiss in not understanding the challenges facing Sri Lanka in Australia and New Zealand.

It would be best if President Gotabaya Rajapaksa reassess the decision made and perhaps offer another posting to the designate where he could be a more effective first Diplomat for Sri Lanka.