A medical heritage of a country could be cited as one of its best treasures and most powerful weapons. Sri Lanka has proven that its medical legacy was protected by ancient kings as part of governance policy and aspects, such as agriculture, belief system/spirituality and diet encompassing the concept of health. In this regard, a Sinhala Wedakama developed by Dr Laxman Embuldeniya warrants serious attention and consideration.

Sri Lanka Daily Mirror newspaper of 31st August, says that Sri Lanka’s health officials have gone on alert over a new COVID-19 variant detected in South Africa and several other countries, which global health experts say may be the most mutated version of the virus found so far and may have the ability to evade COVID-19 vaccines which are currently available 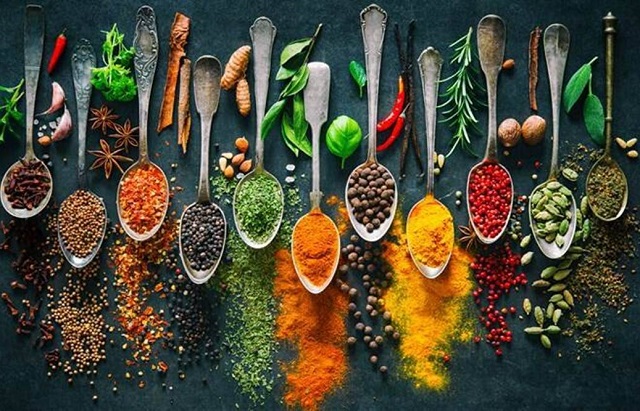 The news items titled“Most mutated’ COVID variant” by Jamila Husain sounds an ominous warning that in addition to South Africa, the presence of C.1.2 has also been confirmed in other countries like China, England, New Zealand, Portugal, Switzerland, the Democratic Republic of the Congo and Mauritius  according to a new study that awaits peer review, the C.1.2 variant, detected first in South Africa, may be more infectious than all other COVID variants found so far and may have the ability to evade COVID-19 vaccines which are currently available.

In the context of these possible developments, the following two news reports in the same issue of Daily Mirror provides some relevancy to the need for the government to explore avenues that maybe available to employ Sri Lanka’s Ayurveda medical heritage to counter COVID and its variants.

The second news report states that the Government has planned to implement a program to provide indigenous immune strengthening medicines and immune strengthening porridge to all families in the country with the aim of controlling the current Covid 19 pandemic.It states that the Cabinet of Ministers has approved the proposal tabled by the Minister of Health to provide a medicine box approved by the Formula Committee of the Department of Ayurveda to every family in the island.It has been decided to provide the medicine box for 25 lakhs of families who lost their income during the quarantine curfew period in the first phase of the proposed program and provide for the remaining families in the second phase.

The country had experienced a debacle with a concoction (a peniya), the formula for which had been given by the Goddess Kali to a local Ayurveda person, who with a lot of fanfare and fans, including the former Minister for Health, introduced the supposed medication. The Peniya has disappeared from the horizon although suspicion has arisen as to how this concoction managed to gain so much prominence, so soon and how it has since disappeared as fast as it appeared. Questions are being asked whether the entire episode was stage managed to discredit the Ayurveda treatment option, which if genuine and successful, would have been a serious blow to the vaccine industry.

In this regard, excerpts from an article published in the Sunday Observer and reproduced in the Australian web journal eLanka on the 17th of January 2021is noted here. The article was titled “Sinhala Wedakam physician achieves international fame (https://www.elanka.com.au/sinhala-wedakam-physician-achieves-international-fame-by-laxman-j-embuldeniya/)

The article quotes the Ayurveda physician who has developed a course of treatment for COVID, Dr Laxman Embuldeniya, stating “We can only imagine that if there was a ‘Ministry of Health’ as we have today, in ancient times, how it would have been integrated to ensure the optimum health of its citizens; through what we cultivate, how we cultivate it, through hydraulic sustainability to prevent hunger, disease and being indebted to other countries for essentials, such as medicine and food.To talk of the pre-Ayurveda Deshiya Chikitsa (Sinhala Wedakama) medical heritage of Sri Lanka is to talk of a wisdom driven medical tradition nurtured for centuries.Robert Knox, if he were alive, would have been able to explain to us what he wrote in his book, An Historical Relation of the Island Ceylon where he detailed the medical expertise of the country and stated that this knowledge was with all citizens who were physicians in their own right.Today this knowledge, even the use of basic herbs and indigenous plants, may have been erased from the minds of the public, because we have not realised as a nation the value of safeguarding it through an education system accessible to all”.

Laxman J. Embuldeniya, 56, at Elwela, Matale, who had qualified in the 1980s in Systems Engineering from the British Computer Society, having worked abroad pertaining to technology, maintains that his father and grandparents from his mother as well as father’s side had functioned as physicians and held a repository of ancient knowledge in the form of books and pamphlets.

For the past 25 years, he states that he has been researching Deshiya Chikitsa (Sinhala Wedakam) techniques passed on by his father and grandparents, using some rare knowledge in Sri Lanka’s medical tradition, for diseases, such as Dengue, Diabetes and conditions, such as Autism and neurological disorders, such as Epilepsy. He is confident that the branch of Sinhala Wedakama he uses can cure Autism. He said he has records to prove he has done it.

The article says that a letter, dated July 26, 2017 signed by the Private Secretary to the then Minister of Health introduced him as follows to the National Medicines Regulatory Authority (NMRA):“Bearer Indigenous Medical practitioner, Dr. Laxman J. Embuldeniya, has developed an herbal medicine apparently effective for treating all conditions of Dengue Haemorrhagic fever and has demonstrated its efficacy on several patients in Kalutara and Matale. The letter said that he has presented his medical experiments for Dengue to the then President, Maithripala Sirisena and requested an expert committee

Since then, he states he has developed a treatment for COVID and he is reportedly receiving local and international recognition for developing what could be described as a vaccine equivalent for Covid-19; in liquid form, which needs only two yoghurt spoonful quantities to be taken – just once and administered on to the tongue, prior to sleep.Asked if it is once in a lifetime treatment like a vaccine is supposed to be, he does not insist that this is so, but said that this is how he has designed the medicine, made from herbal components.He said he has received queries from foreign doctors, officials as well as Sri Lankans from countries, such as Italy, New Zealand, Switzerland, Israel, Bangladesh and Nigeria.

According to him, around 15,000 persons, mainly in Sri Lanka, have taken his Covid-19 curative and preventive treatment, out of which from feedback, at least 100 – 200 were Covid-19 positive patients who have recovered.He said that the strength of the herb composition of the medicine ensures that recovery is successful within hours, using the minimalistic quantity rationale as used in the Rasa Wedakam tradition of ancient Sri Lanka.In the local pandemic scenario, he considers one of his main contributions to be the prevention of the Dambulla market Covid-19 incidence.He said that following a media intervention by a provincial journalist familiar with the efficacy of his medicine, many vendors in the Dambulla market, who had been exposed to those who had contracted the virus, had taken treatment.

“I do not advertise and there is no board where I make my medicines. I have declined many media interviews. Somehow word spreads. We courier the medicines well sealed within Aluminium foil. This has to be refrigerated.We are daily couriering – many dozens of packs – and several government officials and the private sector as well as military officials have taken this treatment.We collect the different reactions of those who take the treatment, mostly as a protective mechanism.We have not had a single reaction of the medicines failing. Many persons are reporting that their cholesterol, diabetes and other ailments have disappeared,” Embuldeniya said.

According to Sinhala Wedakama, there is information of diverse ‘families’ or ‘categories’ of viruses and whatever the new viruses emerging in the world are within those categories.He said that the Covid-19 treatment he finalised is administered on the tongue for signalling the brain.This treatment is aimed at allowing the brain to respond to the RNA of the Covid-19 virus and destroy it,” he said.

His appeal is for Sri Lankan authorities to look at Sri Lanka’s traditional medicine with honour and respect, especially during the time of global health challenge.The way science was understood in ancient times in the country through which we developed many world marvels and the way it is understood now has to be contemplated upon.As someone qualified in systems engineering, I am well aware that what I am doing using our age old traditional medical science is another method of programming; re-programming the human body,” Embuldeniya said.He does not see a difference on the basis of knowledge in modern computer technology – systems engineering and the ancient knowledge of Sinhala Wedakama which draws on a vast body of universal knowledge that is not visible to the human eye.

He holds the view that Sinhala Wedakama can stand alone as a distinct body of medical expertise within the Sinhala tradition that could be separated on many aspects from Ayurveda.

The COVID treatment methodology reportedly developed by Dr Embuldeniya, its safety and its effectiveness needs to be ascertained, soon. It is suggested that the Minister of Health with the approval of President Rajapaksa, undertakes such an exercise as a matter of priority considering the current state of the pandemic, and the potential state as mentioned in the Daily Mirror, comes to pass in Sri Lanka. While the governments vaccination program is reported to be proceeding at a furious pace, the number of COVID positive cases and deaths is also rising even more furiously.