A section of local residents and their political and activist supporters demanded that the project should be closed. Several cases were filed in the court and the judiciary permitted the project to operate with certain conditions.

Tamil Nadu government has fixed a target to achieve GDP to the level of 1 trillion US dollar in the next few years. To achieve this target, the GDP  has to be increased by around 3.5 times from the present level. Given the potential in Tamil Nadu, this target is technically achievable. 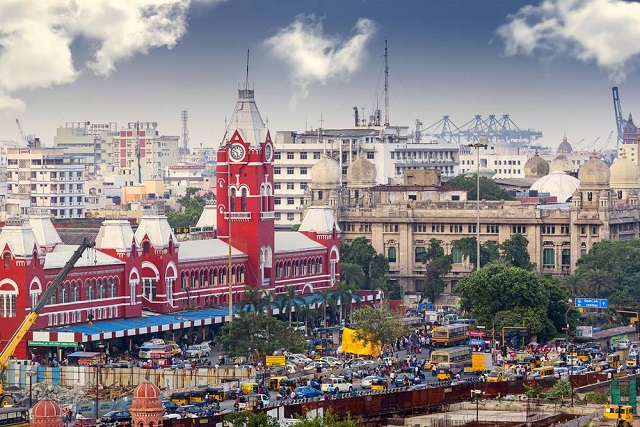 However, given the ground realities in Tamil Nadu in recent time, with  politically inclined environmental activists, opposition political parties and sections of farmers blocking every project under one pretext  or the other , it is extremely doubtful as to whether sucha  target could be achieved in the foreseeable future.

A few  stalled projects are discussed , which clearly indicate that the activism in Tamil Nadu has become counter productive.

In the year 2001, Tata group decided to set up a titanium dioxide project of capacity 50,000 tonne per annum with an investment of around Rs. 2500 crore  at Tuticorin.  Considering the fact that the raw material ilmenite deposits is available in Tamil Nadu and India is a net importer of titanium dioxide  with fast growing demand , the project has  high  level of significance.

While the state government approved the project , the move of Tata group to acquire land for the project was resisted by vested interests.  In utter frustration, Tata group withdrew the proposal to set up the titanium dioxide project.

LNG terminal of capacity 5 million tonne per annum  has been set up at Kochi in Kerala  with the plan to lay a  pipeline for taking the gas to neighbouring states of Tamil Nadu and  Kerala.  While the pipeline in Kerala was laid on the way to Tamil Nadu, a pipeline of around 330 kilometer have to be laid in Tamil Nadu to deliver the gas at different centres.

The project was resisted by a  section of farmers and the political and activist supporters.

The job was undertaken by GAIL , a government of India undertaking and the organization said that the pipeline would be laid 5 feet below ground level  and would be covered and the farmers can continue to do cultivation of crops that are not deep rooted.  The protesters said that the pipeline should be laid on the highways, which is technically not possible due to lack of adequate width of the highways and likely vibration   due to movement of heavy  vehicle traffic. The protesters did not relent  and the project has been stopped.  This has resulted in the loss of investment opportunity of around Rs.15000 crore for setting up downstream projects based on natural gas.

Government of India accorded permission for crude oil exploration project in  delta region in Tamil Nadu , which largely consists of agricultural land with cultivation area of around 15 lakh acres.  The exploration project would require only less than 10000 acres of land and the farmers and their political and activist supporters protested against the project.

A large copper smelter unit belonging to Vedanta group was operating in Tuticorin for  more than a decade. This project also have sulphuric acid plant of capacity 12 lakh tonne per annum.

A section of local residents and their political and activist supporters demanded that the project should be closed. Several cases were filed in the court and the judiciary permitted the project to operate with certain conditions.

A neutrino project was proposed to be set up at Theni region in Tamil Nadu, with an investment of around Rs. 1500 crore.

Neutrino project is an extremely important one from the point of view of scientific research and technology development.  Neutrino has no charge and huge research efforts are under way in different countries in the world to separate the neutrino , which has huge potential applications in communication , medical technology and other areas.

The project involves deep drilling of  hard rock   and  to carry out  the research study on neutrino. .  There were objections from the local residents with the support of activists and some political parties against the project stating that it would cause  structural disturbance in the region.  This was denied by the scientists. Several neutrino projects are under operation in countries like Japan, Italy, Canada and others.

Dr. Abdul Kalam, former President and renowned scientist explained the importance of the project and wrote several articles  appealing to the protesters to give up their agitation.  The appeal of Dr. Kalam was not heeded.  The project has been given up for all practical purposes.

Kudankulam nuclear power project in Tamil Nadu was conceived in the 1990s  and the project was opposed by the local residents and activists, causing huge delay in implementation of the project.

The accidents in Chernobyl (Russia) and Fukushima (Japan) nuclear power plants encouraged the protesters to intensify the agitation. The scientists explained extensively to the protesters about the safety measures introduced .

After prolonged debate and agitation, Tamil Nadu government ordered an enquiry and the enquiry committee supported the project .  The agitation was put down by the state government and the project was commissioned ultimately  at a huge cost  due to inordinate delay.

was planned in Cuddalore and Nagapattinam region with an area of around 54000 acres to set up  a number of large scale petrochemical projects. This would have been similar to chemical parks in China and  industrial zones in  Jurong Island in Singapore. This project was also opposed by the local farmers with the support of activists and political parties. This project has also been given up now for all practical purposes.

Eight lane highway was planned between Salem and Chennai to reduce the travelling time , that would provide several benefits. This project was also opposed and has been given up now.