Land issues particularly in the North and East has been identified as one of the root causes of unrest after the ethnic conflict.

Does anyone in the world know why private property, especially lands are compulsorily acquired in the name of national security by governments?

Do we care to know or is it left to the Government to compulsorily acquire property rights to unclaimed lands and sell them on after survey, to resolve the mounting debt crisis? 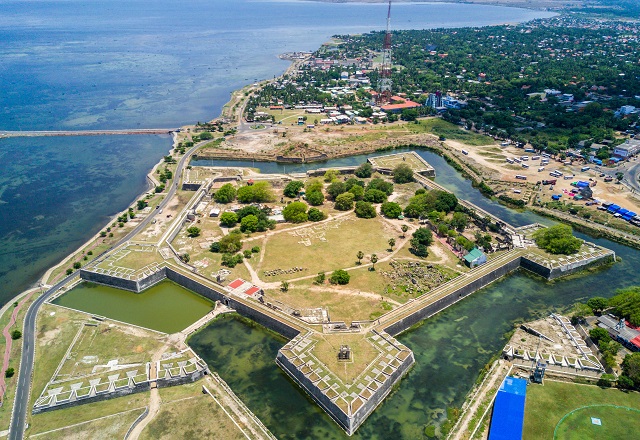 Whatever the reason, much explanation is required of authorities forcibly securing land rights, of unutilised or undeveloped lands, on shady pretext.

Land issues particularly in the North and East has been identified as one of the root causes of unrest after the ethnic conflict.

While land owners in the country lobby the Government to release the lands which were once claimed by the security forces,Tamils who became refugees and moved abroad to escape the conflict,or to start a new life after it ended now say:”they have no voice in the fight to reclaim their property as for many expats the most they can do is visit the country or request their lands to be released. Even for those who have reclaimed their land, have to make regular trips to their homeland to ensure their property is not claimed by squatters or anybody else in their absence.

Courts are having to adjudicate against illegal land grabs.”

Private property is distinguishable from public property which is owned by a State entity and from collective property, which is owned by a non-governmental entity. Sometimes, it is difficult to distinguish between private properties and “personal property,” as it varies depending on one’s political philosophy, with socialist perspectives making it a hard distinction between the two.

A new dimension re-appears some 60 years later, similar to what I witnessed during my visit to the Soviet Union in 1962, particularly, my visit to some Collective Farms or “kolkuz” in various States of the then Soviet Union, namely, the idea of private property belonging to the “common purpose of society”.

Understandably today, private property is defined and enforced by a country’s political system.

Ideas about and discussion of private property date back at least as far as Plato, the Greek philosopher.

Property, is in reference to land, particularly agricultural land, came to be debated in the 17th and 18th centuries, accompanied by the political thought of English philosophers like Thomas Hobbs, John Locke, to address ownership.

In the Sri Lankan context

In many countries and in Sri Lanka, in particular, acquisition of land by the State is well known, as 80 percent of all land, was and is owned by the State. This may be due to our island status and/or for security reasons.

Property is further acquired by the State, either for “social purpose” like widening of roads or railways, and/or land development or more recently for setting up surveillance posts and/or for military logistics.

The recent ruling by the Supreme Court however, is that the State cannot acquire individual land, unless there is a clear legal framework.The particular Supreme Court judgment handed down by Justice Mark Fernando – (Manel Fernando v Jayaratne 2000 (1) SLR 112, SC) with regard to the due process that ought to be followed in acquiring a given piece of privately owned land for a specific “public purpose” still stands.

The State is duty bound to first and foremost protect her citizens’ rights to life and property. The Land Acquisition Act of Sri Lanka confers special powers on the Minister to set in motion the exercise of acquiring private land for “a public purpose” by merely declaring that by Gazette notification. The Act does not require to state the public purpose for which such private land is required. This is a raw issue when it refers to “security purpose”.

The Constitution of Sri Lanka does not guarantee the right to property in explicit terms through a provision to that effect. However, land acquisition must be divided into “public purpose” and “security reasons”.The former being permanent acquisition with reasons attached and will be effective only after payment of compensation,while the latter, it must be for a period of years (say 5 years) with no reasons given, but compensation must be in the form of an annual payment.

The question of what is fair compensation should be carefully scrutinised as otherwise unscrupulous officials can acquire even barren lands, purely to generate an income.

All in all, due process ought to be followed in acquiring a given piece of privately owned land for a specific “public purpose”.

In the context of International Law

It is well known that the right to property is recognised in Art.17 of the Universal Declaration of Human Rights. But, it is not recognised in the International Covenant on Economic, Social and Cultural Rights (ICESCR, Art 11 (1) 1966).

The right to property is one of the most controversial Human Rights, both in terms of its existence and interpretation.

Acquisition can be by “Adverse Possession,” or by “Prescription” and/or by “encroachment”.

We are told that the right of compulsory land acquisition is always available to the State.

No one doubts its application. But who in his/her right mind will want the Government to pay/or settle whatever compensation is deemed necessary for the compulsory acquisition of lands, unutilised and owned by Sri Lankans abroad, when the Acquiring Authorities have a legal obligation to pay even the pepper-corn assessment valuation to Sri Lankans in hard foreign currency?

No one in Sri Lanka,it seems, has thought about this disbursement of valuable overseas currency, when instead the Government can turn it around and levy a Withholding Tax on private unutilised lands held by Sri Lankan property owners living in comfort abroad. Smart ways of recovering valuable foreign exchange have yet to be researched.

As stated above, constitutional protection of the right to property in furtherance of compulsory land acquisition under international law, is quite unchartered territory at the global level.

Further, strict guidelines have to be followed during compulsory purchase acquisition by the State or organs of the State in Sri Lanka.

Social Impact Assessment (SIA) Report has to be undertaken in most jurisdictions in United Kingdom and many other countries. It is not clear whether such a recommendation about whether the project can go ahead or should be abandoned giving reasons for the Competent Authority decision is a requirement in Sri Lanka.

Further, justification for seeking an Order Authorising Compulsory Acquisition meaning the Competent Authority or Government has to prove a compelling case is in the public interest and balancing “public interest” against “private loss” as well as the use of “Alternative Dispute Resolution” is not available to citizens of Sri Lanka.

Thus communities, with the support of Civil Society Organisations (CSOs) have recently mobilised themselves, often lead by Women’s Groups to hold institutions of Government accountable to secure tenure rights both of individual Sri Lankans, as well as of communities.

It is well known how persistent community activism and advocacy at different levels have held Government and State Institutions to account and made enormous progress to guarantee private land rights.

The legal framework pertaining to land in Sri Lanka

The right to land and property in Sri Lanka, is a minefield, although it is not a constitutional right of citizens.

It is accepted where a person or an entity is in unauthorised possession of State land, anyprocess of recovery is stated in the State Lands (Recovery of Possession) Act.

It is a procedural law aimed at securing the rights of the State against unauthorised occupants. The Competent Authority of State may serve a Quit Notice on such a person requiring them to vacate the land on a date not exceeding 30 days.

This draconian provision is applicable to person(s) who unlawfully occupy State lands and are unable to prove their ownership title. This provision is frequently used on the landless, the displaced or evicted communities, even though they may have occupied the State lands for an extended period.

The situation is different where land title is proven

We are told that The Competent Authority, particularly the Divisional Secretaries in Kachcheris, are threatening legitimate title owners of private lands with Compulsory Purchase of their lands and with surveys carried out. This is being done to sell unoccupied, underutilised lands on the market to secure much valued foreign currency.

We are informed by Caretakers of these lands, that an outdated Land Circular 2013/1 which introduced an “accelerated programme of solving post conflict Land issues” is being used to acquire large areas of land to establish new security/military camps or for other military purposes, or as High Security Zones or even as Economic Zones. Simultaneously, since the war ended in 2009, many of these camps have been disbanded and lands returned to lawful owners.

The latest initiative by the Competent Authorities

It is also noted that the latest initiative is in response to the country’s investment promotion policy due to the dearth of hard foreign currency, offering unused lands to prospective international investors wishing to acquire large parcels of private unutilised land.

Any forcible takeover or grab of private lands of Sri Lankans living abroad is causing much concern, with owners of lands with title deeds reclaiming their lands and repatriating hard currency to Sri Lanka as an investment in their property.

Strangely, the rightful owners are now wanting to resettle in Sri Lanka, for a variety of reason, not withstanding the fear of Corona virus pandemic. They neither want their lands requisitioned, sequestrated or compulsorily acquired and are wanting “to vote for possession with their feet”.

It is a new sea change in the mindset of Sri Lankans living and working abroad to repatriate and plough in investment capital back into their private lands, at least for one reason, that the rate of exchange is in their favour. This is a Win-Win solution.

This collaborative approach can only be taken forward by initiatives of the Sri Lankan State, and the Central Bank.