Excerpts from the author’s recent book, Tales of a Mad Yogi, published by Shambhala Publications, Inc.

An account of the periods of my life story that is factual and correct—from my birth to my present activities, up to the feasts offered at my death in the future—would be an insignificant piece of writing indeed! Except for the dried-up words with which I exhort my disciples toward the Dharma whenever they question me and with which I communicate the main points for performing spiritual practice these days, there is little need to write about the absurdities of my life, the food I ate in the morning, and where I shit it out in the evening.

Who was the Dharma Lord, Drukpa Kunley? He’s been called many things: madman, crazy wisdom master, yogi, erudite scholar, wandering mendicant, scathing social and religious critic, lonely child, enlightened master, drunkard, adulterer, reincarnation of Saraha, great mahasiddha, and the list goes on. With so many manifestations, the question arises: Was Drukpa Kunley a real human being, with real challenges and sufferings, joys and achievements? Or is this legendary figure more mythic than human, more imaginary than historical, his name a label for a particular way of being in the world? 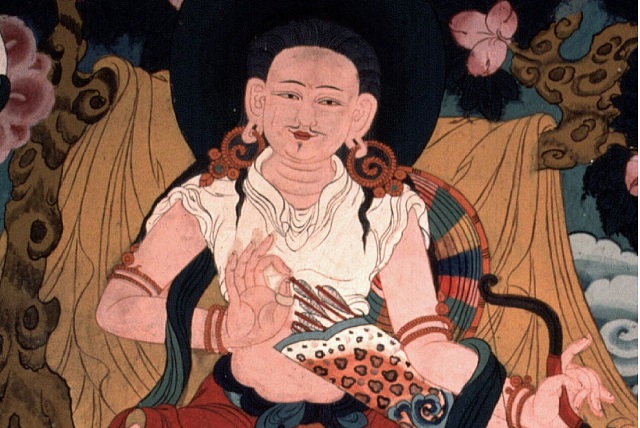 Drukpa Kunley’s legacy has profoundly influenced ideas about how true realization can manifest in a religious world where selfishness, materialism, and hypocrisy often undermine the genuine transmission and practice of the Dharma. What does this manifestation of true realization look like? When we examine the speech and actions of Drukpa Kunley, we discover a complex nexus of interpenetrating and sometimes contradictory, but always fascinating, ideas of what realization might look like.

In Bhutan, where Drukpa Kunley’s legacy flourishes, modern folk tales depict a bawdy, promiscuous, irreverent jokester—a philandering yogic madman who used any and all opportunities to engage in lewd or lascivious actions to shock ordinary people out of their habitual ways of viewing reality. This Drukpa Kunley had no qualms about breaking social mores or challenging the ethical and moral values by which people orient themselves both individually and collectively. He delighted in teaching average folks, while poking fun at those who call themselves Dharma practitioners. He elicits laughter and enjoyment as vociferously now as he did six centuries ago. He was the crazed yogic madman who slept with his own mother, separated women from their husbands, and drank himself unconscious, but who is also revered as a second Guru Rinpoche, pacifying and taming the wild demonic spirits that haunt the Himalayan mountain jungles of Bhutan. That he accomplished this primarily with his throbbing “thunderbolt of wisdom” continues to charm and amuse whoever hears of his exploits.

Today, in Bhutan, visitors can purchase replicas of his thunderbolt of wisdom from local gift shops, and many flock to Drukpa Kunley’s temple, the Chime Lhakhang in the central valley of Punakha, to be blessed by the huge phallus said to have been carved by the saint, as well as by a replica of the bow and arrows he used for hunting. To this day, women who are unable to conceive travel from around the globe to this same temple to supplicate for the lama’s blessing and to sleep on the ground in the hopes that their prayers for conception will be answered. And they are. Over and over again, reports of the efficacy of Drukpa Kunley’s blessings emerge that enhance his reputation. 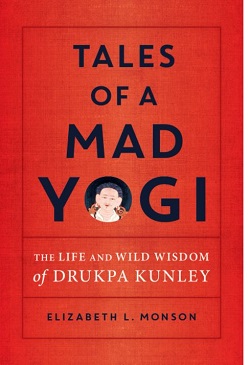 Lest we become too comfortable with this view of a dancing, drunken madman, Drukpa Kunley’s own writings from the fifteenth century pull the rug out from underneath us. In the only known collection of his written works referred to above, the four-volume mix of both biographical and autobiographical writings, we encounter a different kind of madman. One whose weapons of pacification and education include his sharp tongue, his keen wit, and his penetrating critiques of religious hypocrisy. If this manifestation of Drukpa Kunley is considered crazy, it is due to his unrelenting drive to unveil the insidious deceptions that those who claim to model a religious life use to fool both themselves and others. He is crazy, too, in turning this keen gaze onto himself, exposing his own faults, tricks, and surreptitious efforts to broadcast a particular image of himself—a madness of humility and truth-telling.

To try to nail down all the characteristics of the yogi depicted in these volumes, the yogi who dances nimbly through a field of literary genres, is as difficult as Drukpa Kunley himself states in the passage that opens the preface to this book. The Liberation Tales confronts the reader with a bewildering array of disparate compositions—from spontaneous songs of realization to stories, didactic tirades, mocking imitations, parodies, dream narratives, visions, and powerfully emotional responses to the impermanence and suffering experienced by all beings across time and space. While it is impossible to determine a single rationale for these writings, uncovering what it means to be a genuine human being traveling the path of the Dharma—both externally in terms of engagement in the mundane world and internally in terms of personal growth and realization—is a central theme. The madman who emerges from these pages is by turns compassionate, honest to a painful degree, spontaneous, fun-loving, sorrowful, romantic, practical, and mystical.