“If you’re not in politics for love, then why do it?” asks Jessica Dos Santos in her latest column.

There is no bigger love than what one feels inside

for a cause, a homeland, a people, the human cause. ~ Hugo Chávez

Earlier this year, I was offered a weekly newspaper column to write love stories sent by readers. Think of it as a Venezuelan incarnation of “Modern Love.”

I confess that, had this project arrived on my doorstep some years ago, I wouldn’t have taken it on. I would surely have considered it “not political enough” in a country where everything, from presidential elections to corn flour prices, is laden with politics. 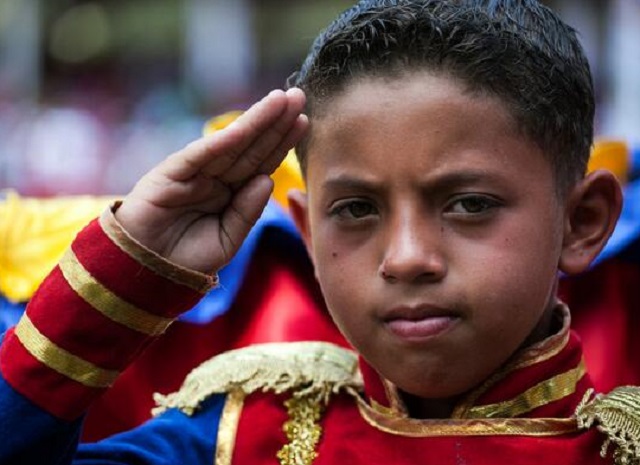 But the pandemic changed my views in regard to expressing our feelings, finding empathy, developing emotional intelligence.

I thought the column would not get much attention, though I have had a lot of people sending me their love tales. But a few days ago a well-known politician told me he thought it was “an excellent idea” because “the country is so screwed and divided that we need these mundane things to distract people.”

I’m not sure what annoyed me the most: that he thought my writings would help mask problems or that he thought love, emotions or mental health are silly issues to pass the time.

If you’re not in politics for love, then why do it? For what? If you’re going to do something for someone without expecting anything in return there is a lot of love in there, I replied to him confidently in my head.

“Revolutionaries are guided by great feelings of love,” Che Guevara famously said. He was one of Chávez’s favorite references. In that 2006 election, like José Martí had written in 1875, the Venezuelan people “love can only be paid back with love” (“amor con amor se paga”) and went into battle with Chávez for the subsequent years.

After he died, our politics went to shit because loads of actors across the spectrum stopped caring about how the people felt or else they put their egos and thirst for power above everything else.

In contrast, the pueblo seems to have learned the lesson a bit better. Many of us still recall this speech where Chávez said that “only love amongst ourselves and for what’s ours” could save us.

I think that is exactly what happened. “Caracas defeats the Pentagon with love” would be a headline just as mushy as it is real. I have had a lot of loving dishes land on my table, and I’ve broken my back out of love for others hundreds of times as well. Not only that, many grassroots organizations remain as committed as ever to their project, believing and building a new society.

In the toughest moments throughout these years (grief for Chávez’s death, economic hardships that followed, the “everyone for him/herself” mentality, guarimbas, blackouts, the pandemic, etc) I’m convinced that love showed up and someone, an equal, or a collective stretched out a hand to lift us up. Only the people will save themselves, after all.

I also feel we will need a lot of love to rebuild what went wrong, to once again recall what binds us together. For instance, the Olympic and Paralympic athletes’ success generated a lot of excitement among us. At the same time, the chaos and flooding caused by heavy rains across the country gave rise to solidarity that pushed petty disputes aside, albeit temporarily.

We need to love and feel proud of who we are once more, to have a project we feel is ours once again. We need to go back to seeing each other, recognizing each other, accepting and redeeming ourselves. Ours is a country that has fought itself a lot and ended up adrift after having such a clear route at one stage.

Furthermore, these last few months have taught us that everyone bears a cross unbeknownst to others. These mutual crosses sometimes are the only things that bind us together in spite of our differences, especially in circumstances where money and influence can be powerless to stop the destruction wreaked by Covid-19.

However, have the politicians running for mayor and governor this November understood this? Or are they merely seeking posts and privileges? Do the Chavista and opposition delegations in Mexico understand this? Or do they simply want to make life easier for business? Is there still room for love in high-level politics?

Jessica Dos Santos is a Venezuelan university professor, journalist and writer whose work has appeared in outlets such as RT, Épale CCS magazine and Investig’Action. She is the author of the book “Caracas en Alpargatas” (2018). She’s won the Aníbal Nazoa Journalism Prize in 2014 and received honorable mentions in the Simón Bolívar National Journalism prize in 2016 and 2018.