Immediately after the Taliban’s arrival, the women found themselves trapped indoors, afraid to leave their house without a male family accompaniment or because of dress restrictions (burqa, niqab or hijab), with their access to education and employment fundamentally changed or ended entirely.

World leaders and international organizations are hesitant to recognize the Taliban’s government but are keeping abreast in the implementation of the Doha Agreement.

The landmark peace agreement was signed by Taliban leader Mullah Abdul Ghani Baradar and the United States on 29 February 2020. Baradar is currently the acting first deputy prime minister of the Islamic Emirate of Afghanistan. 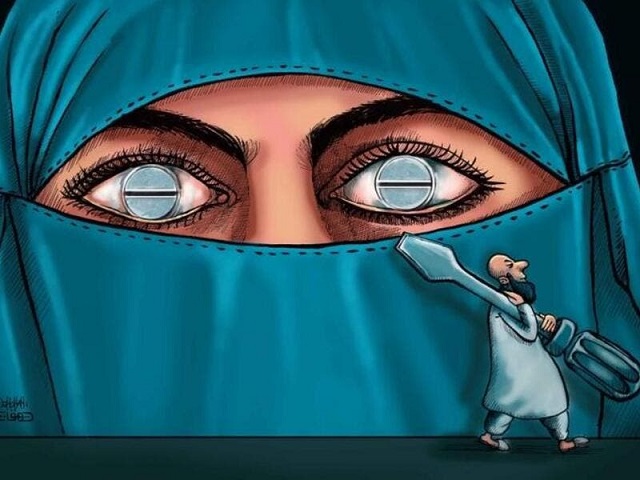 The four-page Doha Agreement is also known as the Agreement for Bringing Peace to Afghanistan and to end the protracted war.

According to the compliance for peace, a comprehensive and sustainable peace agreement will include four parts, including guarantees to prevent the use of Afghan soil by any international terrorist group or individuals against the security of the United States and its allies; a timeline for the withdrawal of all American and coalition forces from Afghanistan; a political settlement resulting from intra-Afghan dialogue and negotiations between the Taliban and an inclusive negotiating team of the Islamic Republic of Afghanistan; and a permanent and comprehensive ceasefire.

Unfortunately, the compliance for peacebuilding was flouted. One of the reasons was that the two major factions within the Taliban hierarchy did not agree to the peace deal with their arch enemy – the United States.

Despite the peculiar situation prevalent in cities, towns, and villages, the Taliban are ignoring the decrees of Kabul.

Taliban spokesperson Zabiullah Mujahid said in an interview in Kabul in the first week of September that accompaniment of a ‘mahram’ (male family member) would only be required for travels longer than three days, not for daily chores such as attending work, school, shopping, medical appointments, and other needs. Nothing is found in reality.

Taliban officials in Herat have not been consistent in carrying out the ground rules. The majority of the women lamented that Taliban fighters had stopped them on the streets, at universities, and other public places, and barred them from going about their business if they were not accompanied by a male.

Since taking over the city on 12 August 2021, the Taliban has instilled fear among women and girls by searching out high-profile women; denying women freedom of movement outside their homes; imposing compulsory so-called Islamic dress codes; severely curtailing access to employment and education, and restricting the right to peaceful assembly.

Several victims told the two rights organizations that their lives had been completely upended the day the Taliban took control of the city.

Immediately after the Taliban’s arrival, the women found themselves trapped indoors, afraid to leave their house without a male family accompaniment or because of dress restrictions (burqa, niqab or hijab), with their access to education and employment fundamentally changed or ended entirely.

Meanwhile, the International Criminal Court (ICC) is likely to swing into a fresh probe into Taliban and Islamic State-Khorasan (known as IS-K or Daesh-K) ‘war crimes’ and ‘crimes against humanity’ since 2003.

The move shows the ICC’s determination to investigate contemporary as well as past crimes against humanity.

The Hague-based ICC’s new prosecutor Karim Khan, a British QC is determined to use international law to investigate and has notified the Taliban via Afghanistan’s embassy in the Netherlands that it intends to resume an investigation.

Well, there is no reaction from the interim regime in Kabul regarding the prosecutor’s probe into crimes against humanity. This gives a message that the Taliban regime in Afghanistan will not cooperate and refuse to allow the probe delegation to visit the country.

Earlier, in April 2o2o, the ICC inquiry was deferred following a request by former Afghanistan’s President Ashraf Ghani to enable time to collect and collate evidence in cooperation with ICC lawyers.

The probe will investigate ongoing effective domestic crimes within Afghanistan. The implications of de facto Talibanism for law enforcement and judicial activity in Afghanistan will be taken on board.

The prosecutor is likely to face the music for plans to deprioritize any alleged war crimes committed by the US and the Afghan army since they are not ongoing.

Khan argued that with the Taliban in charge of the country, there was “no longer the prospect of genuine and effective domestic investigations” and asked for permission to resume his offices’ inquiry.

One of the crimes likely to be investigated is the suicide bombing on 26 August at Kabul airport, which was claimed by IS-K.

Khan said his office would prioritize investigating alleged crimes committed by the Taliban and the IS-K, including attacks on civilians, extrajudicial executions, and the persecution of women and girls.

Saleem Samad is a freelance journalist and columnist, a correspondent of Reporters Without Borders (RSF) and recipient of Ashoka Fellow & Hellman-Hammett Award