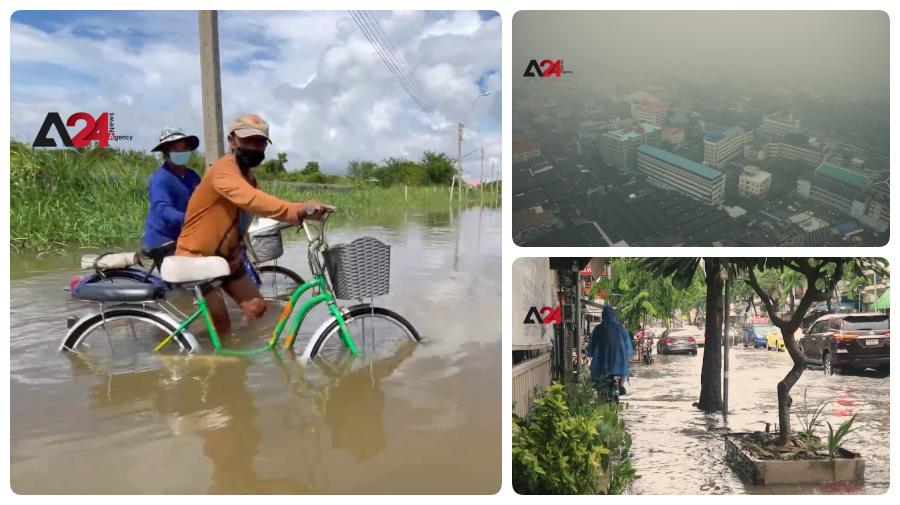 Following a wave of floods that swept the Thai capital, Bangkok, with the water level reaching one meter after several hours of heavy rain,  General Prayut Chan-o-cha, Prime Minister and Minister of Defence plan has ordered the deployment of water pumps to drain the canals in the city, as well as the removal of rubbish and weeds to improve the drainage canals. However, Deputy Secretary of the Department of Water and Irrigation, Thaweesak Thanadechopon, said that 68 cubic meters of water have been diverted to the Chao Phraya River and the Gulf of Thailand, indicating that additional water pumps have been installed in flood-prone areas and that the flood response center in the capital operates 24 hours a day to ensure a quick response in the event of further floods.
Source-A24 News