Container Shipping has now formed alliances and Sri Lanka has much to gain from being the sole intermodal terminal between Dubai and Singapore.

With global trade multiplying since the 1980’s businesses realised that shipping containers could manage economies of scale better than literally “break bulk” as these containers were an international standard size. They comprised either 20 ft. or 40 ft. long or 53 feet as in the United States, and 8 x 8 ( feet width x height),with cargoes stacked inside. In fact, packages were to be of a standard size to fit neatly into these steel boxes for intermodal transport. Cargoes could be pre-planned for storage safely inside, as well as inside ships. Trade was measured in TEU’s or (Twenty-foot Equivalent Units) instead of thousands of small boxes or pieces. They could be stacked, loaded and shipped as one single unit, reducing the need for cargo handling in ports and harbours. They were specialised Container Ships, Trains and even trucks/logistics, specially geared to carry these metal boxes to their destinations. 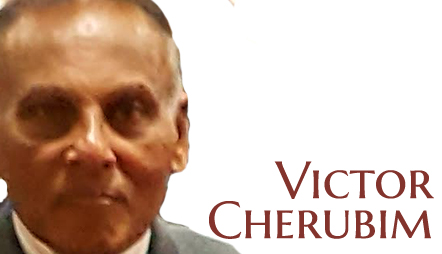 It was these boxes which forced the “interrupted delivery” of almost everything from Christmas gifts to even medical supplies. Today, after COVID-19 because of the noticeable manufacturing delays and supply chain bottlenecks, there is a shortage of these boxes, in the right place, at the right time and at the right price to ship global cargoes.

Importers and export traders now state, they can’t get boxes, what they want, when they want? Whether we read of containers lying at shipping terminals around the world‘s ports blocking the release of cargoes stored in them or about importers and exporters struggling to seek empty containers to clear their consignments from Customs, or to transfer their goods into them for customers abroad, there seems to be a bottleneck in cargo handling.

Up to the disruption caused by the pandemic, firms focussed on operating stock and machinery with as little inventory as possible and not having cash tied up and with inventory just sitting around in warehouses, rather than with their customers’ premises.

The Container has made the world smaller and the world economy bigger, but now has got a lot more complicated that is apparent in solving the supply chain challenge. The fundamental change in consumer behaviour, supply chain and routes are knocking companies off balance. The need of the hour is to adopt agile ways of working and value chain transformation, to help overcome today’s uncertainty.

for consumer goods and construction materials. We have seen shortages and price increases on all sorts of products for months. Inflation is at an all-time high of 5.1% which necessitates Bank of England intervention. The apparent reason is twofold. First, demand is exceeding capacity in production and logistics. Second, lack of supply chain with the system not carrying buffer inventory or capacity to deal with unpredictable, volatile demand.

The problem seems to be escalating around global logistics. The Supply Chain problem is in tandem with factory closures, delays in container availability, and delays in delivery to consumer – all among others, caused by overbuying of goods, called stockpiling, which in turn means enormous growth in spending of goods. Also, there seems to be much stronger trade in goods than people anticipated, causing large increases in the volume of containers moving around the world.

The Container which was meant to reduce time in transit is in longer use for each shipment.

Besides, cost of shipping has increased. This is passed on from exporter to importer to final consumer, causing an inflationary spiral.

The key advantage for the Port City of Colombo which needs to be maximised?

Colombo is a deep water port, able to handle deep draft vessels, VLCC’s (Very Large Container Cargo Vessels not Crude Oil Carriers) it will maintain its position and be able to serve the less deep Indian neighbour ports with “feeder cargo.” Until ports in the sub-continent can compete to handle extra-large Container shipping traffic, there will be transhipment cargoes to be moved. This has to be maintained and preserved at all cost.

It is only a matter of time for the opposite to happen.

Competition within Shipping Lines and Ports for Container traffic

Need I state that international shipping industry has become highly competitive, not only among shipping lines, but also among ports, among importers and exporters?

I consider, this is beneficial to the consumer and for international trade.

Container Shipping has now formed alliances and Sri Lanka has much to gain from being the sole intermodal terminal between Dubai and Singapore. This is a well-known fact to the Government and the Container Operators.