With a steady supply of Kabul cherries till early August and memories alive of bunkering down in Gandamak speakeasy in Wazir Akbar Khan, the news was devastating. The stunning collapse of ANSF, ironically on India’s Independence Day, was the mother of all surprises. So how did the heavens fall, leading to the biggest air-bridge evacuation in history? Six issues are worth scrutiny. 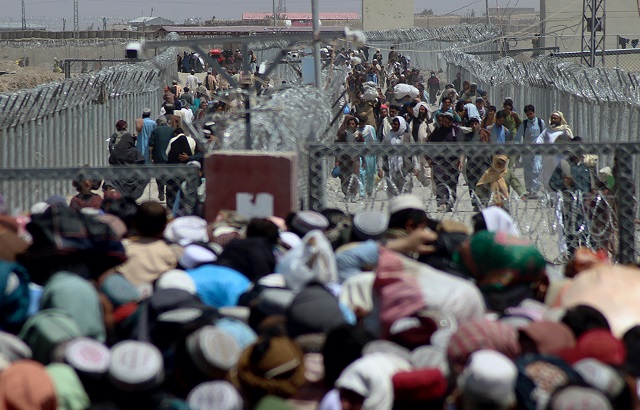 Intelligence debacle: The Taliban takeover was a catastrophic failure of human intelligence stemming from political expediency. Setting a date for withdrawal, absent any semblance of political settlement and without a sustainable presence of the US and Nato forces, was outright irresponsible. Contradictory and fabricated reports by military commanders in the last five years, the latest on April 24 at a secret Pentagon meeting that said the ANSF could hold off the Taliban for one to two years, confounded earlier assessments that had given 30 to 90 days and two to three years for pushback. ‘The Afghanistan Papers: A Secret History of War’ by Craig Whitlock tells it all: of doctored reports on orders of the higher-ups in the Pentagon to make American shining. And never-ending devastation of Afghanistan!

The collapse of will: In 2001, the Taliban were chased out of Afghanistan in 60 days by the US and Northern Alliance with a loss of just four US soldiers and one CIA agent. Now, the US and allies have been driven out after incurring huge costs — 2,422 US soldiers and $2tn. ANSF cave-in was apparently due to discord in the Government; lack of political will; corruption at all levels, especially in military; absence of airpower for ground support and logistics; and failure of the US’ Over-The-Horizon substitute. Tribal loyalties, local deals and currency exchange hastened surrender. But credit goes to Taliban for planning and executing the military offensive — covertly supported by Pakistan whose Special Forces were suitably embedded — while faking engagement in the peace process. The strategy was to deploy sleeper cells, recruit non-Pashtuns and take the north and west first. Village elders did the rest with warlords like Ismail Khan and Rashid Dostum shadowboxing. But the melting of ANSF that lost 60,000 men needs more study. Biden is right: ANSF did not fight; but for different reasons.

Recognition and legitimacy: Many countries, including Pakistan, had said they would not recognise the Taliban if it took power by force. In 1996, only three countries — the UAE, Saudi Arabia and Pakistan — had recognised the Emirate. It survived for five years but Afghanistan went back 10 years. The Taliban is attempting to forge a broad-based inclusive Islamic government which will follow Shariah. An anti-US (and India) coalition that may include Russia, China, Iran and Pakistan (a new Quad) is likely to support the Taliban. Pakistan is expected to be the biggest beneficiary of Taliban 2.0.

A bankrupt Afghanistan: Taliban’s war chest is made up of donations from Islamic countries, drug money, taxation and extortion amounting to $1.5bn, which will not be sufficient. Afghanistan’s GDP of $20bn consists of aid and donations from the west and financial institutions. In 2015, it generated $2 bn which soon reduced to a trickle. Its $10 bn assets in the US are frozen and all aid, except humanitarian, blocked. The Taliban will have to rely on its new friend China to bail it out.

Resistance forces: Every regime change except the last was followed by a resistance leading to civil war. Vice-President Amrullah Saleh, Ahmad Massoud (son of the great Shah Massoud) and Defence Minister Gen Bismillah Khan have threatened to start a resistance from the redoubtable Panjshir valley which has just one entrance from the south. Resistance is unlikely to succeed as, unlike 2001, it has no access to Tajikistan via Badakshan and there is no Northern Alliance. The Taliban claim they have surrounded Panjshir.

Indian evacuation: India was forced to leave Kabul despite the Taliban saying they did not ask India to leave. Taliban was keen that India, a foil to Pakistan, stayed on increasing its strategic autonomy. India has been in Afghanistan for as long as history. Indian diplomats rightly claim that they have won the hearts and minds of Afghanistan but little political influence to shape geostrategy despite investing $3bn. India has been left an outlier, deserted by Russia and Iran who together supported the Northern Alliance. Ayni airbase, India’s strategic asset in Tajikistan, has come of little use; India’s presidency of the UNSC in August despite two key sessions on Afghanistan (August 6, 16) produced only a statement. It is impossible to shape Afghanistan’s environment by “wait and watch”, India’s cardinal strategy of strategic patience or masterly inactivity for most of the last two decades. India is stuck with a discredited America but has a Tajik-Pashtun friend in Abdullah Abdullah, the head of High Council on Peace and Reconciliation who interacted with the Taliban intermittently for two years. He may become part of the interim Government and India’s foot in the door.