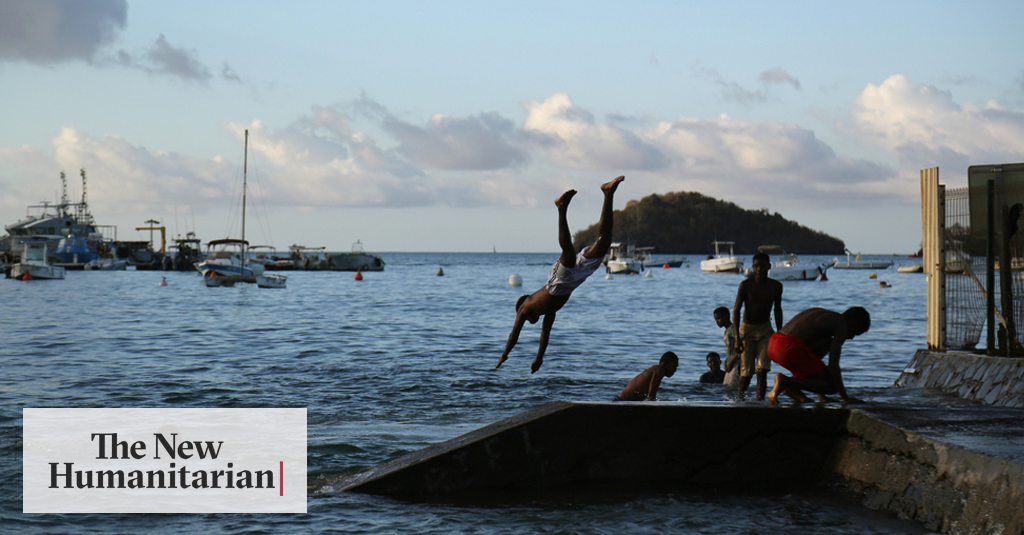 Faced with tightening borders in Australia and elsewhere, hundreds of Sri Lankan asylum seekers are instead turning to a new migration route stretching 4,000 kilometres across the Indian Ocean.

Since January 2018, at least 291 Sri Lankans have boarded fishing boats or makeshift rafts to reach the tiny French territories of La Réunion and Mayotte off the coast of Madagascar, the UN’s refugee agency, UNHCR, reported this month.

The majority of recent arrivals have been turned away and deported before applying for asylum, their claims declared “manifestly unfounded”, according to reports from French authorities. Of 70 Sri Lankans who arrived in February, for example, only six were allowed in, though all asked for asylum, the government on La Réunion said. The remainder were deported to Sri Lanka within days.

“New roads are gradually being set up towards the south of the Indian Ocean.”

The emergence of the route southwest to La Réunion and Mayotte is driven in part by crackdowns on Sri Lankan boat journeys to more common destinations including Southeast Asian nations and Australia, according to Delon Madavan, a researcher who studies South Asian diaspora communities at the Centre d’Études de l’Inde et de l’Asie du Sud in Paris.

Australia bars asylum seekers who arrive by boat from resettling in the country even if their refugee claims are eventually approved. Controversial offshore detention policies saw thousands of asylum seekers sent to Nauru and Papua New Guinea’s Manus Island, where the UN, Médecins Sans Frontières, and others have documented a mental health crisis among people detained for years. Since May, Australian authorities have reportedly turned away six boats carrying asylum seekers from Sri Lanka.

“New roads are gradually being set up towards the south of the Indian Ocean” because of hardening immigration laws and “severe conditions of detention”, Madavan told The New Humanitarian.

Sri Lankans are also drawn to La Réunion in particular because of a large population of South Indian Tamils: “There is a potential network in these receiving islands, which may give support to asylum seekers from Sri Lanka,” Madavan said.

More than 4,000 Sri Lankans, mostly Tamil minorities, applied for asylum in European countries last year – about 2,000 in France, which has a large Tamil diaspora. The number of yearly applicants has fallen by about half in the last decade.

Sri Lanka’s bloody civil war – between insurgents drawn from the mostly Hindu Tamil minority and the army and government, which are dominated by the Sinhalese Buddhist majority – ended in 2009. But rights groups say violations, including arbitrary detention, torture, and rape, have continued. Recent political upheaval in Sri Lanka may also be driving asylum claims in France: a growing number are minority Muslims and Christians fleeing violence blamed on Buddhist extremists, according to a May report from OFPRA, the French government department that oversees refugee claims.

Rights groups have criticised asylum policies in France’s overseas territories – particularly in Mayotte, where people from nearby Comoros, as well as people from Democratic Republic of Congo, Burundi, and Rwanda made up the majority of asylum applicants last year.

In a 2017 report, France’s human rights commission said seeking asylum in Mayotte was “mission impossible” for Comorians in particular, with new arrivals often detained and deported before asylum requests are recorded.

Anafé, an association of French organisations that work with refugees and migrants, says maritime border patrols around Mayotte have become a “quasi-military arsenal, rendering access more and more difficult”.

Asylum claims to La Réunion have been comparatively few: only 18 claims were lodged last year, according to OFPRA statistics.

But under French law, asylum seekers can be refused entry before applying if their claims are determined to be “manifestly unfounded”.

In one recent case reported by French authorities, 34 of 120 Sri Lankans who arrived on board a rickety ship in mid-April were allowed to apply for asylum. The rest, including three children, were barred from lodging their claims, and 60 of them were deported by the end of the month – accompanied by dozens of police and gendarmes.

(TOP PHOTO: People jump into the sea on the French overseas island of Mayotte, in the Indian Ocean, on 29 September 2019.)