I describe this propaganda as “slick” because—as is the case with all the best disinformation—it’s all true as far as it goes.

Look out, everybody! There’s a new threat that the US intelligence agencies (and their mouthpieces in the corporate-controlled media) want you to be afraid of: DNA exploitation.

Yes, the US National Counterintelligence and Security Center (NCSC) released a report earlier this year warning that the Chinese government was involved in gathering information from public health databases and large genomic data sets that could be used to precisely target individuals in foreign governments, private industries, or other sectors for potential surveillance, manipulation, or extortion. 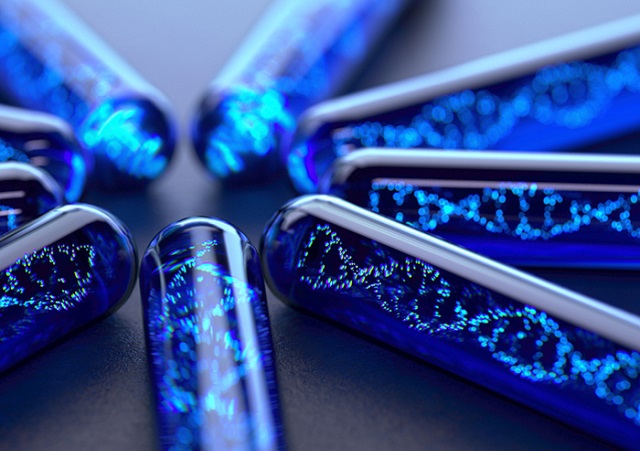 And if all that wasn’t enough to give you the heebie-jeebies, they’ve followed that up with a new report on “Protecting Critical and Emerging US Technologies from Foreign Threats.” This latest screed warns us that the very same genetic technologies that are being so heavily touted as “the future of medicine” for their ability to design and tailor disease therapies to an individual’s genome “also can be used to identify genetic vulnerabilities in a population.”

But wait . . . isn’t this what people in the alternative media (including myself) have been warning about for years now? You know, DNA surveillance and genetically tailored weapons and other such “tin foil hat” stuff? So why is the US government ringing the alarm on these developments now? What gives?

For a clue to what’s really happening here, we need to turn to a particularly slick piece of “reporting” from everyone’s favourite propaganda rag, The New York Times. On October 22nd, they published “U.S. Warns of Efforts by China to Collect Genetic Data,” which is a master class in media mendacity.

The article starts by telling us that “Chinese firms are collecting genetic data from around the world, part of an effort by the Chinese government and companies to develop the world’s largest bio-database,” a claim it attributes to “American intelligence officials.” It then proceeds to deliver 21 paragraphs detailing the ways that the ChiComs are assembling their bio-database before throwing in some intellectual property theft fearmongering for good measure.

I describe this propaganda as “slick” because—as is the case with all the best disinformation—it’s all true as far as it goes.

The NY Times report does draw attention to BGI Group, a Chinese genome sequencing company that is using a neonatal genetic test that it developed to collect genetic data from millions of women around the world. And it does offer an interesting tidbit about WuXi Biologics, a Chinese biotech firm that purchased a Pfizer manufacturing plant in China earlier this year and which made an investment in DNA data harvesting operation “23andMe” back in 2015. But that, unfortunately, is about as far as it goes.

Precisely what are the Chinese going to do with their growing DNA database? There are vague allusions to the things that could be done with such a repository of genetic information, but—other than an assertion (citing a 2019 NYT report) that “China uses genetic tests to track members of the Uyghurs”—there’s scarcely an accusation to be found.

And exactly what are “American intelligence officials” reporting about this threat, anyway? Careful readers will pore through the Times article in vain searching for the title of the new NCSC report, let alone a link to it (like the one I provided above).

No, we can safely file this piece of “journalism” from the Old Gray Presstitute in the “Cold War 2.0” file. This is just another attempt to remind the public of the big bad Chinese bogeyman and to provide us with yet another reason for regarding President-for-Life Xi and his commie friends as an existential threat. (“I only hope Uncle Sam and his virtuous intelligence agents can save us!”)

As usual, what the New York Times leaves out of its report is more important than what it puts in. What it leaves out is that this threat of DNA exploitation, real as it is, is being actively pursued by governments around the world (the US being no exception) and—also as usual—there are no good guys in this contest.

Take the DNA database problem. Yes, the Chinese are collecting genetic information on people around the world, as the Times accurately reports, but the ChiCom’s genebank isn’t the largest DNA database administered by a national government. That dubious honour goes to the UK government. Don’t worry, though; the Americans aren’t far behind. And the Aussies are in the race, too. In fact, as I first reported in 2009, if you were born in a hospital in the Western world in the past 50 years, your genetic material has been collected and stored by the state to be used by the military or even private contractors for “scientific research purposes” without your knowledge or consent.

So what can be done with this type of data? On the cute end of the spectrum is “DNA shaming,” a concept that was introduced to the world by ad agency Ogilvy & Mather for their “Hong Kong Cleanup” campaign of 2015. As I reported at the time, the idea was to reduce littering by collecting litter from the streets, extracting the genetic information of the litterer from the item, using DNA phenotyping to construct a creepy computer-assembled image of the face of whoever dropped the garbage in the first place and then plastering fake “Wanted” posters of that person around the spot where the litter was collected.

What fun! And I’m sure glad this technology that could never be abused by a tyrannical goverenment!

However “fun” or “cool” (or controversial) the Hong Kong Cleanup was intended to be, it gives us a glimpse as to what will be possible as governments start using biotechnology to create genetic surveillance systems for its population. You might have thought that GATTACA was just a fun sci-fi flick, but a future where we are genetically screened, surveilled and categorized by the government from birth is an increasingly likely possibility.

In the meantime, we know that the largest private DNA databases in the world—including those maintained by 23andMe and Ancestry.com—will gladly hand over your data when asked by law enforcement. Even if you have never directly supplied your DNA to one of these services, the genetic information of one of your relatives can still be used against you in the increasingly Orwellian biosecurity police state.

And if for some reason you aren’t concerned about the abuse of such data by the “authorities,” you should probably be concerned about these companies and their backers anyway. Although the Times makes a big stink over the 1% ownership stake that the Chinese WuXi Biologics has in 23andMe, they’re oddly silent about the fact that the company was co-founded by Anne Wojcicki, ex-wife of Google co-founder Sergey Brin, whose company is dreaming of constructing a “selfish ledger” of information that knows more about us than we know about ourselves and of using that knowledge to direct our lives.

But if you find the surveillance implications of these technologies creepy, just wait; it gets even worse! As even the NCSC report on emerging threats cited above concedes, your genetic information can and will be used by bad actors to construct more deadly pathogens and bioweapons, ones that could tailor diseases for certain races or even for you individually:

“The powerful technologies harnessed by the bioeconomy also can lead to national security and economic vulnerabilities. For example, biotechnology can be misused to create virulent pathogens that can target our food supply or even the human population. Genomic technology used to design disease therapies tailored to an individual also can be used to identify genetic vulnerabilities in a population.”

Hmm…using genetic information and advanced technologies to create more effective bioweapons, huh? Where have I read that before?

Oh, that’s right. It’s literally in the same PNAC document (“Rebuilding America’s Defenses”) that was calling for a “new Pearl Harbor” the year before 9/11:

“Information systems will become an important focus of attack, particularly for U.S. enemies seeking to short-circuit sophisticated American forces. And advanced forms of biological warfare that can ‘target’ specific genotypes may transform biological warfare from the realm of terror to a politically useful tool.”

Yes, sadly this is no longer the stuff of science fiction. The mad dash to collect genetic information on as many people as possible is already happening and that data is (surprise, surprise!) being weaponized against you as the bars of the biosecurity prison begin to close around us.

But don’t expect to read about that in the New York Times.