American citizens are losing interest in the US proxy war against Russia as many people begin to question why billions of dollars in aid is going to the Ukrainians when there are a truck-load of problems in the homeland.

With Memorial Day just around the corner in the United States—signifying remembrance day for US troops who have died in US war’s around the globe and also the beginning of the summer vacation season—Americans are faced with higher food and gas prices, drought in the South-west, along with the prospect of a recession caused by the Federal Reserve’s interest rate hikes as it seeks to tame ballooning inflation rates. Americans also were reminded of the maniacal use of firearms as, apparently, a White Supremacist, took the lives of 10 people is a grocery market shooting spree in Buffalo, New York. 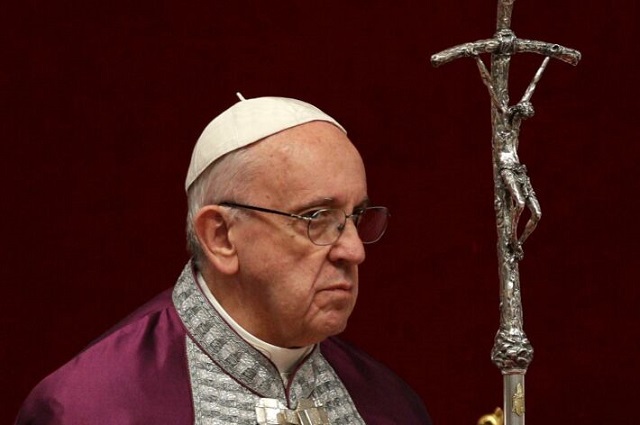 All this has had the effect of bumping down coverage, or should we say, propaganda, of the Russian-Ukraine conflict. The US mainstream media, particularly the New York Times and Washing-ton Post, is trying its best to keep the US proxy war against Russia top line, front-page news, but issues like those mentioned above and the leaked draft of the Roe v Wade (women’s right to an abortion), which denotes both a swing to the right in the US and a further fracture in the US political system, are overtaking coverage of a conflict thousands of miles away in a foreign land.

In short, American citizens are losing interest in the US proxy war against Russia as many people begin to question why billions of dollars in aid is going to the Ukrainians when there are a truckload of problems in the homeland.

According to a House Appropriations Summary of the Ukraine Supplemental aid bill the Ukrainians get the following:

Administration for Children and Families – $900 million to provide refugee support services, such as housing, English language classes, trauma and support services, community support (including school impact grants), and case management, for arrivals and refugees from Ukraine. What happened to the Afghanistan refugees?

$8.766 billion for the Economic Support Fund to respond to emergent needs in Ukraine, provide needed budget support to assist with Ukraine’s continuity of government, and counter human trafficking. Includes $760 million to prevent and respond to global food insecurity. What about the baby food shortage in the USA?

Who can say how long the US proxy war against Russia will last? But it seems time to start thinking about some sort of peace treaty between Ukraine/USA and Russia and who could broker an armistice. On the ground, Russia continues to advance slowly in the Donbas, along the line of contact and has largely secured its new territory in Kherson, Melitopol, Mariupol and elsewhere along the Black-Azov Sea Coastlines. Reports indicate that in many areas under Russian control food aid for people has been steady, reconstruction of buildings is beginning, and the citizens are using rubles to purchase goods and services. Russia inevitably is building defenses in the areas taken—at great cost in Russian lives and treasure—to blunt Ukrainian counterattacks there which are sure to come.

As the fighters in the Azovstal plant (the Ukrainian Alamo) continue to make news, Denis Pushilin, the head of the Donetsk Peoples Republic (DPR), has stated this according to the New York Post: The task is to make Mariupol a resort city, which has not been possible to do before. Pushilin said the Azovstal plant, the last place where Ukrainian soldiers and civilians remain, had “negatively affected the ecology of the city,” according to the reports. If Azovstal is not restored, then we will make a resort town,” Pushilin said, promising jobs and income to the largely razed city.”

People in the Russian areas of control are getting back to some sort of normalcy with work and play. They are getting on with their lives and work, so to speak.

Russian forces have withdrawn from the immediate suburbs of Kiev and Kharkiv. The initial deployment of Russian troops in the suburbs was to draw away Ukrainian manpower and weaponry from other areas of the battlefield. The USA has reported this as a retreat and victory for Ukraine but that is a shady take on the matter. The amount of Russian troops necessary to take the two most populace cities would have to have been triple the amount that are there now. Grozny still is in the minds of Russian military leaders.

Pope Francis would seem to be an ideal candidate to broker peace between The Punk of Ukraine, ZelinskyyZelinesky and the President of Russia, Vladimir Putin. After all, it is the Pope’s job to bring peace where there is war. Yes, the Catholic church’s track record of child abuse and old man conservatism is well known, but Pope Francis has tried to atone for the sins of the church just as he has tried to fight against the conservatism of his peers.

The Pope would put President Joe Biden’s proclaimed Catholic faith to the test if Biden refused to endorse a peace treaty or even to meet with the warring parties. He could bring shame upon the American president before the world as a hypocrite of the highest order called out by Christ in the Bible.

According to David Smith writing in The Critic, Pope Francis might be the ideal broker based on his experience in Argentina with the former military government there:

“The Pope — aka Father Jorge Bergoglio from Flores, intensely proud of all things Argen-tine, from his favourite morning medialunas (croissants, yes, shaped like a half-moon) to his football team, San Lorenzo, (named, yes, after a Saint, Lawrence, champion of the poor) — has a goal. And, clearly, he believes he can make the other half say, “Yes”. Especially when he senses that he’s faced that other half, one Vladimir Putin, in another guise, at another time, in a uniquely Argentine war.  Since the third week of Russia’s invasion of Ukraine, Pope Francis has been asking Putin for a meeting. Despite his age, and increasing signs of ailments at 85, Father Jorge has made the Vatican’s diplomatic corps tell the Kremlin repeatedly that he wants to travel to Moscow to see Putin, and then go on to Kiev for Ukraine’s President Zelenskyy. “In the name of God, stop this war!” Pope Francis declared in a rare interview the other day with Italy’s leading newspaper, Corriere della Sera. He insisted that his de facto Foreign minister, Cardinal Pietro Parolin, has been messaging Putin directly. “We have received no answer whatsoever, but we keep pressing them on this issue,” Francis disclosed.’”

Putin will not cede any territory gained during his military campaign. He’d be pilloried at home for such an action by citizens and soldiers alike. Therefore, Zelenskyy and the USA have to understand that ceding back areas taken under control by Russia is non-negotiable. Russia could be persuaded, perhaps, to help rebuild a portion of Ukraine’s infrastructure but that would have to come with some sanctions relief. Recognition of Crimea and new Russian territory in Ukraine should be undertaken by the international community. There is a possibility that the US military-intelligence community would be ordered by President Biden to run a series of terrorist attacks against Russia in the newly won areas they control, post peace treaty.

It is clear that after the war the European Union as an independent economic and military block will exist solely on paper. The NATO countries have now become totally subservient to the United States for their existence. They are the newest entry to America’s puppet show.

Al Jazeera reported that Zelenskyy has millions of dollars in offshore accounts. “Files obtained by the International Consortium of Investigative Journalists (ICIJ) and published on Sunday claimed that Zelenskyy and his partners established a network of offshore companies back in 2012. The Pandora Papers are based on documents leaked to the ICIJ and exposed the offshore dealings of kings, presidents and prime ministers, including Jordan’s King Abdullah II, Czech Prime Minister Andrej Babis and Kenyan President Uhuru Kenyatta. According to its findings, two of the off-shore companies belonging to Zelenskyy’s partners were used to buy three lavish properties in central London.”

And here is Mike Whitney writing in the UNZ Review about Zelenskyy’s future:

“Zelenskyy has been acting on orders from Washington from the get-go. We know that. He’s also been implementing Washington’s agenda not his own and certainly not Ukraine’s. We know that, too. But that does not absolve him from responsibility…He’s sending men to die in a war he knows they can’t win; he’s inflicting incalculable suffering and injury on his own people for no reason at all; and –worst of all– he’s cleared the way for the dissolution of Ukraine itself, the country he was sworn to defend. That country is going to be broken into bits as part of a final settlement with Russia, and Zelenskyy will share a good part of the blame. How does a man like this live with himself?…Does Zelen-skyy know that NATO is a Washington-controlled Alliance that has engaged in numerous acts of aggression against other sovereign states? Here’s a shortlist of NATO’s accomplishments:

Poland: We Want Our Territory Back!

In Poland and Ukraine people know their history like it happened yesterday. There are many reports floating around online about a possible Polish peacekeeping force being deployed in Western Ukraine or Transnistria that borders Moldova. There are also reports of hardline Poles who want to take back “their” territory held after World War I. However, Poland acts it will be the USA-NATO calling the shots, perhaps. It is difficult to contain a proxy war within confined borders as the US is conducting (and learning of its global ramifications) in Ukraine, just as it is troublesome to know where all the US cash and weapons are going: To Ukrainian soldiers? Terrorists in the middle east? Bank accounts of Ukrainians? The Black Market?

At any rate, here is what is probably on the minds of some of the Polish leaders these days. With Ukraine weakened due to the conflict with Russia, why not take a chance on grabbing some new-old space. According to the Warsaw Institute:

“In November 1918, Ukrainian-Polish battles for Lwów began. Poland was fighting against the newly-created West Ukrainian People’s Republic. The Ukrainians lost and in July 1919, the entire area of so-called Eastern Galicia (previously belonging to the Austro-Hungarian Empire) found itself in Polish hands. In 1923, the Council of Ambassadors recognized the sovereignty of Poland over this territory. Three provinces were created there: Lwów, where Poles accounted for 57 percent, and Ukrainians 34 percent, Stanisławów — 22 percent Poles and 69 percent Ukrainians, and Tarnopol — 49 percent Poles and 46 percent Ukrainians. The Volhynia Province (belonging to the Russian Empire during the First World War) was also nationally mixed, with only 17 percent Poles, and 69 percent Ukrainians.”

John Stanton can be reached at jstantonarchangel.com