Why then is 10 percent of the world’s population facing food insecurity; and why are a fifth of the world’s children having their growth stunted from a lack of nutrition?

At present, 800 million people are not eating sufficient amount of food, and 45 million are on the brink of starvation. This is a striking indictment of a society where the richest earned $4tn in the first year of a global pandemic. 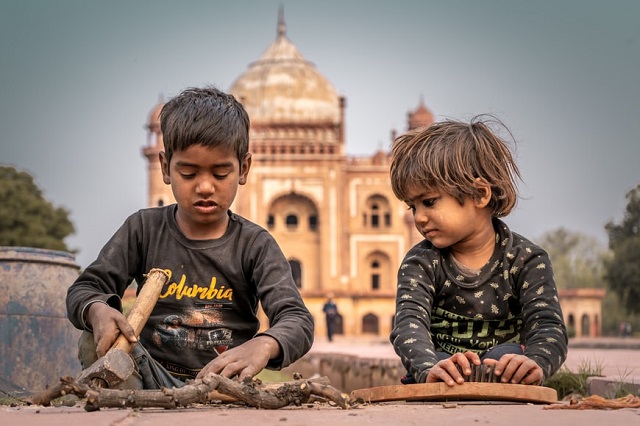 Over the past few months, the stark reality is that 23 million people in Afghanistan have faced acute food insecurity, and 9 million are at “emergency levels”, according to the IPC (Integrated Food Security Phase Classification). On the tiny island nation of Madagascar alone, 300,000 people face famine of the highest classification. There are 16 million people in Yemen facing acute food insecurity. The list goes on.

For centuries, human beings endured starvation because of a lack of food. Crop failures would plunge millions into starvation, because there was no food to be had. Human beings were subject to the whims of nature: droughts, floods, cold spells and all manner of disasters. With a local economy with limited trade, it was impossible to make up the shortfall in one region with the production of another. But this is no longer the case.

We are currently producing more than enough to feed the entire planet. The amount of cereal production would be sufficient to feed everyone in the world twice over, with its highest yield ever of 2.8tn tonnes (the equivalent of 1kg per person per day). We have a network of world trade unparallelled in history. 11 billion tonnes of cargo are transported on the seas every year.

Why then is 10 percent of the world’s population facing food insecurity; and why are a fifth of the world’s children having their growth stunted from a lack of nutrition?

Recently, the Executive Director of the World Food Programme, David Beasley, wound up in a Twitter spat with multi-billionaire Elon Musk. Beasley asked billionaires to donate $6bn to save the lives of 42 million people. Musk attempted to sow doubts about the claim, asking Beasley to provide “open source accounting” (whatever that means) to show how the money was spent.

One might ask Musk to do the same thing with his own companies, which are kept afloat thanks to massive injections of public money, but one suspects he’d take great offence at this.

Please publish your current & proposed spending in detail so people can see exactly where money goes.

Sunlight is a wonderful thing.

If the world’s billionaires were to give up 0.15 percent of the $4tn they earned last year, we could stop people starving to death this year. Presumably, if they gave up 3 percent, we could then ensure the 800 million people going hungry had enough to eat.

But, as Beasley found out, it’s very difficult to get the world’s capitalists to part with their money. Musk is also very much opposed to the idea that he or people like him should be paying more tax.

The world’s richest nations aren’t any more forthcoming. Whilst the need for aid has increased dramatically, the richest nations have cut their funding. Support for Syrian refugees and refugees in East Africa have been slashed, and food rations cut by half.

The truth is that the capitalist system has no interest in providing for the hundreds of millions that are going hungry. The problem isn’t that the food isn’t there, but that the poor can’t afford to buy it. If modern agricultural techniques, including mechanisation, were put to proper use on the basis of a rational plan, we could increase our supply of food further still. But there’s no profit to be made in that either.

Charities, NGOs and the UN’s World Food Programme are sticking plasters that attempt to alleviate the worst starvation, but they are completely incapable of solving the problem of hunger. They basically survive by begging the wealthy to part with their money, and they get very little in return. The capitalist system is inflicting this misery on the world’s poor, and it provides little in the way of relief.

We already have all the resources necessary to satisfy the basic needs of the world’s population. By ending food waste, and investing in better technology, we could not just only meet these basic needs, but ensure a decent living standard for all, and in a sustainable way.

But this would only be possible under an economic system of rational planning to fulfil human need, of organising the world’s resources for the benefit of the workers, the peasants and the poor of the world, not the profit of a tiny group of billionaires.