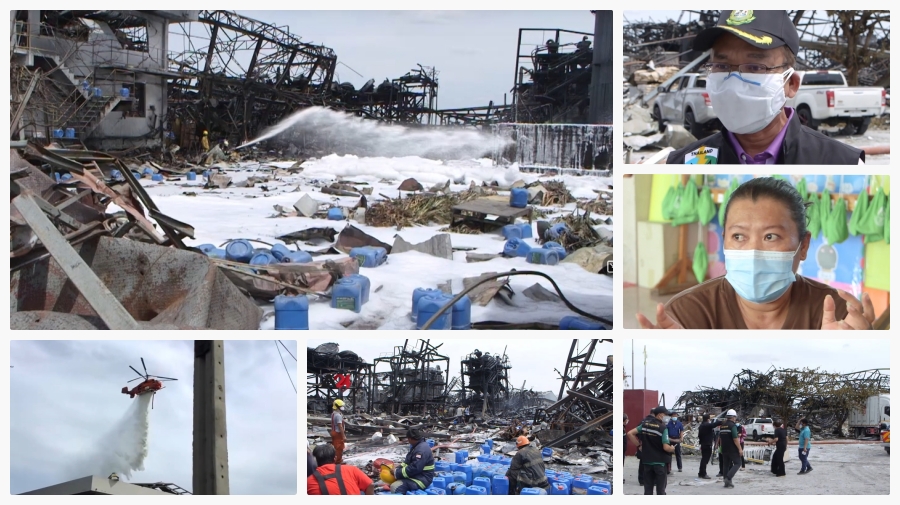 A massive explosion in a factory on the outskirts of the Thai capital, Bangkok, on Monday, killed at least one person. It injured 40 others, in addition to destroying the windows of neighbouring homes, sending debris into the air and forcing thousands to evacuate their homes amid fears of toxic fumes emerging from the factory fire. Firefighters used helicopters to douse the fires in hard-to-reach areas of the large chemical factory complex. Evacuation centres have been set up in schools and government places for people forced to leave their homes.

“Ming Dih factory is a chemical factory. They use polystyrene (PS), which affects the nervous system and brain and is a carcinogenic toxin. If a person is exposed to it in large quantities, it will cause unconsciousness.”

one of the survivors said:

“I woke up to the sound of an explosion, people were screaming, there was smoke and fire in the sky. I saw the factory was burning.”

“It was about three in the morning, I heard a loud explosion. I was sleeping and people were gathering outside looking at the smoke of the big flames. There were sirens and ambulances for the firefighters. In the morning, we were ordered to evacuate as there were more explosives and chemicals.”

one of the Firemen said:

“We didn’t have time to pack our essentials. We ran out of the area as fast as we could. At this time, we’re not sure we’d be able to go home again.