The travel industry has fallen into melancholy and is engaged in a desperate negotiation with tragedy.

We have the instruments to have safe travel. Let’s use those instruments to avoid this kind of, allow me to say, travel apartheid, which I think is unacceptable…   Antonio Guterres, Secretary General, United Nations

The United Nations Secretary General, as reported by Reuters, went on to say that travel restrictions imposed over COVID-19 that isolate any one country or region as “not only deeply unfair and punitive – they are ineffective.”  Mr. Guterres was supported by African Union Commission Chair Moussa Faki Mahamat at the joint news conference with Guterres after the annual meeting between the United Nations and the African Union recently. Mr. Mahamat  is reported to have said “these travel bans are not justified”.  The Guardian quoted Sarafa Tunji Isola, the Nigerian High Commissioner to the UK, who, while protesting vehemently against border closures over heightened concern over the Omicron variant’s discovery in Africa said:  “The reaction in Nigeria is that of travel apartheid. Because Nigeria is actually aligned with the position of the UN secretary general that the travel ban is apartheid, in the sense that we’re not dealing with an endemic situation, we are dealing with a pandemic situation, and what is expected is a global approach, not selective. Omicron is classified as a mild variant – no hospitalization, no death. So the issue is quite different from the Delta variant. I mean, the position has to be taken based on scientific and empirical evidence. It is not a kind of panicky situation”. 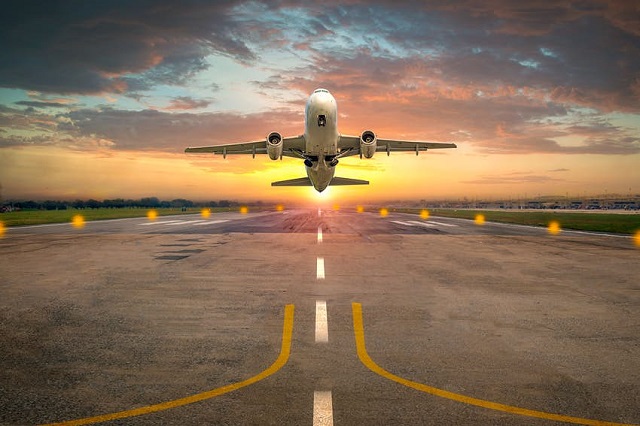 The World Health Organization (WHO) has advised against a first response of a travel ban saying that countries should continue to apply an evidence-informed and risk-based approach when implementing travel measures in accordance with the International Health Regulations. Advocating stringent risk management, WHO says: “ [B]lanket travel bans will not prevent the international spread, and they place a heavy burden on lives and livelihoods. In addition, they can adversely impact global health efforts during a pandemic by disincentivizing countries to report and share epidemiological and sequencing data. All countries should ensure that the measures are regularly reviewed and updated when new evidence becomes available on the epidemiological and clinical characteristics of Omicron or any other Variant of Concern”.

Fareed Zakaria on his program GPS on CNN recalled the words of former Prime Minister of the United Kingdom Gordon Brown, who, in October had cautioned the world of a mutation coming out of Africa or Asia and implicitly called for widespread vaccination across the world.  In Mr. Brown’s words: “we in the West may feel safe and blessed at the moment because we’ve had the vaccines but we may find a new variant that comes out of Africa or Asia, where people have not been vaccinated and are not protected, and it obviously isn’t susceptible to the vaccines that we have at the moment”.

In his usual take at the beginning of the program, Zakaria got to the root of the problem – the issue of iniquitous vaccine distribution: “But the world is now producing 1.5 billion doses of vaccine monthly. The problem has been one of distribution, or to put it bluntly, of the rich world hoarding vaccines at the expense of the poor. According to the health analytics company Air Finerty, by the end of March 2022, the G7 and E.U. are projected to have a surplus of 880 million vaccines, and this is assuming 500 million more donations to poor countries are made and every adult in these countries, the G7 and the E.U. are fully vaccinated plus receiving a booster. It’s estimated that 51 million of the doses stored by Western countries will expire and have to be thrown away by the end of this year if they are not used, and yet they sit stockpiled while the poorest 1.6 billion people in the world have about 5 percent of the world’s vaccinations”.

At first, the travel ban against air transport from African countries was seen mostly from North America and countries in Europe, as I mentioned in an earlier article. However, the practice of shutting down borders as the first response has spread to other parts of the world.  For instance, CNN Travel reports that Angola announced that it will close its borders with seven countries in southern Africa; in Argentina, passengers entering the country who have been anywhere on the African continent within the last 14 days before their arrival to the country must undergo a mandatory 14-day quarantine upon landing; Australia has suspended all inbound and outbound flights to Botswana, Eswatini, Lesotho, Malawi, Mozambique, Namibia, Seychelles, South Africa and Zimbabwe for at least 14 days and has banned foreigners with a travel history to these locations within the previous two weeks from entering. These are just countries at the top of the alphabet and the list goes on enumerating 44 countries so far.  Included is Sri Lanka which has banned the arrival of any foreigners who have been in South Africa, Botswana, Lesotho, Namibia, Zimbabwe and Eswatini in the past 14 days. Sri Lankan citizens arriving from the listed countries must spend 14 days in quarantine at home.

The travel industry has fallen into melancholy and is engaged in a desperate negotiation with tragedy. Zane Kerby, President and CEO of American Society of Travel Agents (ASTA) is reported to have said that the new bans are “inflicting additional economic damage on the already-crippled travel industry…Country-specific travel bans are too blunt an instrument and often create unintended but substantial economic and societal damage.”

The International Civil Aviation Organization (ICAO) – the UN specialized agency handling issues of international civil aviation – also urges States to follow the best available scientific evidence in handling the new variant of concern. In a special statement on the Omicron crisis ICAO has urged “a more measured and evidence-based approach to countries’ national air transport restrictions due to the emergence of the SARS-CoV-2 Omicron variant”. This statement is reported in Trade Arabia which goes on to say: “  Until more detailed assessments are available, the UN aviation agency is encouraging countries to continue combating the spread of Covid-19, and specifically the Omicron variant, using the recommendations and guidance contained in the ICAO Council Aviation Recovery Task Force’s (CART) Take-off Guidance for Air Travel through the Covid-19 Public Health Crisis, in addition to the third edition of ICAO’s Manual on Covid-19 Cross-Border Risk Management.

Speaking of apartheid, it is interesting to note that the ICAO Assembly, at its 17th Assembly in 1970/71 adopted a Resolution condemning Apartheid in South Africa based on the Preamble to the Chicago Convention. Aviation and peace are glued by the practice of diplomacy, which ICAO has had to employ to resolve ongoing as well as potential disputes. From the inception of regulated civil aviation in 1944, diplomacy has been inextricable from policy making and dispute settlement in affairs of aviation.

Varied and chronologically sequential instances where ICAO has been requested by its Member States to address contentious issues relating to civil aviation are reflective of the importance of political considerations that underlie such disputes. Although political contentions may exist between states, which is a natural corollary of Statecraft and international politics, it is not the purview of an international organization to address political motivations of individual states when considering issues referred to it or adjudicating disputes between states. In this regard, ICAO has trodden a delicate line between diplomacy and objectivity.

Perhaps it would be opportune for both ICAO and WHO to issue a strong joint statement on this so called “travel apartheid” that would nudge States to cooperate better in a spirit of equity and understanding?

Dr. Abeyratne is a 40-year veteran in the aviation industry and currently teaches aviation law and policy at McGill University.  He is a former senior professional at the International Civil Aviation Organization. His latest book Post Pandemic Facilitation of Air Transport is due to be released in early 2022.  Aviation and Pandemic Law authored by him was released by Springer in July 2021.