‘Vikram Batra cuts his thumb and filled my maang with his blood,’ says Dimple Cheema while recalling his memories. 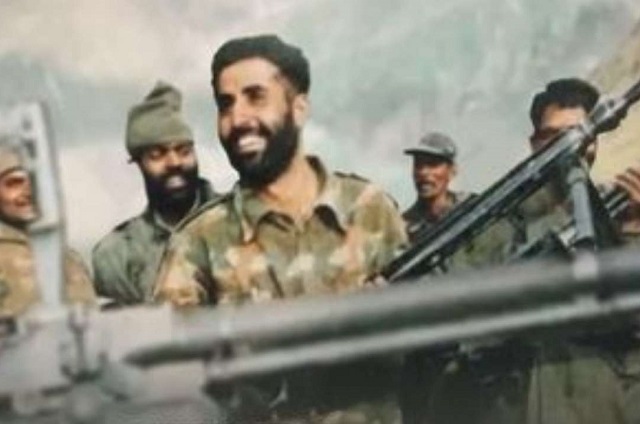 When Captain Vikram Batra was doing his MA in English from Punjab University, he met his love. They started off as friends and then their relationship blossomed into love. Both had promised to marry and live with each other.

Vikram Batra and Dimple Cheema both fell in love while studying at Punjab University in Chandigarh. They both used to visit Mansa Devi Temple and Gurudwara Shri Nadasaheb regularly. Recalling an incident at that time, Dimple says that once after completing the Parikrama, Vikram Batra suddenly said to Dimple, ‘Congratulations Mrs. Batra ‘. Do you have any idea that we are completing this Parikrama for the fourth time? ‘ Dimple was speechless on hearing this. Vikram Batra had a dedicated spirit and commitment to the relationship, she says.

While visiting Mansa Devi Temple and Gurudwara Shri Nadasaheb once, Dimple asked Vikram Batra about marriage and Vikram Batra pulled a blade out of his pocket and cut off his thumb. Vikram Batra then filled Dimple’s ‘maang’ with blood coming from his thumb. Dimple was surprised and happy at the same time. She said to Vikram that you are totally a filmy personality.

Unfortunately, fate did not allow this love story to be completed. Captain Vikram Batra was 25 years old when he was martyred during the Kargil War. While his parents were preparing for their marriage, 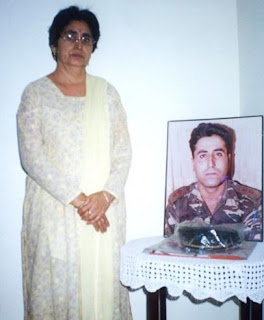 Captain Vikram Batra’s father GL Batra describes their bond as true love, he shares, “He had informed us about his special friend and asked us to stop looking for a girl to marry him. Both of them were 100% devoted to each other. The family had decided that they would be married off when Captain Vikram Batra returned from the Kargil war.”

The martyr’s father said, “Till today that girl has not married, they have decided that she will now spend her whole life with the help of the memories of Vikram Batra”.

Sidharth Malhotra, will soon be seen as Kargil hero Vikram Batra in the upcoming film Shershaah. The film, which borrows its title from the martyr’s codename, also stars Kiara Advani as his love interest Dimple Cheema